Identification on an apple variety

I know this is a long shot and not much to go on, but I’m hoping you guys could help me out.

My friend and I were in 6th grade and he brought an apple to school and shared it for lunch. I SWEAR it was black, and not like a King David or Arkansas Black. I mean BLACK. Blacker than a black plum. It was yellow inside just like a plum too, but had a star with 6 seeds instead of a plum pit inside. It was freaking rock hard too, harder than a potato. Kinda starchy, but it was really good. About the size of a baseball It’s like nothing I’ve ever seen before.

I’d really like to know what kind of apple this could even be possibly close to. I’ve never found one like that since.

I’ve asked my friend for a cutting of the tree to graft because this is just a weird fruit, and he doesn’t know where it is anymore.

I know I’m insane, but thanks anyway

How many years ago was that. Time period could be helpful.
Let us know the location where your friend got that apple from. The county and state would be good.

You never know some members here may be able to figure it out.

Calhoun co WV about 10 years ago

My guess is it was in fact an Arkansas Black … everything else matches up. They vary in how dark they are, sometimes they are so dark they look black. Here is a picture for example of some very dark AB’s: 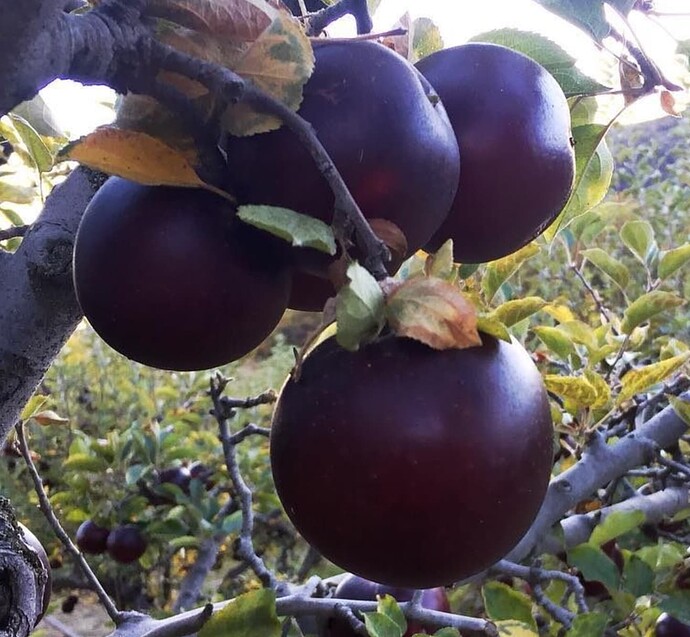 I thought Arkansas black apples were greenish tinted inside, kinda like a Granny Smith. I may be mistaken, if I am, then it’s definitely an Arkansas black and I have 2 of those trees in my orchard.

Ngl. Coulda been a fever dream. This thing was everything plum, except no pit and rock hard. It was yellow inside like a golden delicious.

Well poo. I guess that’s what it is.

Yes they are hard like a rock but not always black. 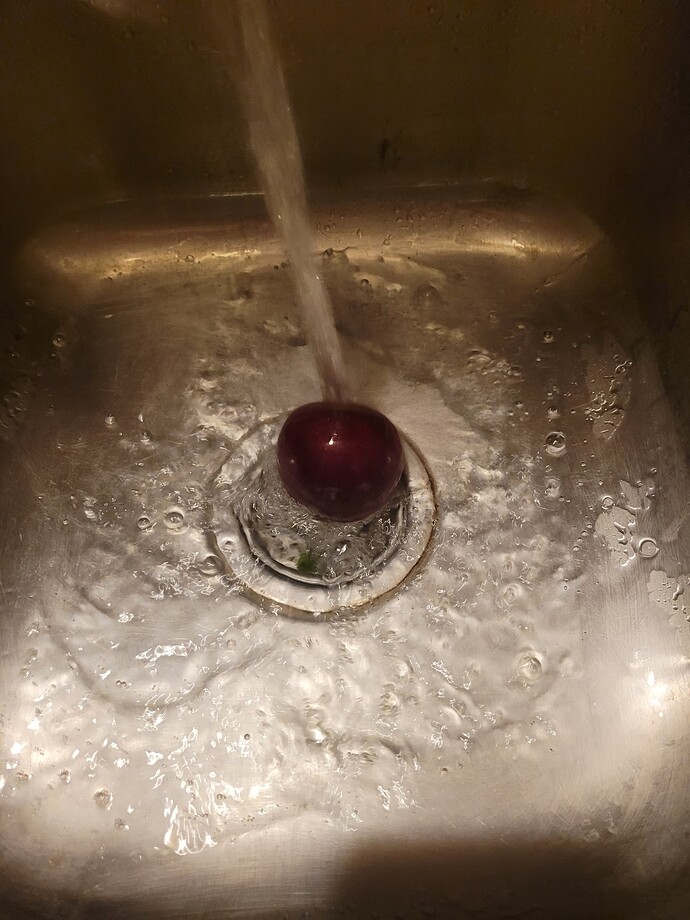 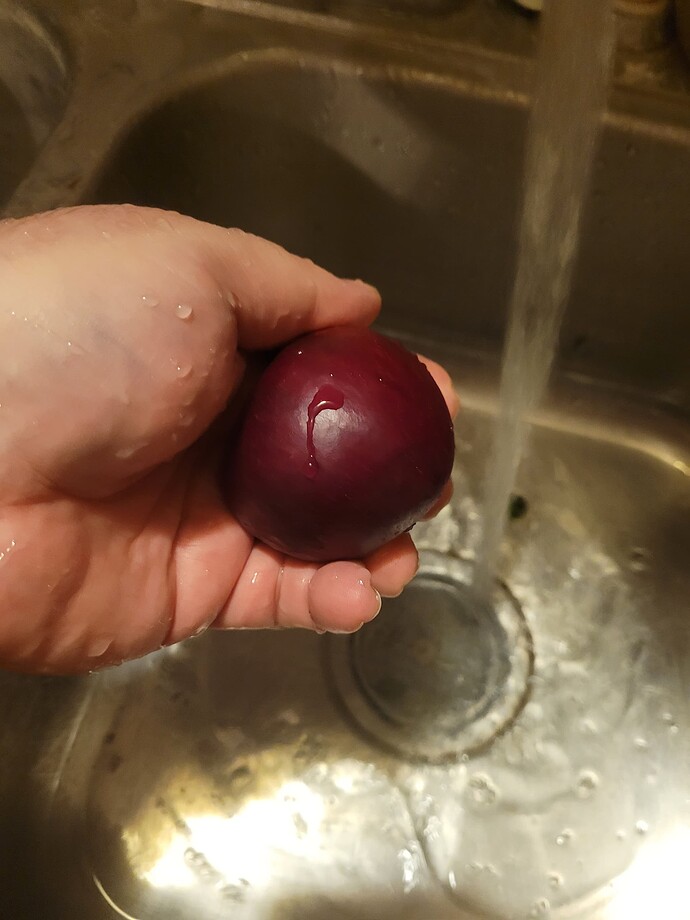 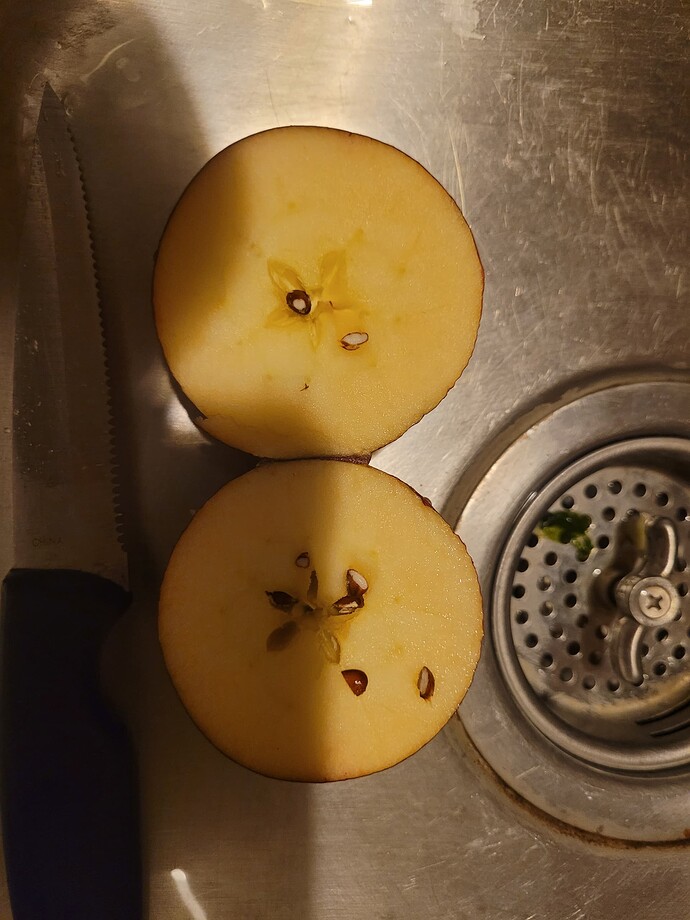 Omggggggggggggg. Ok YES. THATS EXACTLY WHAT IT IS. Thank you so much

I planted 2 Arkansas black apples 8 years ago and they never fruited.

@scottfsmith gets all the credit. Just have a bunch in the pantry i’m consuming over winter. i picked them last fall at 39thparallel house. Just took a minute to cut one open. They easily keep until spring or even summer on a good year. These have never been refrigerated. The flesh is very yellow at times as you described.

Arkansas black is yellow inside and very, very hard right off the tree. It is usually starchy until aged for at least a month. Some years they are very dark and I think some of the strains are darker than others.

I have eaten Arkansas blacks from the last season at the same time I was eating Monark’s in mid august.

I have a suspicion that dark skin = hard apple = good keeper.

John Bunker refers to Black Oxford as “the rock” because of how hard they are off of the tree.

Black Oxfords also start off with slightly green flesh which turns yellow as the apple ages in storage. It could be a combination of this off-colored flesh and the thick skins that allow them to store for such a long time.

I have a suspicion that dark skin = hard apple = good keeper.

Could be - I’ve had similar experience with Arkansas Black and Black Oxford. However, I also grow a couple of exceptions. Viking and Williams’ Pride can both get quite dark, but are summer apples.

My other dark apples are Black Limbertwig, Black Amish, and Burgundy. I don’t really have enough experience with them yet to characterize their hardness and keeping quality.