Does anyone know of any improved cultivars of salal? It is quite a good fruit in the wild. I’m no expert, but there are some pretty amazing fruit that started from a much worse fruit than the beginning point these would start at so it seems to me like there would be potential. Maybe they are too consistent and not enough unique traits? I know there is a cross of g. Shallon and g. Mucronata called Wisley Pearl, but i don’t think it is a big improvement.

The common name is “salal” – it was a major food source for indigenous peoples of the PNW pre-colonization. Here’s an article about it:

And how OGW describes it: 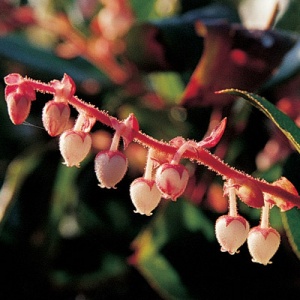 I don’t know of anyone working on improving it, but it does seem like a good candidate. I’ve noticed significant differences in fruit quality when foraging on hikes in the region. I wouldn’t be surprised if there are patches of better quality fruit in areas where Salish peoples maintained them. My understanding is they would do essentially controlled burns and then spread salal into the burn scars, where it often dominates other understory plants naturally.

It’s something I’d heard about in the Pacific Northwest, and had wanted to try for years. When we moved to our place in the forest in 2010, I found it growing wild at the edges of the clearing. I agree that they are pretty good, if a little insipid. But quite palatable.

I don’t know if it’s plant genetics or different soil, but I’ve found some areas with almost none of the insipidness, and others where it’s very strong (almost flavorless entirely). I’ve never collected seeds from superior wild specimens, but now that we bought a house that’s definitely something I intend to do on hikes this year. I think they taste best on the margins of older-growth forests, but that might be just a coincidence.

@murky @swincher
I’ve found much variability in the fruit quality. I’ve had some that I would put up against blueberries and some that were almost flavorless. I guess that is what caused me to ask the question. I am planning on adding quite a few as an understory in my food forest and thought if there are improved cultivars, I’d rather have those.

I’ve thought the same thing about thimble berries. They have a nice flavor but not much flesh. If a breeder worked on getting more juicy flesh they would be a winner. Also, they are super early. The only thing that beats them to ripen on my property is the salmon berry.

I’ve thought the same thing about thimble berries. They have a nice flavor but not much flesh.

There are some good sized ones in Schmitz Park in West Seattle, but actually they are pretty bland compared to the smaller ones I’ve seen elsewhere. Also, some very tasty osoberry bushes there, another native food forest plant I’m planning to collect since they are less astringent than ones I’ve had in other locations. They are sweet with good flesh-to seed ratio, and only an aftertaste of cucumber that’s kinda refreshing rather than overpowering like some specimens.

In fact I’ve found almost every native berry species we have in that park, though not all are good quality because the old growth forest isn’t sunny enough in many areas.

Any improved seed collection ever done? I’m looking to get some salal bushes this dormant season.

This summer has been too hot and dry for the salal in my neighborhood at least, the berries have been shriveled and less tasty than usual. But they are still flowering and setting fruit currently, so if we ever get any rain there might be a chance for a late summer crop. But it’ll probably have to wait until next year for me at least. The (invasive) Himalayan blackberries don’t seem to mind the weather, though, I’ve been collecting a quart every time I go for a walk to the park.

Dad used to make a pretty good blackberry wine with himalayan berries from under the power lines in Bellevue. Those berrys cover every square foot of wild sunny space in the Seattle area!

Now that’s an interesting idea! We just use them for crumbles and tarts generally (or eat out of hand). Here was my latest haul a couple days ago from 10 minutes of picking at a patch along the fence at a nearby school: 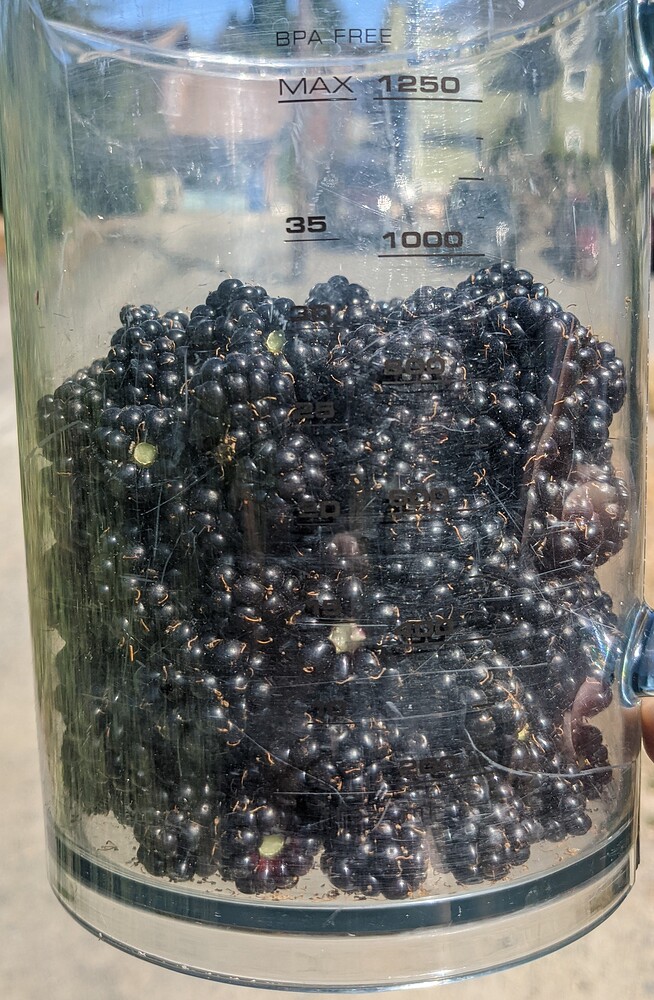 Could probably fill a 5 gallon bucket at that patch alone, it’s like this for ~20 yards along the alleyway: 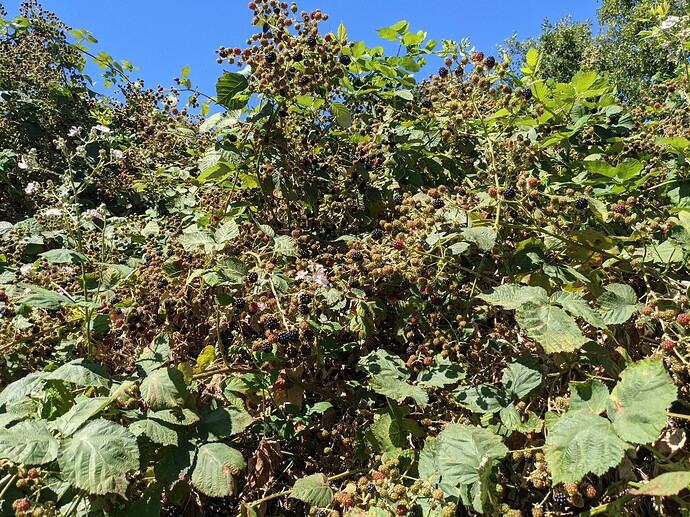 But you pay the price in scratches.