A few interesting facts from this article:

Eighty percent of the world’s almonds are produced in California. The crop requires the pollination services of two million colonies of honey bees during the flowering season, which growers rent from beekeepers. Pollinating almonds requires the equivalent of moving half of all managed bees in the U.S. to California for a few weeks. 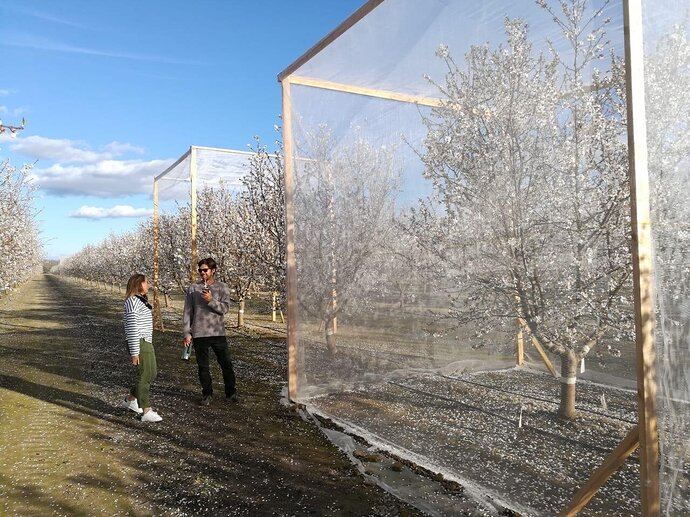 To bee, or not to bee, a question for almond growers

Pollination by bees is vital even when crops are assumed to be pollinator independent. That's according to a study co-authored by Ethel Villalobos, a researcher in the University of Hawaii at Manoa's College of Tropical Agriculture and Human...