Just curious if anyone has an idea why my avocado tree is dying. We just got it this year, replanted it once and it was doing fine. It lives in a bright room and sits in indirect sunlight. Water every 2-3 days when the soil is dry. This new growth recently sprouted and is dying just as fast as it came in. The other leaves have already died. Any other questions I can answer that might help let me know. Thanks in advance.!
IMG_4210|690x920 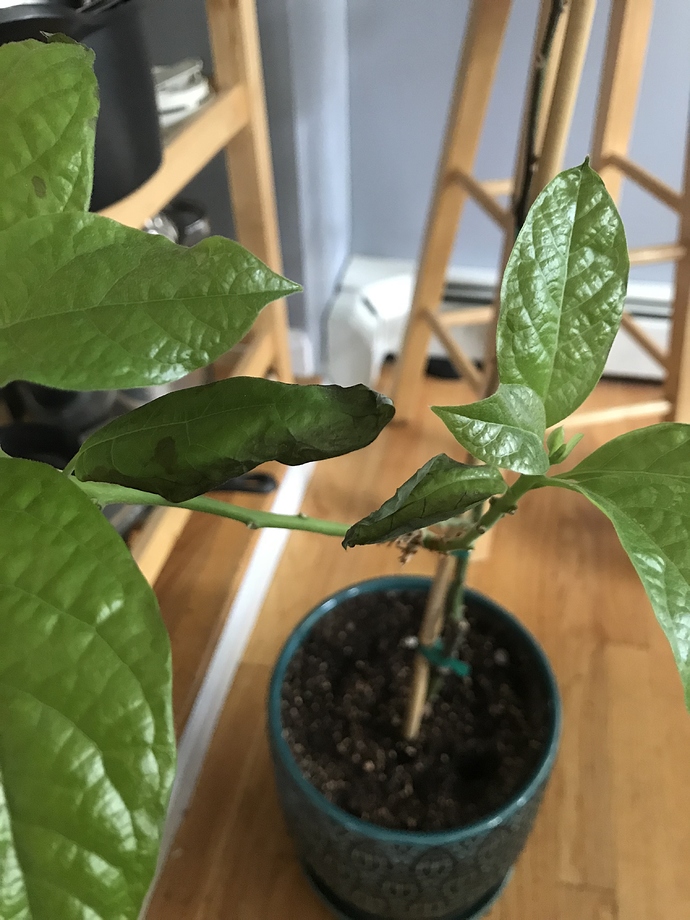 why not put it outside in the good season, and after a period of hardening, even in direct sun? it will defend itself against the inevitable indoors diseases much better if it has to fight them only six months at a time. I have had indoor avocadoes for several years. they catch disease in 2-3 years and die. Mangoes and grapefruit are stronger.

We had it outside and it didn’t seem to be doing well. Do you think it will bounce back if I put it outside? Is there anything I should be doing to help it, like flush the soil or fertilizer or anything along those lines? Something is causing it to die

I am just telling you what happened to me. It seems clear that they fight whatever ails them, they last years. but unlike designated houseplants, they eventually die. It happened with rosemary (multiple times), mango (twice), avocado( multiple times), citrus (multiple times). Date palms have resisted for over 20 years and have been split multiple times. Now I never fertilize them, use garden soil in the pots, and whenever they are outside they have organic trash on top and earthworms in the pot, so that they get a couple handfuls earthworm castings every year. It keeps them much stronger, to have proper biology in the pot, and to store energy in the good season to survive the indoors season.

maybe the indirect sunlight isn’t enough for its photosynthetic needs. why not put it outside in partial shade?

also, if some of its leaves are dying, the remnant plant might not need as much water as it did before, so overwatering might be a possibility, at least until it has grown enough again.

I see at least one tie on the trunk. how tight is it?

and what else can you tell us about the plant? your indoor climate?

I think something was digging at it when we had it outside. The ties are loose. Its in a bright room, I would say its been in the upper 70s low 80s in here lately. I’m going to put it outside in the garden thats fenced off and see how it does there.