Insect activity at base of Anna apple

I noticed these white granules at the base of my Anna apple a couple of weeks ago. cleaned them off and they reappeared. Is this the work of borers or something else? Is it too late to treat? 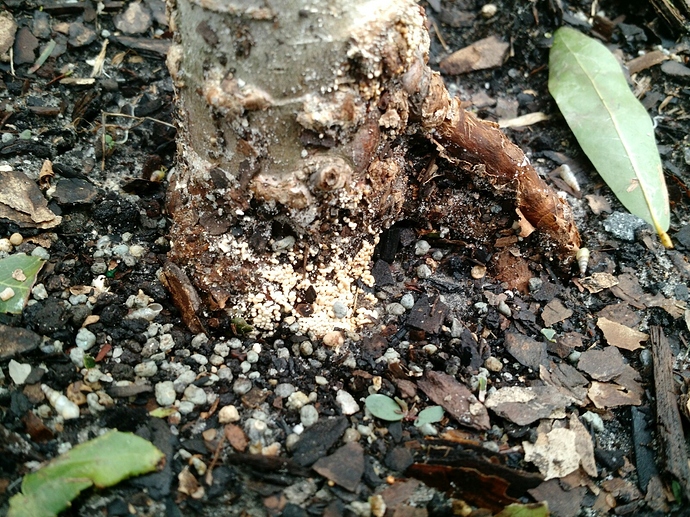 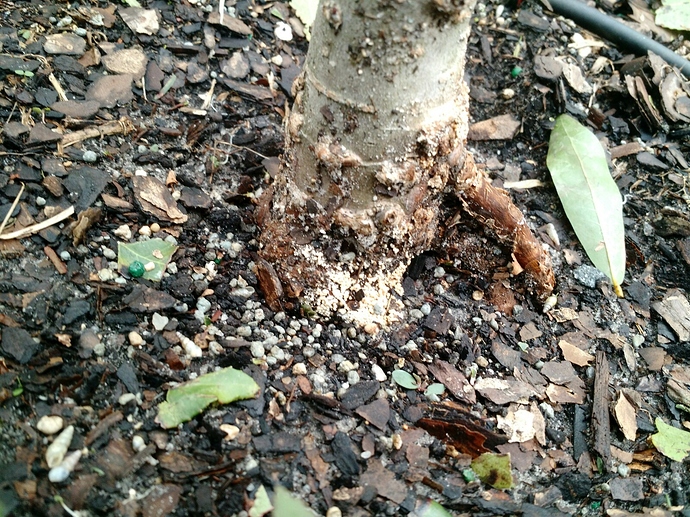 Hmmmm. Until the experts show up…
Do they look like insects or is there something growing on the tree like a fungus? On my Anna when fungus appears I dilute some Neem into water and paint it on. Usually one application is all that is needed. This may need something stronger like copper soap diluted.

That’s what’s odd, I didn’t see any insects…doesn’t look like fungus, but I’m no expert either…when I cleaned it away there doesn’t appear to be any damage to the tree.

Here’s what it looked like after I cleaned it off. 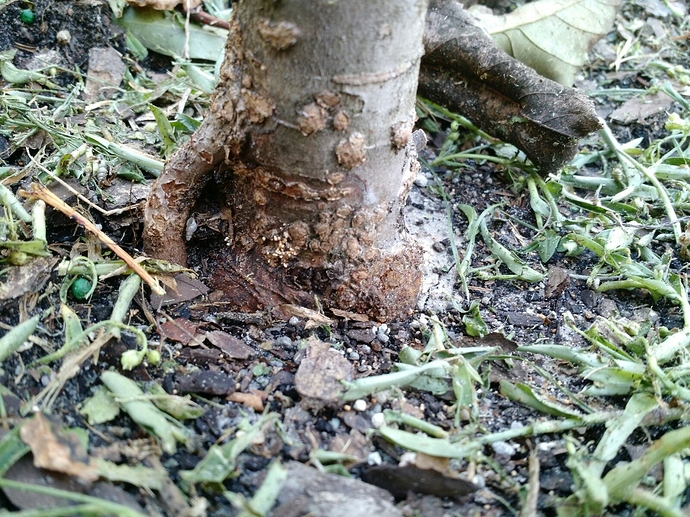 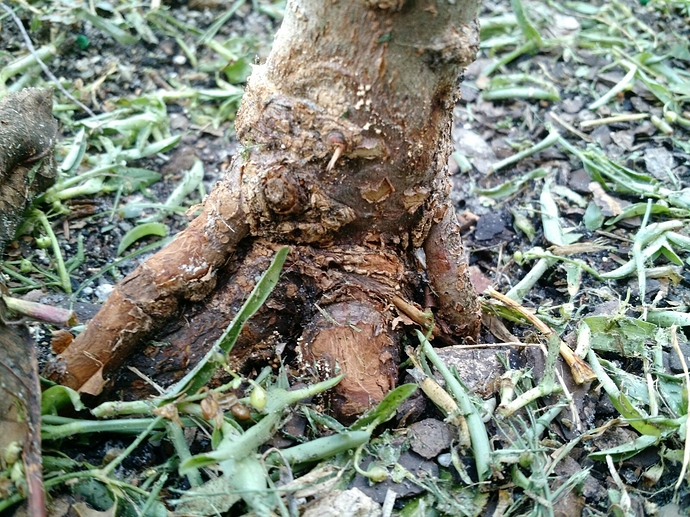 I’m wondering if those are plant material (e.g., fungus) or salts. Can you dissolve a small quantity of them in a 1/2 cup of vinegar?

you mean remove them an place them in a haIf cup of vinegar? I can give that a try…

here is is the general condition of the tree. these leaves don’t look so good. 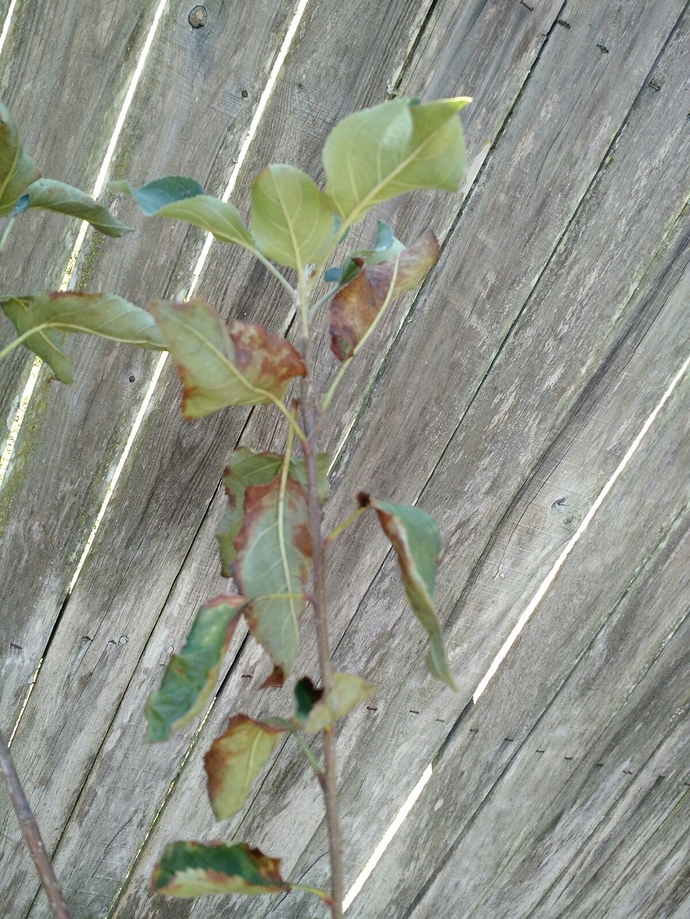 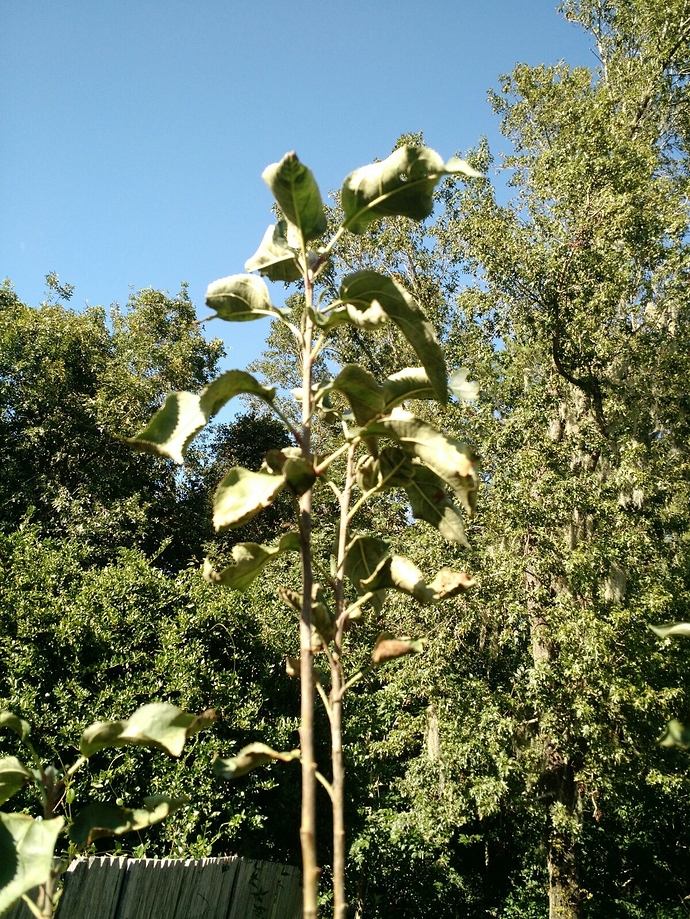 All looks OK to me. I am guessing its some kind of fungus at the base. The leaves proabably look beat-up because they are not going to be hanging on too much longer.

Thanks @scottfsmith, was concerned about the leaves because the gala and dorsett’s I have are still holding on to their…

we also had hurricane Matthew pass through yesterday so we got a ton of rain and lot of wind. Kind of surprised I didn’t lose any of these trees.

I would look at it with a magnifying glass to make sure it isn’t aphids or simililar sap-sucking pest- peach scale looks a little like that but I’ve never found it on apples. I’ve never seen a fungus that looked like that either. Of course, I discover things I’ve not seen before in fruit trees all the time.

It looks rather like a lichen, except for the color

on @Richard suggestion, I was able to scrape a few of the granules off the base of the tree and placed them in a small cup of vinegar. Not sure if you can see from the picture, but this was after about 2 hours, no change.

I’ll get out the magnifying glass when I get home and see if I notice anything moving. 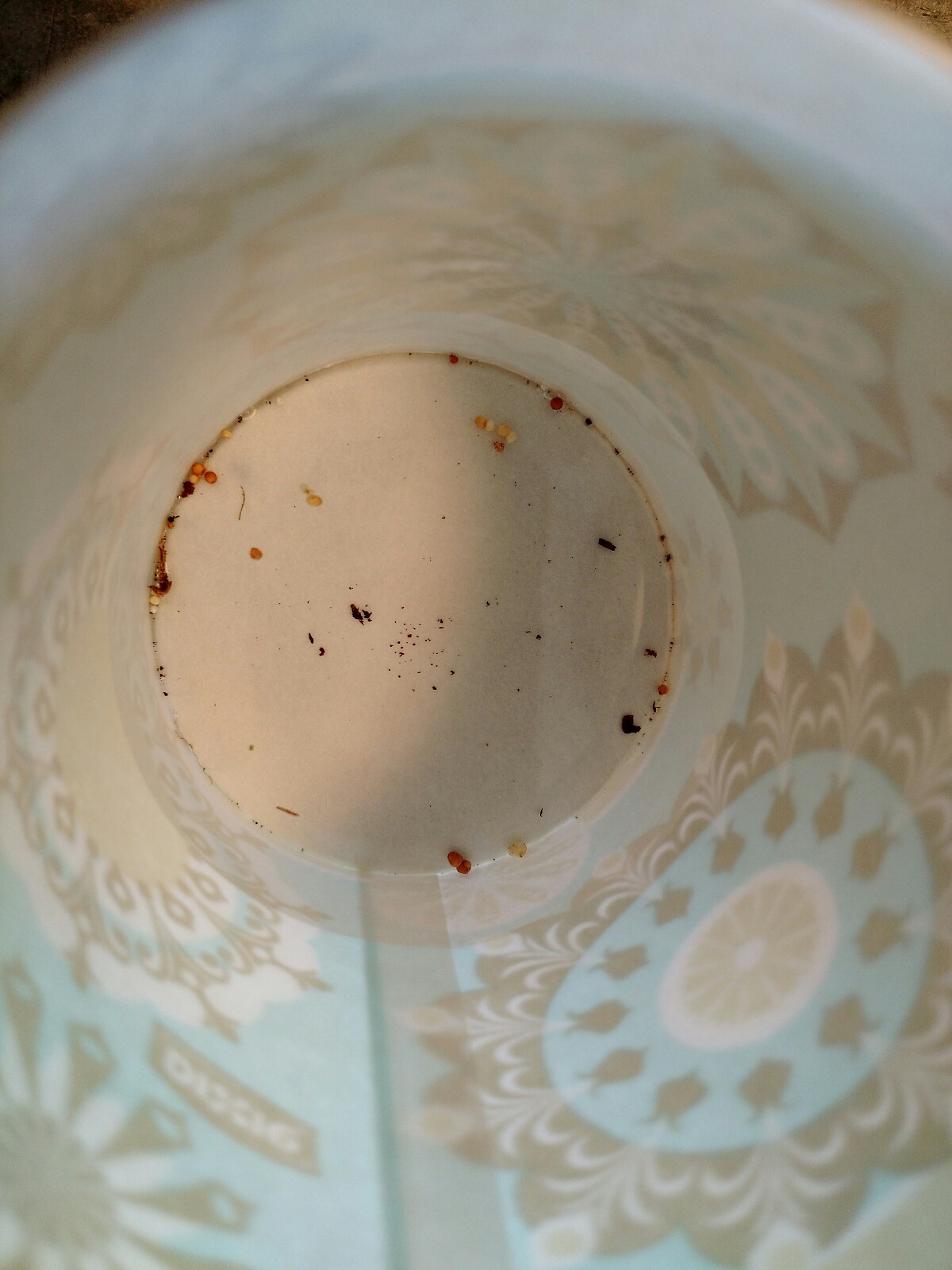 They’re not salts. I think @scottfsmith hit the nail on the head.

I’ve got 3 other apples trees and two pears in the same proximity. Strange thing is none of them have been affected. also, we got a ton of rain, probably 8 inches or more when hurricane Matthew passed through, but I had this problem even before all of the extra rain…

What do you own in the way of copper fungicide?

I don’t, but I’m certain I can pick some up at the local nursery. Is all copper fungicide created equal, or is one brand better?

I have no idea what is available in your area. A retail product I recommend out here is Liqui-Cop. You’ll only need an eighth teaspoon in a 24 ounce handheld spray bottle.

If it is a fungus, odds are it is harmless- if it isn’t harmless it will be obviously munching bark cells, I think.