Following are three pics of an odd black and red insect that I found in my garden last eve. There were at least a dozen perched on a dead stick, the remnants of a fig plant that had frozen to the ground. They started scattering as I bent down to look at them, and scattered into the pine bark mulch at the base. There seems to be no damage on the leaves emerging from the base of the fig plant.

I tried looking them up online but could not find a definite ID The color looks a little like the soft winged flower beetle or the scarlet malachite beetle, though the pattern is not like any of the photos I could locate. 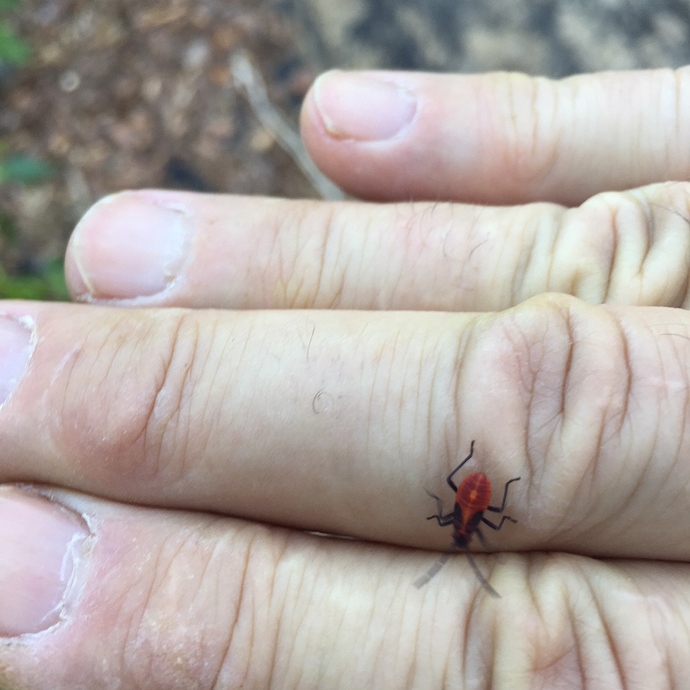 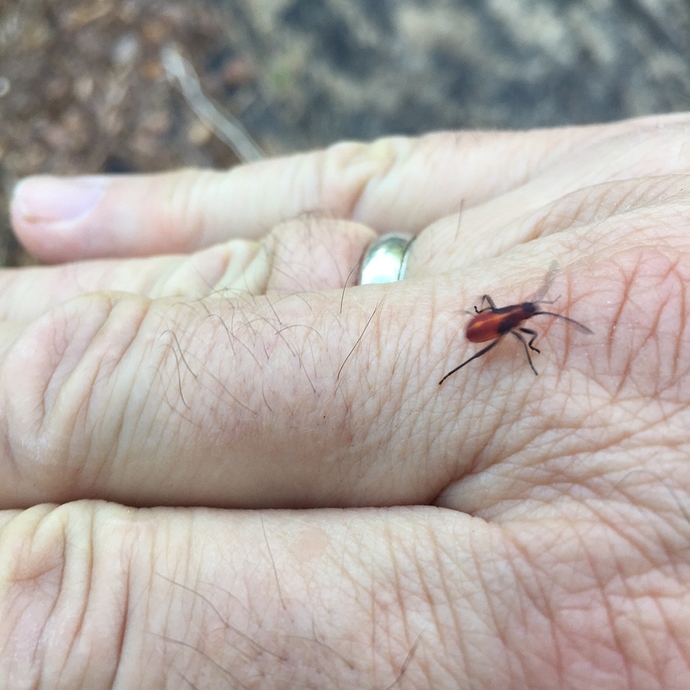 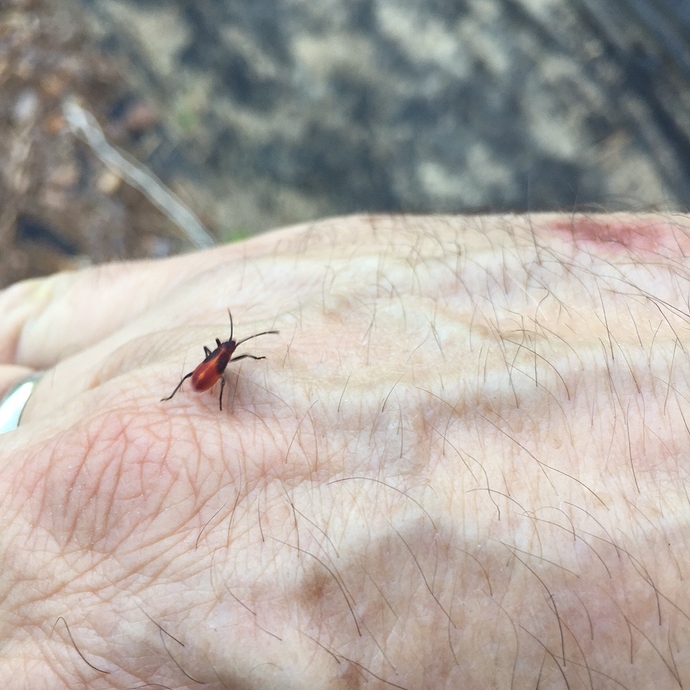 It is definitely a “true bug” nymph, my guess is a Boxelder Bug nymph.
A lot of true bug nymphs look similar.

I had these bugs last year, they eat all of my mulberries. I cut down the elder trees around my house this winter and the bugs are gone this year?

Yes, this is a bug nymph, not a beetle.

Thanks for the help!
So maybe they eat fruit like mulberries- any idea if they are harmful to other fruits like my nearby figs and peaches, or typical garden plants like tomatoes, peppers, beans, zucchini, or cole crops?

Specifically, this is Boisea trivittata - Eastern Boxelder Bug (eboone is in PA).
Mostly feeds on maple species but if overpopulated, can be found on a wide variety of plants, even fruit.

Bug hatch, help?
Just found some eggs on the underside of a Concord grape leaf, but I didn’t know what critter they belonged to. Then I found these on a different leaf: 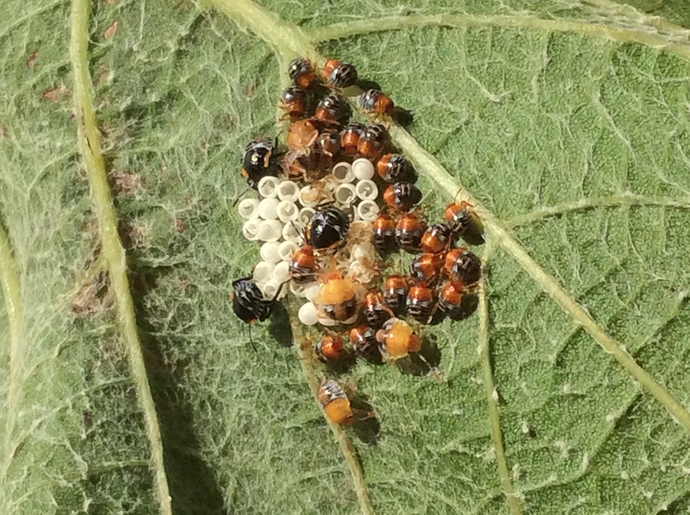 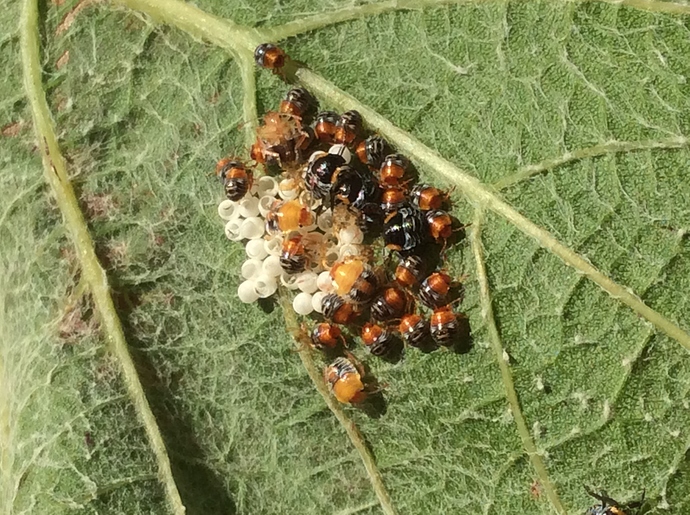 I can’t tell if they are beneficial ones eating bad bug eggs or what’s going on. Can anyone help ID? 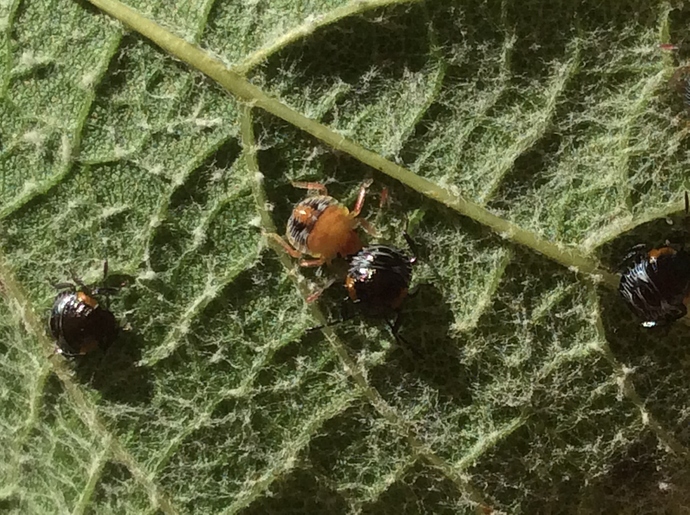 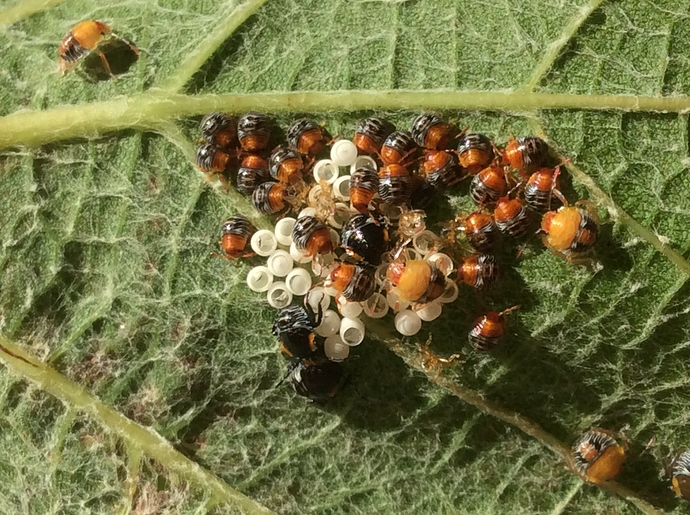 They never bothered my figs.

And the photo shows a juvenile. Adults are longer, with wings crossing each other and leaving a triangle of thorax bare- true bugs! We live Way Out West and those critters have colonized anyway - living on the batch of box elders across the alley.

They live in the female boxelder tree. They don’t seem to bother the male trees.

They like the female trees because they feed on the seeds, which of course are not present in male trees.

The above images are not any stage of the Box Elder bug but they are some kind of Shield or Stink Bug – would have to research further to see if they are one of the Predatory stink bugs. Any leaf deformities would indicate a pest species.

Thank you LarryGene, I appreciate your help!!

Pretty close to yours I think. 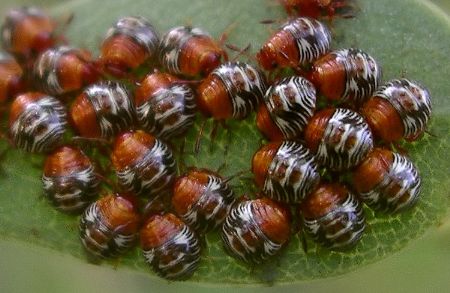 We seem to have a mixed discussion of two different insects

Thanks @So_Cal_Mike !!! Darn things are prolific this year.

We have these guys. Beautiful they look like gems.
Favorite food : black widows. Hmm.
So u dont need to watch for the dauber so much as why its where it is.
Gonna be careful in the barn i think 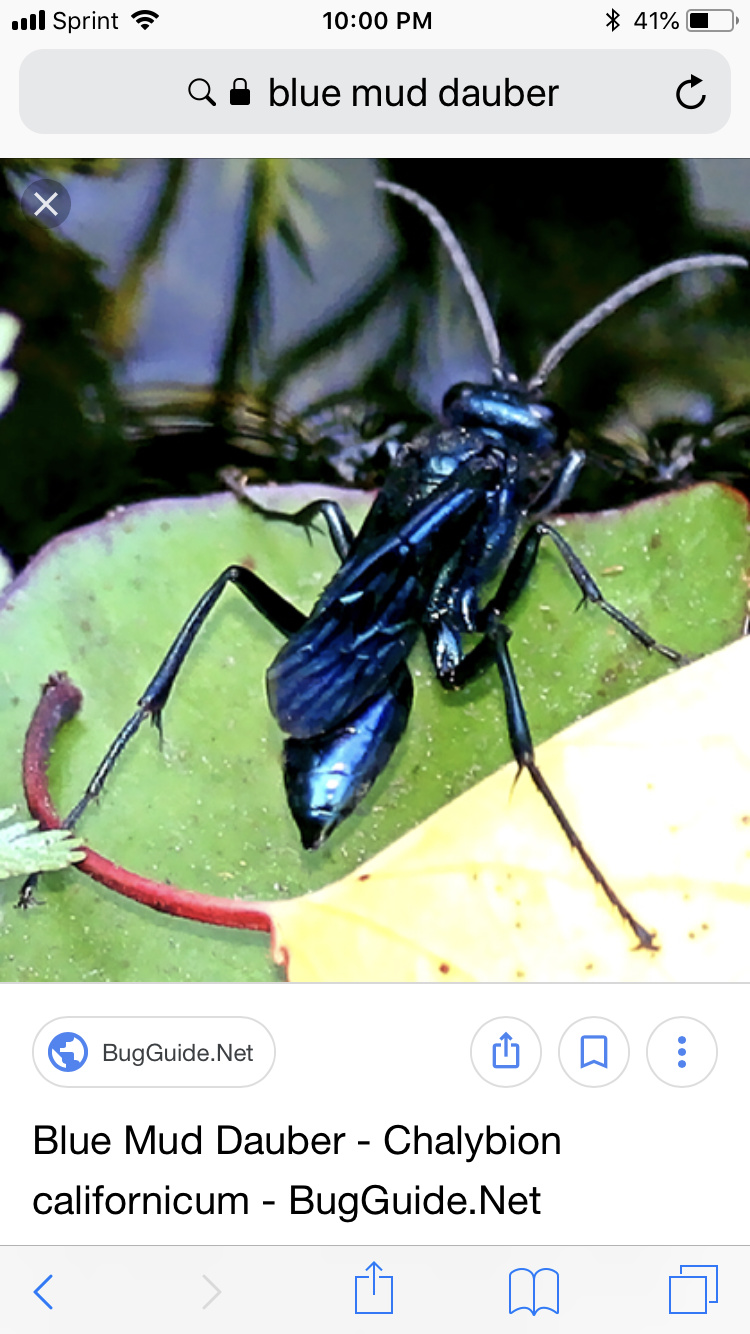 I agree with Mike’s Chinavia ID. This species is a pest.
Yes, there was some crosstalk about the two insect, I just wanted to clarify.