Is it possible to tip root fruit trees?

I saw this video on YouTube. I have never heard of tip-rooting fruit trees and I couldn’t find much information on it.

Is this something that is actually possible? It wasn’t entirely clear from the video that he had demonstrated success. It is possible he was just pulling up a sucker? 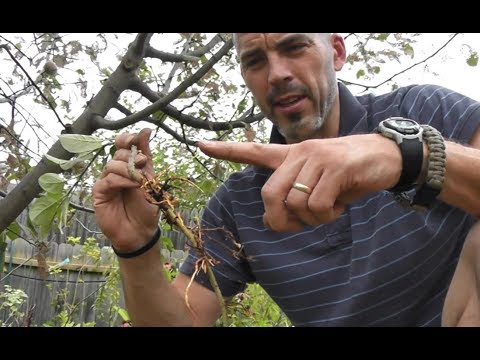 A more common way is to do what’s known as “air layering” basically the same thing but you are bringing the soil to the plant vs bring the plant to the soil. IMO air layering is better because you aren’t damaging the roots when it comes time to transplant, but then again tip rooting takes little to no effort in comparison. 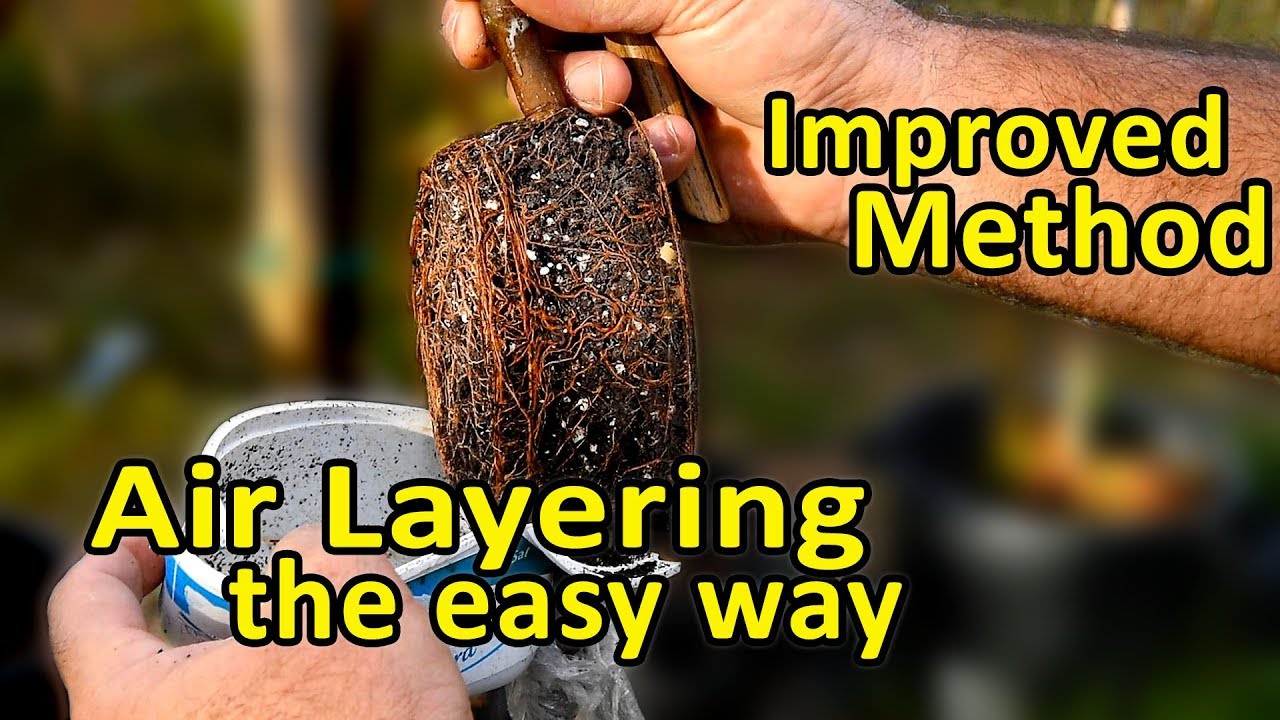 Yeah, I am thinking that in the video he shows what looks like tip layering but I am not convinced that even happens.

It could be that when he lays it horizontal, it is getting more roots at the base.

I appreciate your guidance about air layering. I am not good at it yet, and had a few failures, but I have some ideas on how to do it better.

I watched it without sound, but it looks like he’s doing traditional layering, not tip rooting.

He’s laying a branch down, and burying part of the branch, but the growing tip is still exposed - not in the ground.
Yellow part is the branch coming from tree, red part is what he’s burying, blue part is tip of branch: 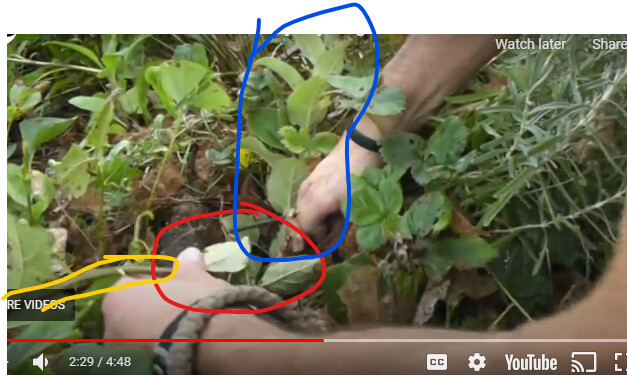 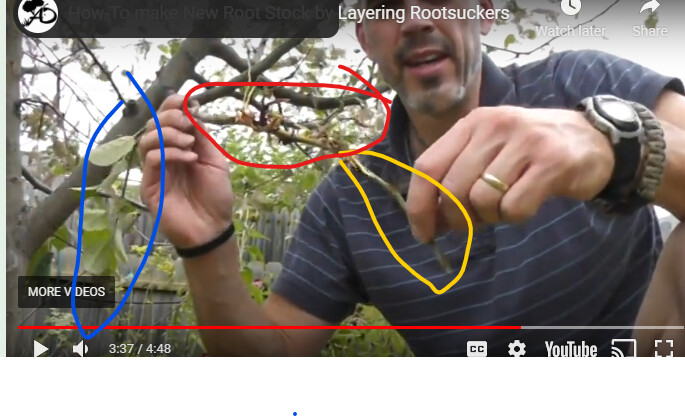 it gets down to your definition of tip rooting i guess.

The professional rootstock growers here (that supply a large part of Europe) bend down and horizontally bury the shoots in a line in the stool beds.

they mound up earth during the season even. (just like you do with potato’s)

I think classical tip rooting will likely work for species that you can take cuttings of. Or are good in stool beds. Since you bind down the tip, and thus arch the branch id expect auxin to build up, and thus they should root.

Thanks everyone, that makes sense.

Not that it was necessary, but I did confirm that this works from sideways bending but not tip rooting. In my opinion it did not work all that well either. Generally if the shoot arose from the trunk above root level, it did not tend to want to grow roots, even when laid horizontal. If such a shoot is to be rooted, it should be air layered, at least in my one year trial. I did get 1 or 2 exceptions where it made some roots.