Is it Too Early to Root Fig Cuttings?

My fig trees are dormant.

Voles destroyed my Hardy Chicago fig tree. I still have access to its “parent” and can take cuttings. It’s one of my best varieties - reliable, productive, good flavor.

I don’t have much fig space for cuttings. I do have a sunroom. Of course, here “sun” is an exaggeration - short days and low light intensity, low angle of sun and lots of clouds and rain.

I’m wondering if anyone has experience with starting fig cuttings in early December and how did they do?

I can do other things - stick some into the ground in my vegetable raised beds. Sometimes that works, but not always.

Do they need longer dormancy first?

For direct in the ground sow is best on in march in our area. now indoor rootings is best, many had success with fig pop method. its all about the watering little is best. im still trying to figure out rooting figs. 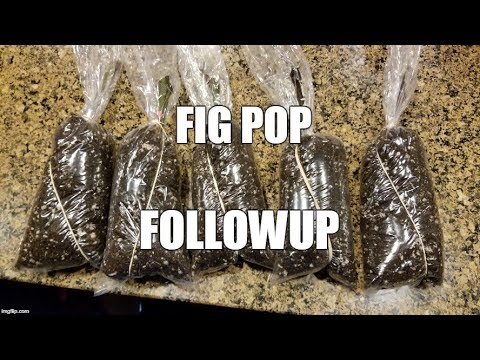 I did Desert King last January on heat mat in ghouse. Used 14" tree pots with peat moss/perlite mix. Placed pots in plastic bin with clear cover till I saw growth. Placed under lights and watered with weak fish fertilizer. Growth filled out pots by late spring. Don’t be too quick to worry about no growth. Eventually you’ll get 100% takes!

I’ve done them as early as September with no trouble. Ideally, you keep them warm and have supplemental lighting, but they’ll be ok with room temps and a reasonable amount of window light. You’ll just need to sleep adapt them to sunlight before putting them out for the summer.

Did you keep the cuttings in the covered bin until you saw root growth or leaf growth? I’ve seen some competing advice on this. If you remove the cover before moving to the grow lights, at what point do you do this? Do you use a heat mat?

Once buds push through parafilm, you can gradually get them used to lights. I keep the heat mat going under pots for another month or so. As Kim (sorry I can’t get the @ to work!) said the # 1 cause of failure is too much water. Tree pots are convenient because the top can dry out while the roots remain moist.
As Jay said be careful putting them outside. Coming from a 65-70 degree environment, cuttings will immediately lose leaves if temp drops to 40. I’ve made that mistake!
Finally, don’t toss cuttings that haven’t sprouted in a few months. Even from the same tree and the same growing parameters, sprouting can be variable. I’ve had some sprout in July months after all the others.
When you get that 100% take, you’ll be hooked on starting cuttings!

Thanks for the tips. I had a pretty disasterous experience with attempting to root cuttings two years ago. I’ve just gotten my nerve and confidence back. I have about 15 going right now and want have as much success as possible. I’ve figured out how to correct many of my mistakes.

If it was me, I’d wrap them in parafilm and stick them in a ziplock (no need to add a moist paper towel or anything) then put them in the fridge for a few months. They don’t necessarily need extra dormancy, but I’ve found mid to late January to be a good time to start cuttings so I’d rather store them in the fridge and deal with them later. Any earlier and they are kind of a pain to baby inside and make sure they get enough light to keep growth from getting too leggy, etc. They’ll really take off in the spring when you get them out in the sun, so starting early really doesn’t gain much.

I start a minimum of 30 cuttings each year and I do it similarly to @cdamarjian, except I use smaller tree pots (3x8 or 4x9) and just wrap the top 1/3 of the cutting with parafilm and put the other 2/3 of the cutting down into the soil, keeping it lightly moist. I get close to 100% takes as long as the cuttings aren’t too thin or in poor shape when I get them. They grow like this until late Spring or early summer when I move them up to 1 or even 3-gallon pots. There are a lot of other ways people start figs, but I find that putting them right into the pot they’ll stay in for at least 3 months is easier than moving them through different stages/pots and risking problems with each transition.

When you look at the bottom of the pots you can often see the roots before you see top growth. 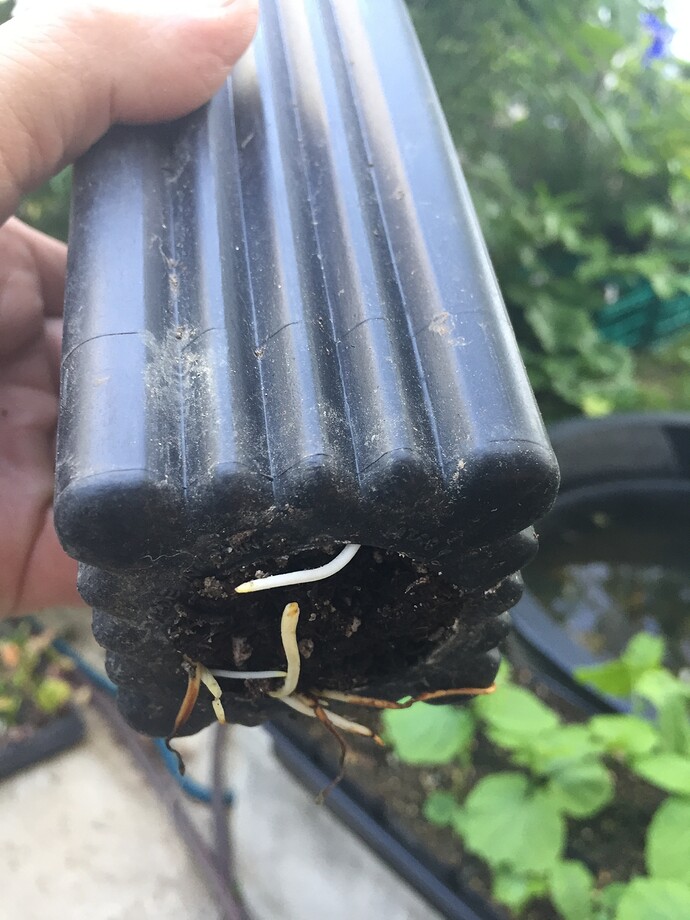 And this was about a month after they were moved outside and they were ready to move up. You can see the roots have filled enough of the pot to hold the rootball together so they have very little or even no transplant shock. 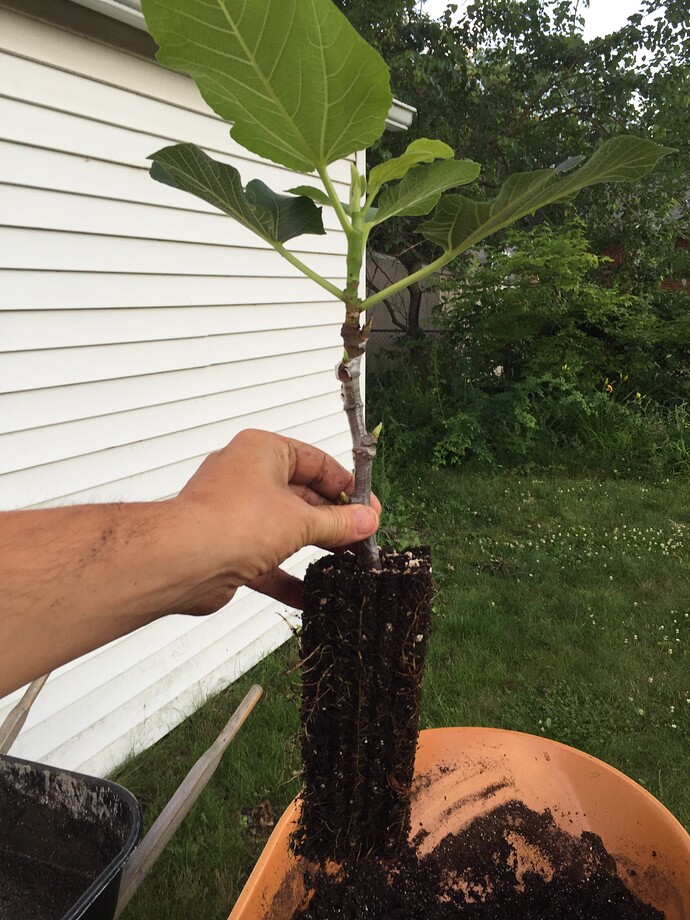 As pointed out by @Seattlefigs the hands-down easiest, no-fuss method is the fig pop. So long as you get your initial moisture right and keep the cuttings in the 70’s, you won’t have to worry about water until they are safely rooted. It also takes up very little space. Since they don’t need light until the buds open, I’ll even toss them in a drawer at my office to keep me from messing with them too much. Fiddling with your cuttings is probably the #2 cause of failure!

Thanks for the help.

I have a source of more scion from this tree than I need, so I can stick some into the ground and do a couple inside. For that matter, I might be able to air layer a couple too. My main concern was whether they needed longer dormancy and whether there were issues keeping the new tree inside for so long, and short day length. Historically I started them in Feb or Mar.

Over the years, I’ve probably started a few dozen fig trees from cuttings. I gave most of them away. It’s been a few years, but I always had good luck with the damp paper towel in a zip lock bag method. It’s nice to see the various methods that others use and like. Thanks for providing those.

I just taught my next door neighbor how I rooted 9/9 Hardy Chicago last year. Bleach solution soak, let dry. Wrap in parafilm/buddy tape, score 3 spots about 2" long on the bottom, dip in rooting hormone. Place in 95% optisorb (diatomaceous earth pellet sized pieces), 5% coconut coir. Water weekly, put under a weak grow light. The DE will drain most of any excessive water while still retaining a good amount along with the tiny bit of coco coir. I started my cuttings in April last year as a generous gift from another forum member and have given many to friends and family.

OH, and I put all of them together in one gallon sized plastic bowl with holes poked in the bottom for drainage. Easy enough to separate them if you do so after a couple leaves start to pop up fully, I think I waited 2 months?