Is this actually calamansi?

Got a bag of calamansi from a community member’s backyard tree. They don’t exactly have the distinctive calamansi flavor that I expected, but I put that down to their being very ripe. They are moderately tart, about the same as a meyer lemon, and the skin is mildly sweet. I’m contemplating planting some of the seeds, but when I googled for pictures of calamansi fruit, the pictures looked quite different, with very large seeds. My fruit has very small seeds. I’m wondering if this is actually not calamansi after all. Any thoughts? 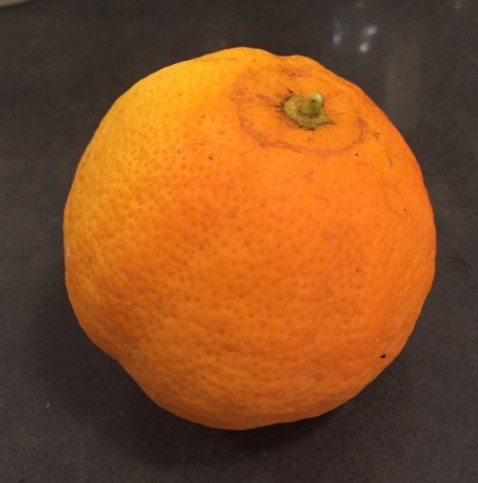 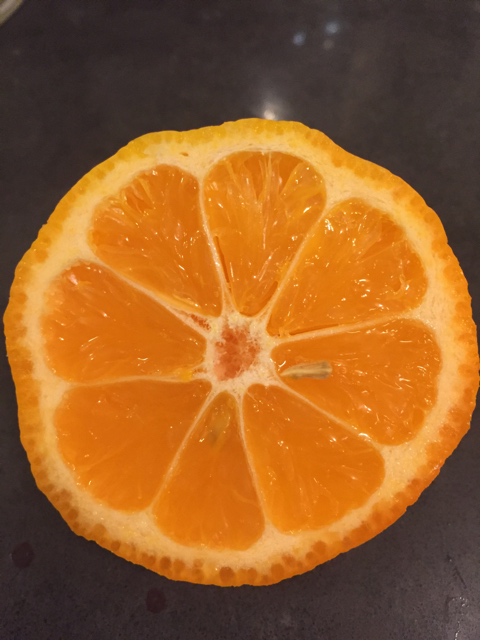 Hard to say from the picture but doesn’t look like mine. Again it could be your fruit is so ripe. How big are the fruit? Usually they are small. Great over just about anything especially noodle dishes and fish. Sorry this doesn’t help

The rind seems too thick for degree of ripeness. It may still be calamondin if it was picked immature and turned orange with time. Whats the size cross sectionally?

Find out if the tree is possibly a seedling.

The rind seems too thick for degree of ripeness. It may still be calamondin if it was picked immature and turned orange with time. Whats the size cross sectionally?

Owner of the tree said that she had just picked them the day before. That particular one was probably about 2.25" across, which was among the largest that I got. Regarding the rind, I put a couple into a batch of marmalade yesterday, and it was clear in the cooking that the rind is much thinner than the Seville oranges that I also used, fwiw. You know, what it really seems like is a sour tangerine; similar flavor, color, shape, peel, seeds.

That particular one was probably about 2.25" across

is it 2.25 inches, or 2.25 cms? If it is the former, then definitely not calamansi. I have been growing the species since was a kid. At most, i should, say, would be 2.5 cms, or about an inch in diameter for a large calamansi.

it is probably a tiny tangerine, or a backcross of calamansi/tangerine, etc

Yeah, 2.25 inches for the largest ones. Many are 1.5 inches or less, but several were around two inches or more. Calamansi would never get that big, eh? Well, whatever they are they are good, but I’m not going to bother trying to sprout the seeds if they are not actually calamansi. Thanks for your help!

Yeah, 2 inches is unheard of unfortunately, but if what you have tastes like calamansi, it wouldnt hurt to try growing it. Citrus can breed true from seed

Well, that’s the thing; it doesn’t really taste like calamansi … it’s tart and flavorful, but not as tart as calamansi and lacks the distinctive flavor. I initially thought that was because they are over-ripe, but it’s actually probably because they aren’t calamansi at all