Powdery white stuff on a friend’s old Arkansas Black apple tree but not on her other apple trees. Some kind of scale? Hit with horticultural oil? Thanks for ideas. 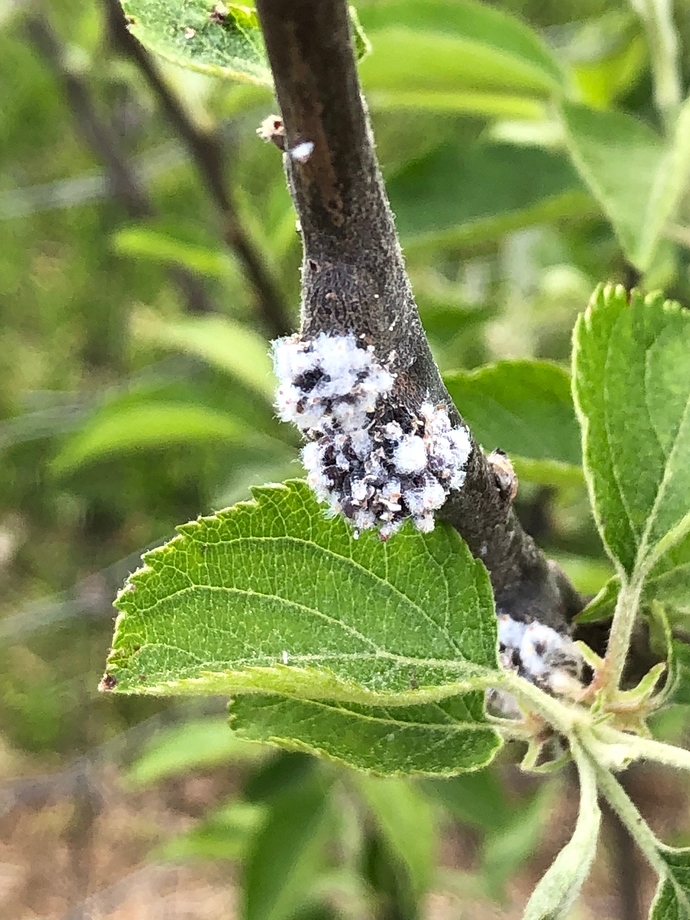 Update: looks like photos on internet of wooly aphid. How harmful is it?

It usually doesn’t spread very far. My standard treatment is just rub it all off real good with gloves.

Wooly aphids. I had them two years in a row in Golden Russet on B9. Fuji on G41 5 ft away has never gotten them. Don’t know if they like B9 or Golden Russet.

The first year I rubbed them off, bare hand because I was so PO’d. I thought I got them all but they came back in the fall of that year.

The second year they showed up again on the same tree. I rubbed them off and at the end of that season, I sprayed the tree with oil. I sprayed oil again at the beginning of the following season,

So far, I have not seen them.

They’ve never been a problem when they’ve appeared on my trees, but if they feed on the roots, the literature suggests they can be a huge problem. Not sure why none of the trees I manage have suffered from this as far as I know, because they are very common above the ground. They love my metal squirrel baffles and probably figure they are homes I install for them.