Issue with my Dorsett Golden

Sadly, other than the 2 seedlings I’m attempting to grow, this is my last remaining apple tree. It’s probably 4 years old. Last year I had something on one of the main leads that I cut out. Attempted to cover over the area with wound seal but it didn’t work out too well. The wood underneath started to rot…found this out last week…anyway, I’ve scraped everything away and got down to solid wood. At this point, it’s not like I’m going to remove it, but I’d like to here thoughts as to whether this tree a goner or will it still continue to grow…Thanks. 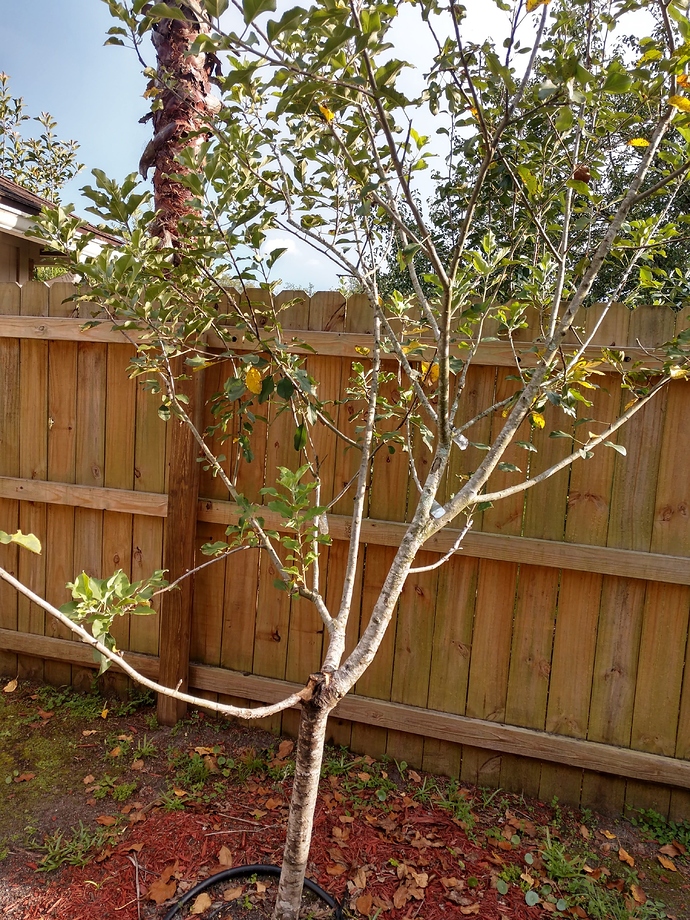 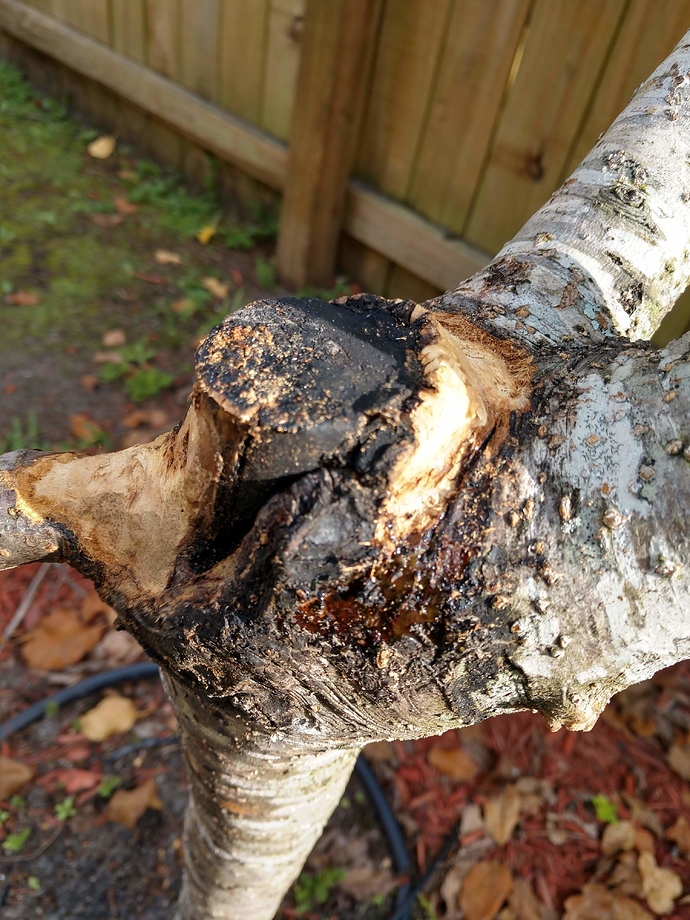 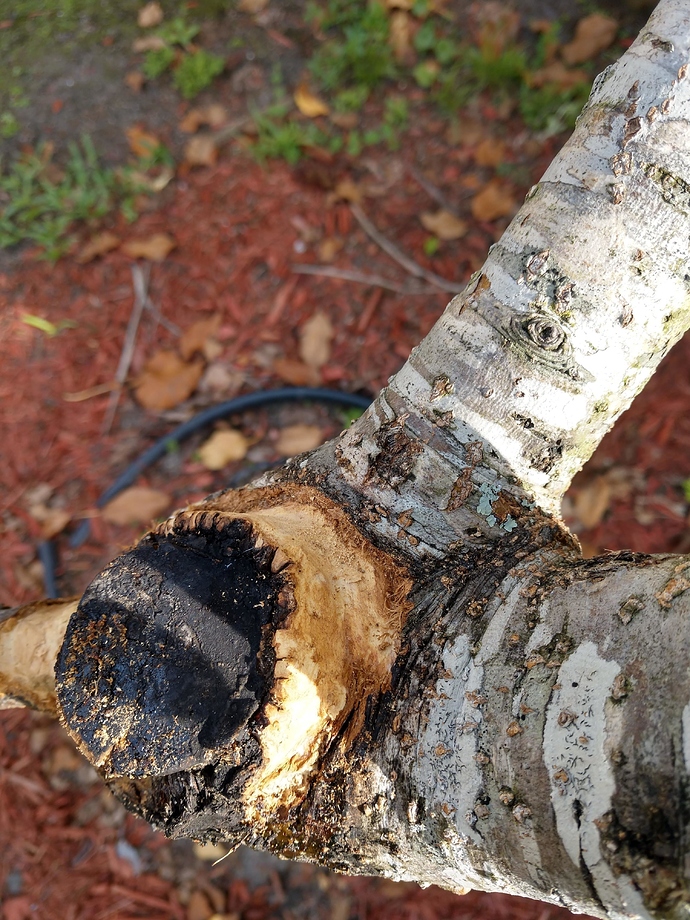 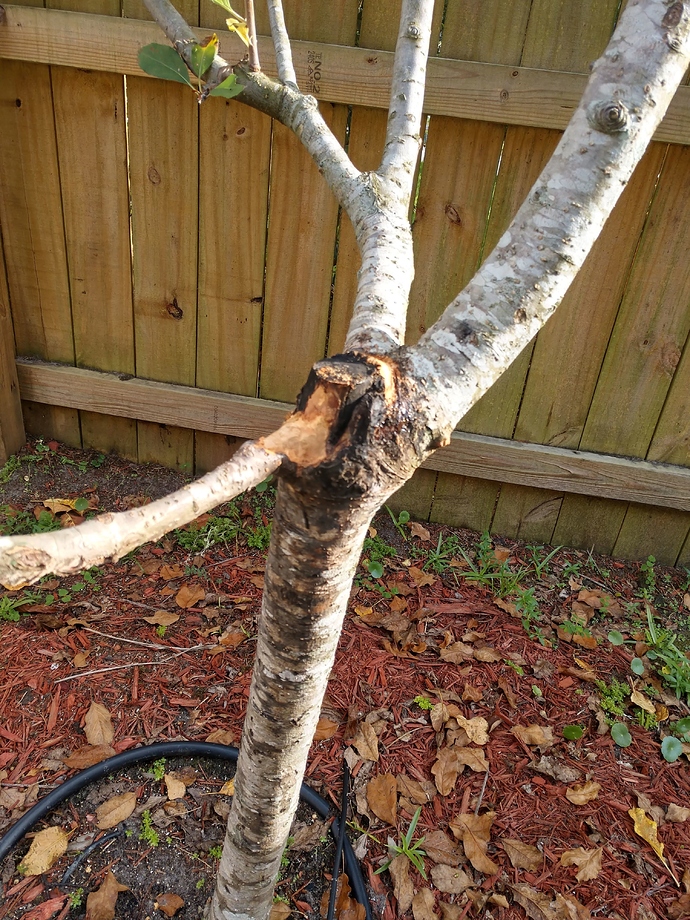 You can whack it off about a foot off the ground, it may sprout from the stump.

so you think it’s a goner if I leave it like it is?

The top is a goner, yes, the heat will finish it off. Dorsett is maniac though, and may sprout from below.

bummer, not what I was hoping for. Especially since I have a bunch of grafts on this tree…guess I could cut them off and save for grafting later…Anything I need to do after cutting it, do I seal the top or just leave open?

Not going to lie, it was painful cutting this tree back, but I did what I could to hopefully salvage it…still not sure it’s going to survive with that dark section in the middle, but hopefully like @applenut said it might push some sprouts from below…Time will tell… 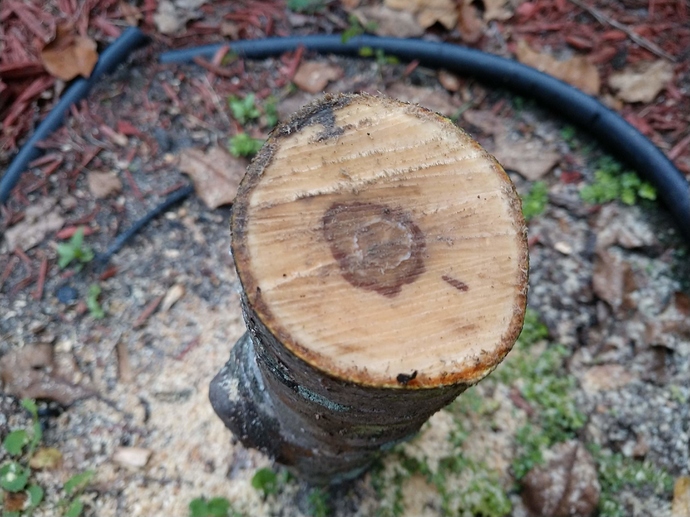 While I await the fate of the Dorsett stump, the prospect of not having an apple tree was too overwhelming. So, this past weekend I went out and bought two more trees (another Dorsett and an Anna). Yes, this is Florida in August, hurricane season, and it’s hot as Hades, chances of failure are pretty high, but I’m attempting to plant in a different location than my previous trees, one with a bit more shade and better drainage. In addition I’ve done more of a mound so the root ball is slightly raised. This was an area I reclaimed after hurricane Irma scraped by back in '17…We’ll see how they do. 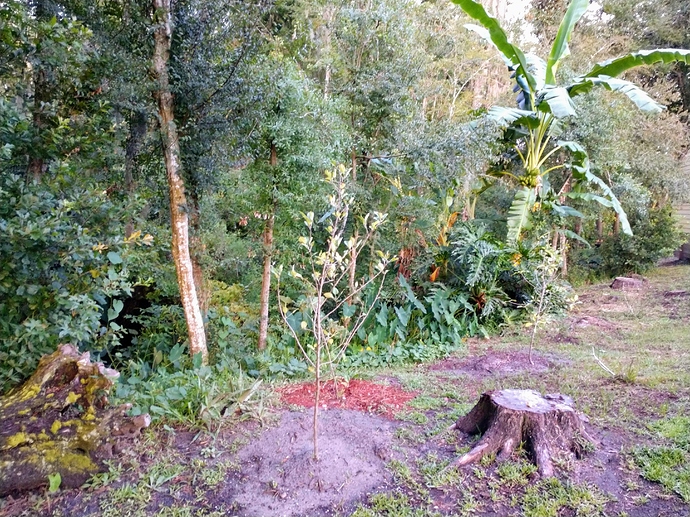 Not getting my hopes up just yet, but it looks like something is happening… 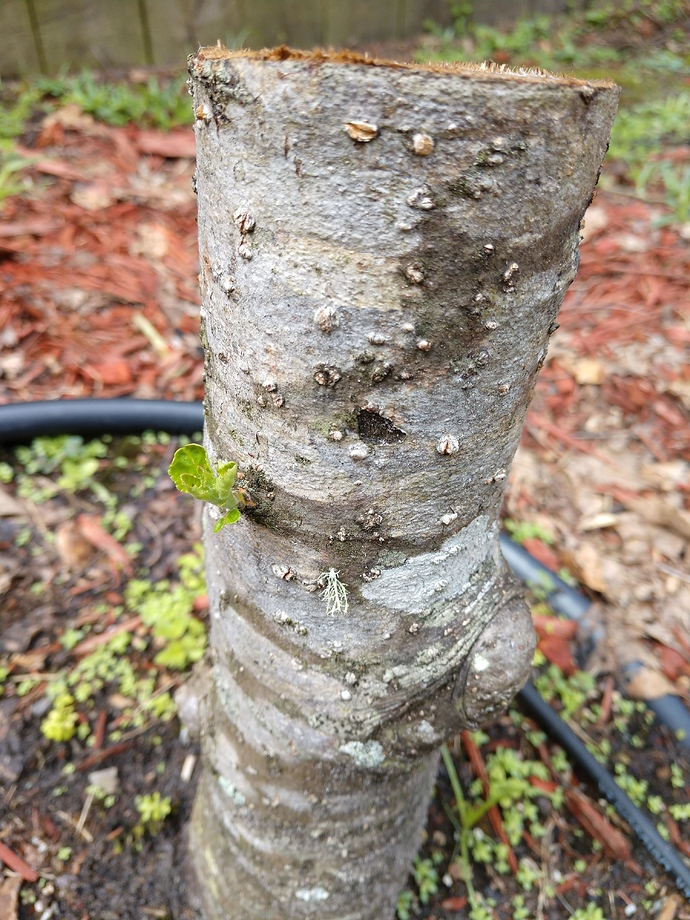 Got some sort of aphid thing going on. They’re all over the new leaves and when I wipe them off with my finger it’s a greenish/yellow…Otherwise, this is looking pretty good to me. Amazing to see the growth it’s put on in such a short time. 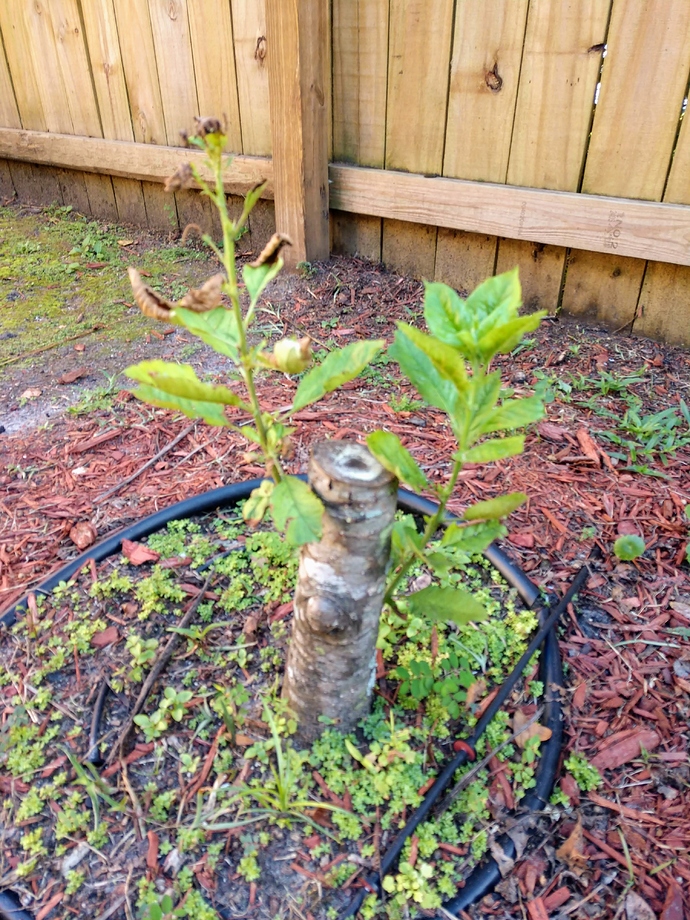 the new shoots I had coming off the stump got snapped, not sure what caused it, needless to say I was pretty disappointed…fortunately, another shoot formed pretty quickly. Then take a look in the foreground of this picture…it looks like the Dorsett is pushing up a new tree away from the stump…has anyone ever seen anything like this? 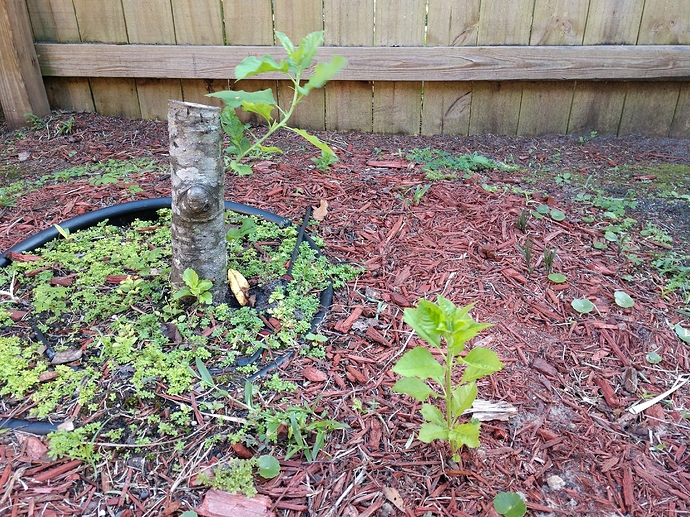 Here’s another angle where two more seedlings appear to be sprouting up. 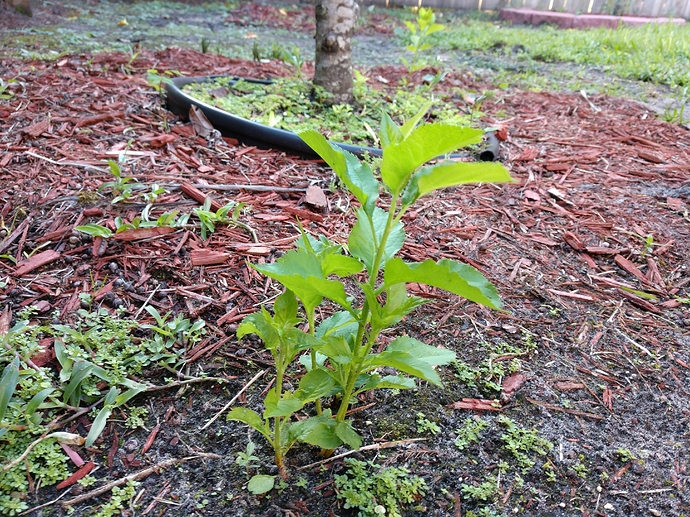 Those suckers are the rootstock, not Dorsett. I’d remove them, or use a sharp spade and sever their tie to the main tree. Then you can make new trees from these by grafting to them and transplanting.

Thanks @murky. That’s good to know.