I am seeing this… silvery patches on the branches of my Italian Plum. I have read that black knot begins as an olive green area and then progresses to the black ,wrap-around fungus…I am wary of this …wondering if this is possibly very early black knot ??..I realize there must be hundreds of funguses and 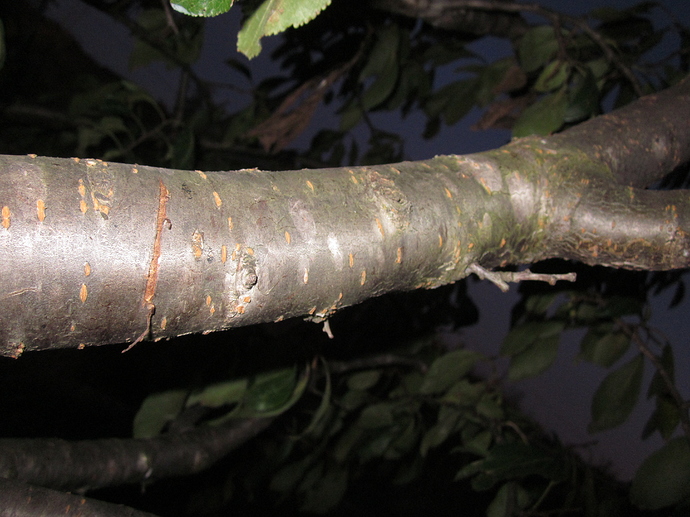 IMG_29914000×3000 2.33 MB
lichens and such that are not harmful…maybe even symbiotic to trees…This tree had some black knot 3 or 4 years ago…it was cut off and none has been seen since.
As stated this is a silvery patch which seems, from touch and from appearance to have no thickness or depth…no texture…just silvery whitish discoloration.Uploading: 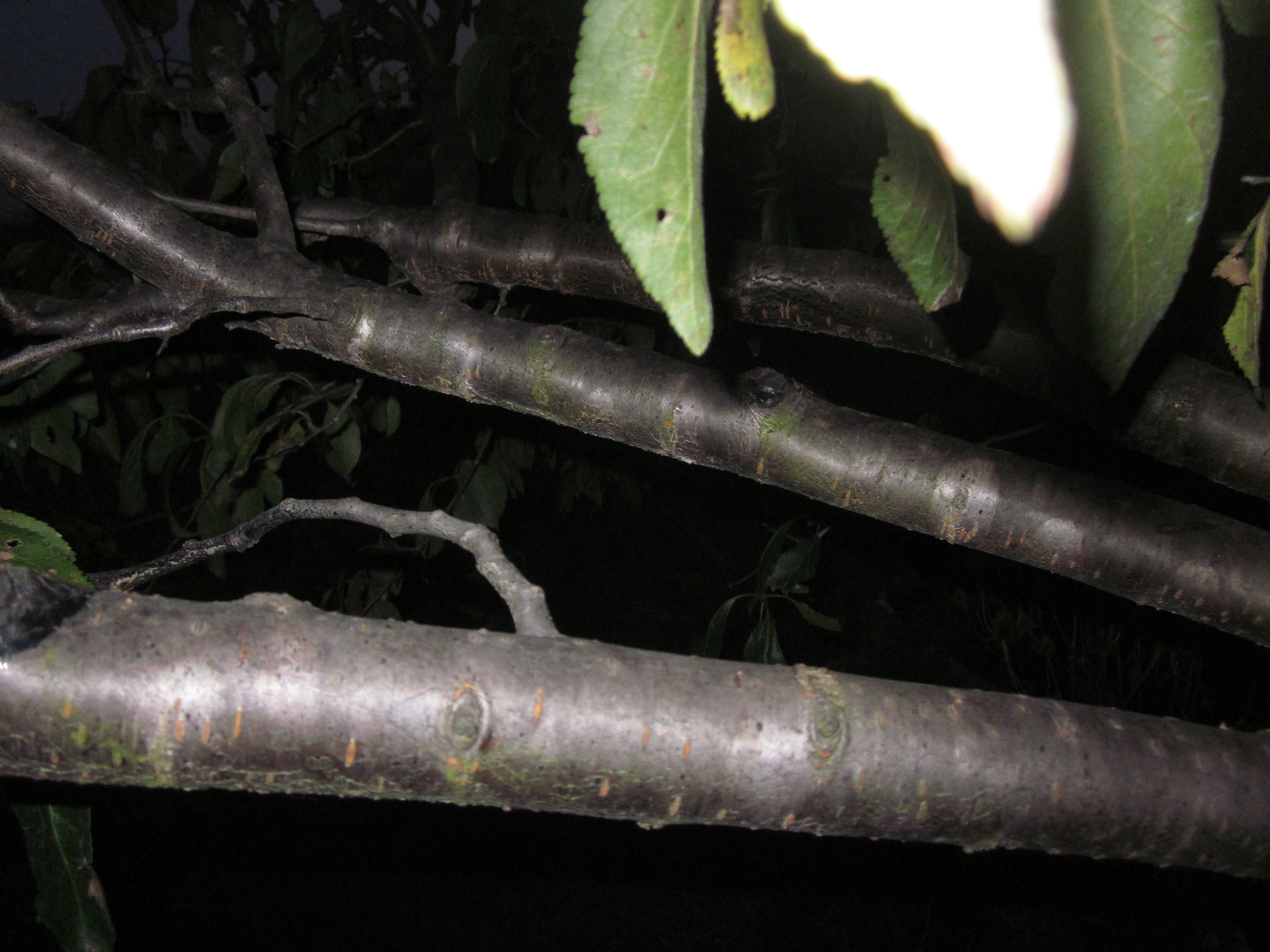 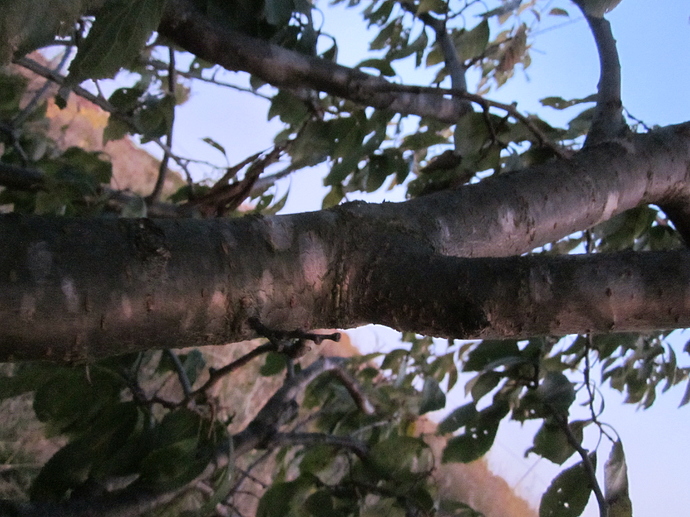 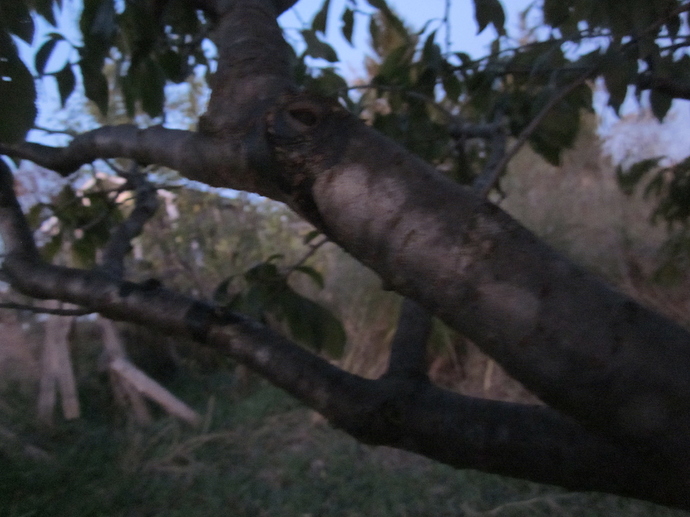 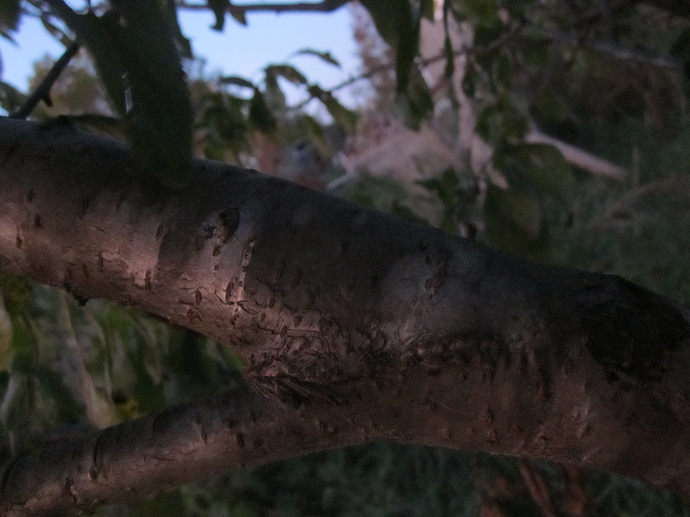 Hi Andrew. Could we see a picture? Prune plums can take something of a silvery tone, but it sounds to me like you have some kind of weirdness (technical term there, sorry.) Lacking the photo it might be helpful to know more about that patch. How big is it, what shape, where on the branch (top, bottom, side,) where on the tree (facing up, down, north south) and the like. How long ago did you notice it?

I admire your attention to this kind of detail- knowing what’s going on up front can save you a lot of trouble down the road.

Now watch: somebody out there will just come out and tell you cold exactly what it is without all that, I do hope!

I don’t post from a phone, so what I do might not work for you. But from my PC I simply drag the photo to the post I’m typing and drop it there. So once I put the memory card in the computer and look at the pictures it’s just a matter of grabbing the pic and moving it over. Or you can set up a few of them temporarily on the desktop and drag them from there.

In this thread in the Guides category, it has answers to many of new members’ questions including how to post photos. Please review.

Here we try to answer some frequently asked questions. DOES IT COST MONEY TO REGISTER ON THE FRUIT FORUM? DOES GROWINGFRUIT.ORG USE ANY TRACKERS OR ADWARE? WHAT’S UP WITH THE LITTLE COLORED CIRCLES BY MY AVATAR/ICON IN THE UPPER RIGHT CORNER? HOW DO I SCROLL FASTER FOR LONG THREADS? HOW DO I USE THE SEARCH FUNCTION? HOW DO I FIND OTHER CATEGORIES? HOW DO I CREATE A THREAD/TOPIC? HOW DO I POST PICTURES? HOW DO I SEND ANOTHER MEMBER A PRIVATE MESSAGE? HOW DO I CHANGE MY VIEWING …

It’s not black knot. Black knot starts out on younger wood than your pics show unless the older wood is damaged,. Green shoots are the most susc. to black knot. Most of the time the reason you see old branches with black knot is because it was never cut out when the branch was younger, or the older wood was damaged in some way.

All that said, I don’t know exactly what the round areas on your branches are. They almost look like areas where the thin layer of moss didn’t grow. Maybe it’s some beneficial bacteria colonies which have an anti-symbiotic relationship with the moss?

I never did see a picture, and it sounds like Mark did. So I wonder if I have a browser issue. But it sounds like Andrew is getting some answers now.

There are pictures now. You might try refreshing the page if you haven’t already done so.

almost look like areas where the thin layer of moss didn’t grow.

or possibly where lichen grow, from what i could eke out of the pics

Can you feel or hear a difference when you tap your fingernail on the silver spots versus the regular branch tissue next to it?

Disease I worry about generally have symptoms. If cells are being killed plums ooze some resin. Also if you scratch inside the sliver you would probably see the browning of dying cells. Disease stains wood.

The pictures don’t work for my eyes- the silver patches don’t look very pronounced- I assume to the naked eye (even my old eyes) they are more striking.

I’m finally seeing them this morning.

So…I noticed this is also on my chums…I will conclude that these silvery patches are just some random fungus in the environment at this time in this area…ther must be thousands of species…and that it does not seem to be harmful. I posted because I was worried and wanted to be sure it wasn’t some very early sign of black knot…it seems not… unless sources are wrong…black knot begins in the spring with olive coloration.