I've got fig wasps going in my greenhouse

April 1 I had the over wintering stage of the fig wasp shipped in from CA. Now two months later the next generation is hatching out. These wasps will pollinate the main crop of my common figs making for bigger and juicer fruit. Hopefully they’ll also lay eggs in my caprifigs for another generation. It takes a minimum of three generations to cover the whole year 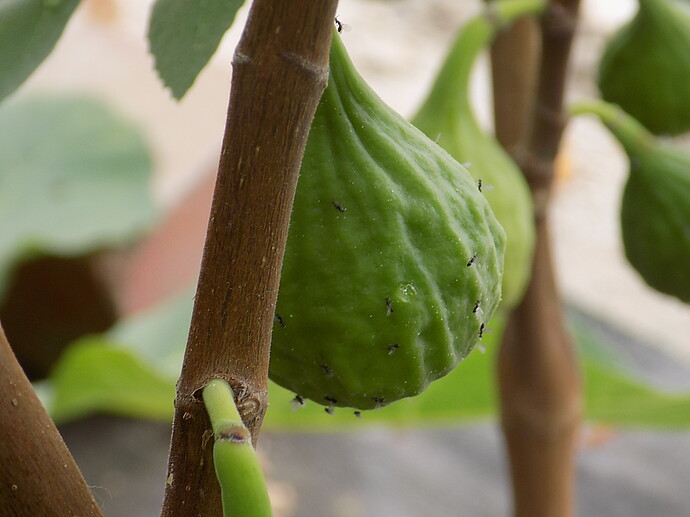 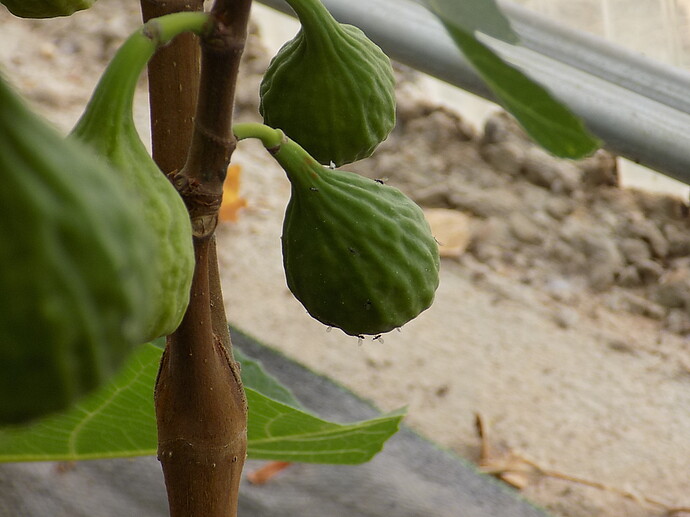 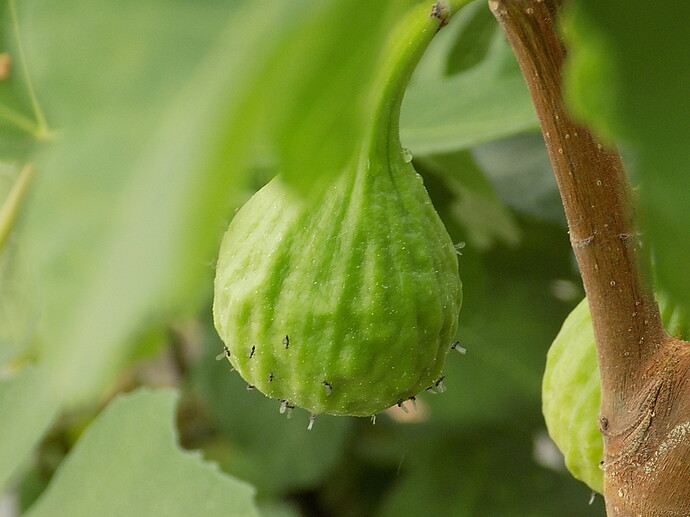 Nice! Congrats, Steve. I hope they settle In for the long hall.

I don’t see any reason why they shouldn’t as long as I keep receptive caprifig fruits available for each new hatch. My greenhouse is pretty well contained and while some may get sucked out by the exhaust fans it shouldn’t be too many. Last yr I had more caprified fruit than I expected from one small hatch. At that point I didn’t have another generation of caprifig fruit ready and receptive. So that was a one time deal.

I’m curious about your evaluation of fruit with and without pollination. There is a lot of discussion on why figs in CA look and taste like the way they do - wasps or dry climate? Your greenhouse fruits before and after wasps could answer that.

The “climate/weather” in my greenhouse is a lot like CA. The dry weather makes for clean/pretty/unblemished fruit compared to humid climates. Those fruits can dry on the tree a few days without spoilage. That’s how I like them shriveled and very sweet. I had enough pollinated fruit last yr to see the difference. The pollinated is bigger and juicier but generally not sweeter. Some varieties supposedly taste much better pollinated than not. So I’ve got a lot to learn.

Some research articles in Tunisia and Iran, show that the caprifig pollen variety can have an effect on the characteristics and TSS of the caprified fig. It’s hard to believe but for some reason, their experiments happen to show that.

@fruitnut it’s amazing that you could build a colony inside your greenhouse, do you grow named caprifigs?

Yes most have names. I have about 15 total but only about 8 seem to want to grow and produce fruits. About 5-8 yrs ago I had about 6 caprifigs that were always covered in fruits. These seem reluctant to put on fruit. That’s slowed down the project. But today I saw wasps entering two new small caprifig fruits so I have a shot at another generation. I’m hoping they’ll load up with fruits this summer and fall to carry the wasps thru next winter.

us about your evaluation of fruit with and without pollination. There is a lot of discussion on why figs in CA look and taste like the way they do - wasps or dry climate

It’s a mixture of different things why the figs in California are like they are, the answer is complex I am sure. Some fig trees prefer a warmer climate some prefer a cooler climate, they all prefer a drier climate, yet how resistant to rain and moisture is each variety. Varieties range from very sensitive to very resistant. Jon of the former figs4fun forum said that the Black Madeira variety’s figs are horrible when pollinated by the fig wasp, and people praise the variety when it’s not pollinated by the fig wasp.

I did read someone commenting that Black Madeira is only an average fig in California. I assumed there are others as good or better. Interesting hypothesis that pollination could be the reason. I just grafted it this year. Once it starts fruiting, I should cover a couple of the fruits and see if there is a difference.