I just finished eating one of these. It’s a cross between Honeycrisp and Braeburn, and it’s better than both. It has a good complex flavor and some acidity to go along with the sweetness. 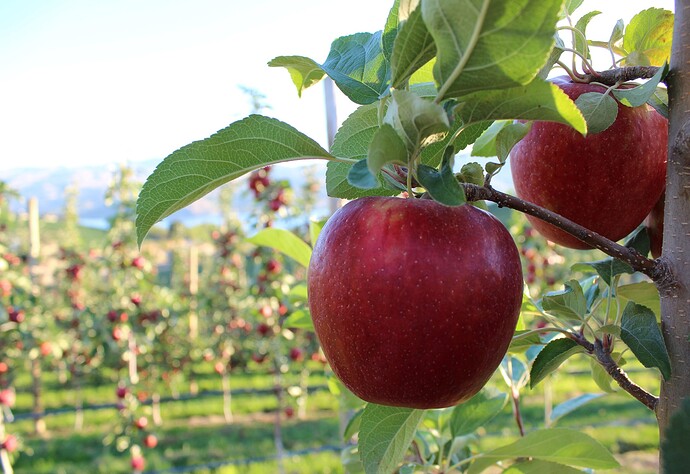 The cross between Honeycrisp and Braeburn has flavor that's "unlike any other apple that’s out there", says Bruce Turner of OSRG.

tried some today. Unimpressed. They are crispy with typical modern apple taste. Skin had a slight lingering bitter after taste. Not different enough or better than its parent Honey Crisp.

It sounds like your Juicis needed more time for flavors to develop. With most apples you have to try them more than once.

this is my favorite apple right now. have had 20-30 and most of them were very sweet and extremely crisp and yeah to me, an interesting flavor. 10-20% weren’t any good. I think I saw them at $0.99, I assume that low due to being fresh and not having storage space for all the apples being picked right now

The best apples I’ve had so far this season from the store are Opal, followed by a Fuji surprisingly. Still hoping to find some good Smitten and Lady Alice as well as Lucy Glo. Also curious how Cosmic Crisp presents this 2nd year of more widespread availabilty.

With the pandemic, its been harder to shop for apples.

even though I paid twice the price at Costco for Juici perhaps the were picked too soon. My granddaughter how likes apples wouldn’t eat it when I gave her one. I’ll try them again next year. The best store bought apples this year have been Fiji.

I saw some Juici apples at Costco for the first time. They were picked October 25th according to the sticker on the box. I wanted to try them, but they were starting to get wrinkled and slightly slippery (you know that look and feeling when an apple is getting ready to go downhill fast). They were right next to the Sugar Bee apples which were also picked at the end of October but holding up much better. I ended up getting the Sugar Bee. So far Sugar Bee has been my favorite apple. I wonder how Juici compares to Sugar Bee.

I much prefer the sugar bee to the juici.

the Juici I had this year were a lot worse than last year and all had a little bit of bitter taste. maybe just a bad year for them