Just got an order in from Womacks nursery. Appears they let a pack of wild hogs loose on the box

The box was in bad shape at my door (picture is after I opened the top half and extracted the trees): 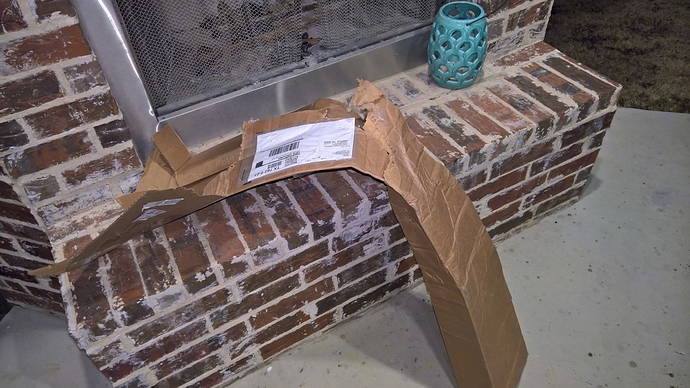 Luckily the 2 pomegranates were short and were at the opposite end of the giant bend in the box: 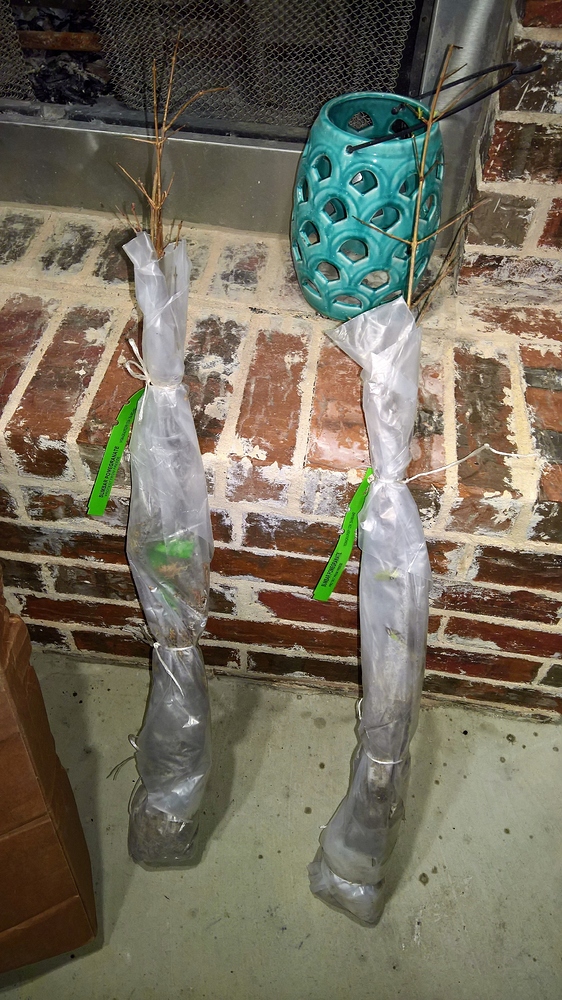 But the Flavor Supreme had no such luck: 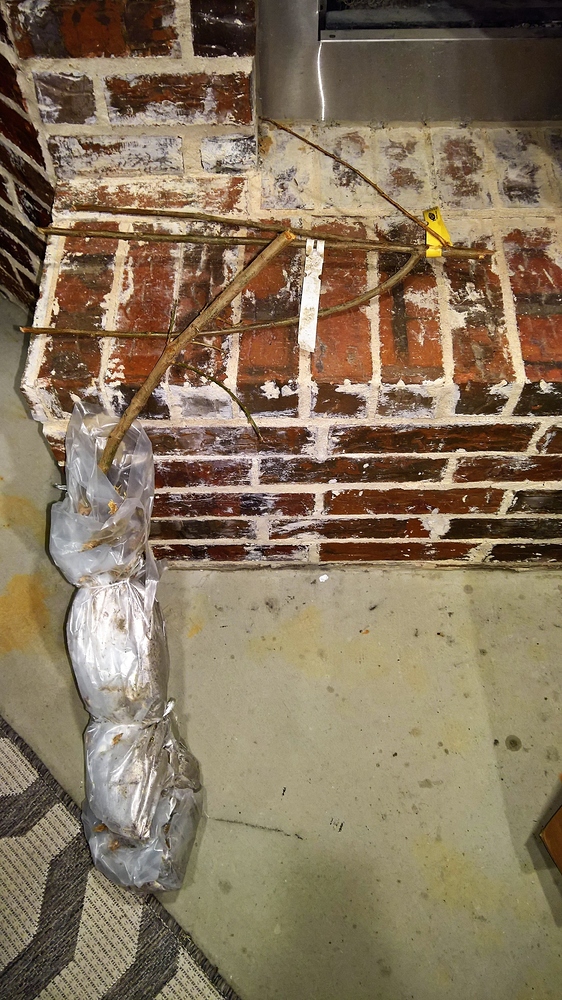 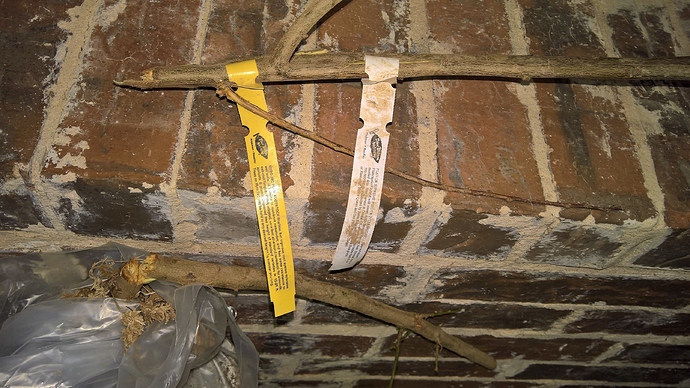 How nice of those delivery guys to make the first knee-high pruning cut for you. Now you’ll have a nice open-center vase-shaped plum tree… or perhaps no tree at all, if it dies.

I can see at least one viable bud peeking below where the tree snapped.

Womack forwarded you some DWN stock, so at least it’s primo stuff. I’ll bet the plum roots have a tremendous amount of stored energy and will have no problem pushing out new growth next spring. You might consider pruning the new top with shears so you have a clean cut rather than a disease-prone torn-off nub.

I haven’t taken it out of the plastic yet. I will re-evaluate tomorrow after work. Not sure where the graft is and how much clearance that bud has from the graft below.

What delivery company would ever think that would be acceptable? Did they leave a note with it?

I agree with you Turkey Creek. Deliviries are not cheap nowadays. I would claim the whole shipment if I was that Nursery. They paid a bundle to ship that. I suspect the nursery will agree with me.
Texancharlie,
The trees that look fine may be ok or maybe not. The order you paid for and the order they shipped is not what arrived.

I just looked at it more closely. Previously, I did not realize that that plum is broke at TWO different points. Yikes. The scion on that tree is a complete loss. Womack and/or their shipping handler are gonna need to answer to you. I would require a replacement or refund for that tree.

I’m a driver for that company, That package should not have been delivered in that condition.

The box image is AFTER I opened it…but the bend in the box and the crinkling around the center is not of my doing. I should have taken a picture of the box BEFORE I opened it but I was too curious to check out if anything survived it. It was curled up and crinkled around the center at my door. As you can probably tell, I just opened the top half of the box and pulled out the items, the bottom half was not touched. I edited the caption above the box picture to indicate I had already opened it.

Unacceptable. I’d be filing a complaint.

I contacted Womack nursery and sent them the pictures. They got back with me and said they would be sending me a new tree soon. So all is good.

How much do they charge for shipping?

Not sure…I think it is around 20 bucks or so.