Are any of yall growing these wild hardy Kazakhstan M. Sieversii native apples? 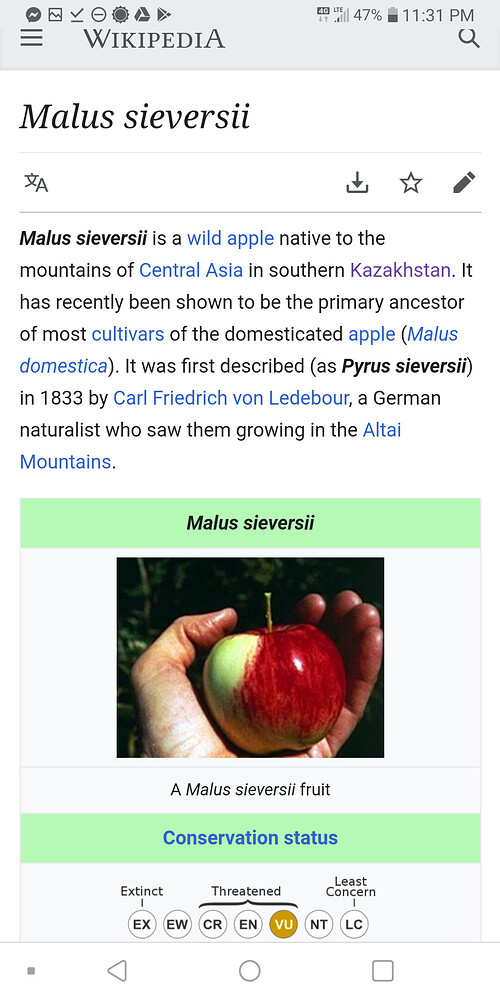 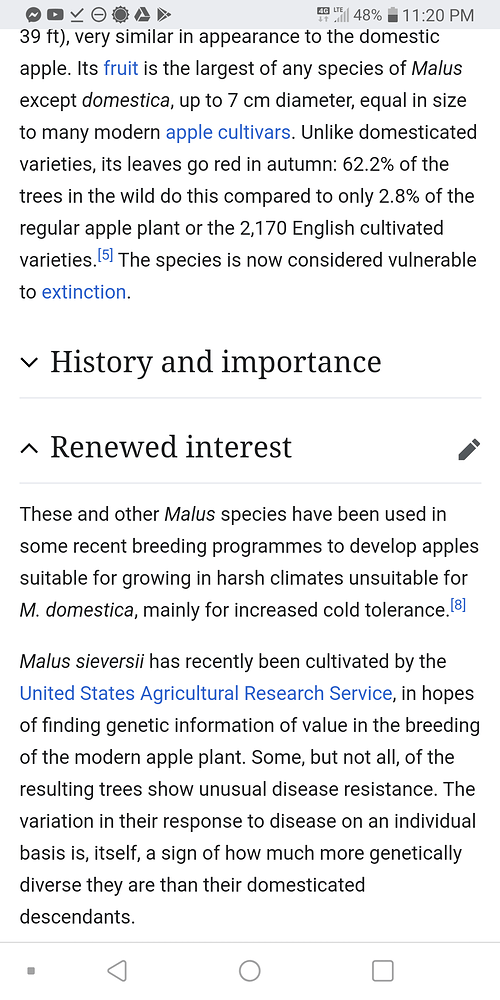 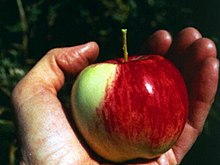 Malus sieversii is a wild apple native to the mountains of Central Asia in southern Kazakhstan. It has recently been shown to be the primary ancestor of most cultivars of the domesticated apple (Malus domestica). It was first described (as Pyrus sieversii) in 1833 by Carl Friedrich von Ledebour, a German naturalist who saw them growing in the Altai Mountains. It is a deciduous tree growing 5 to 12 metres (16 to 39 ft), very similar in appearance to the domestic apple. Its fruit is the largest ...

Also this is an interesting video on fruits including apple in neighboring Tajikistan is impressive! 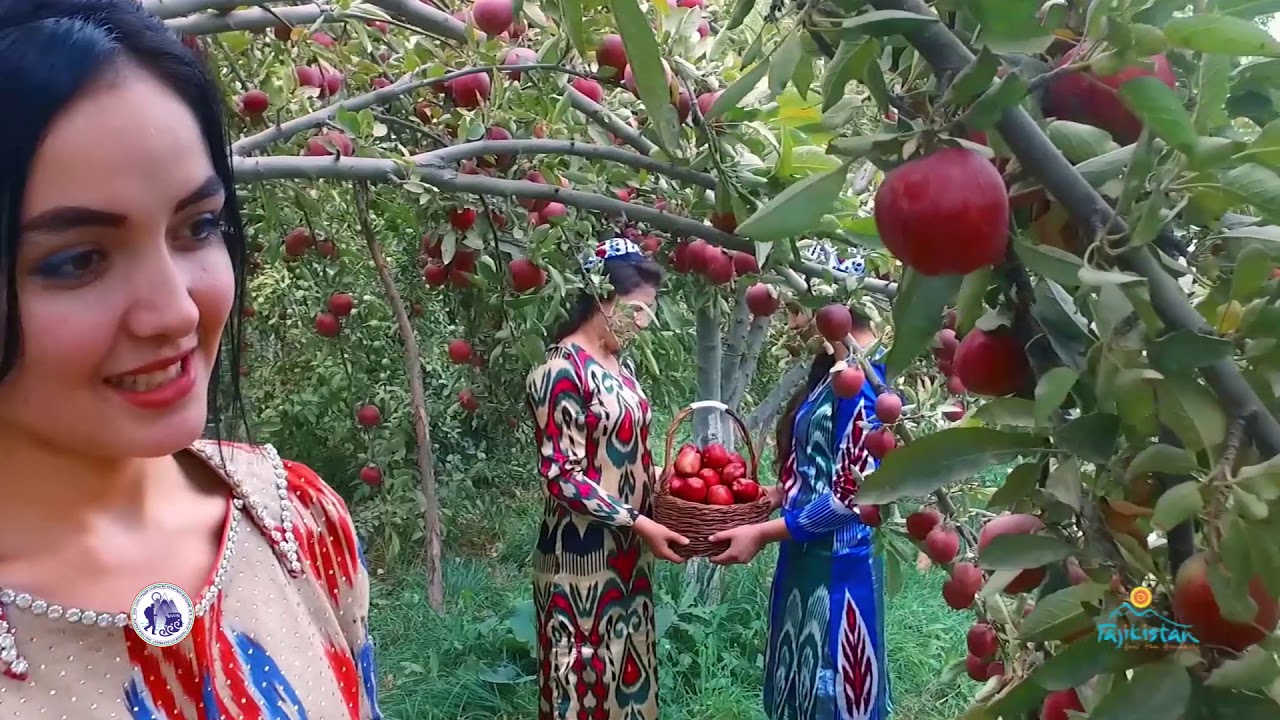 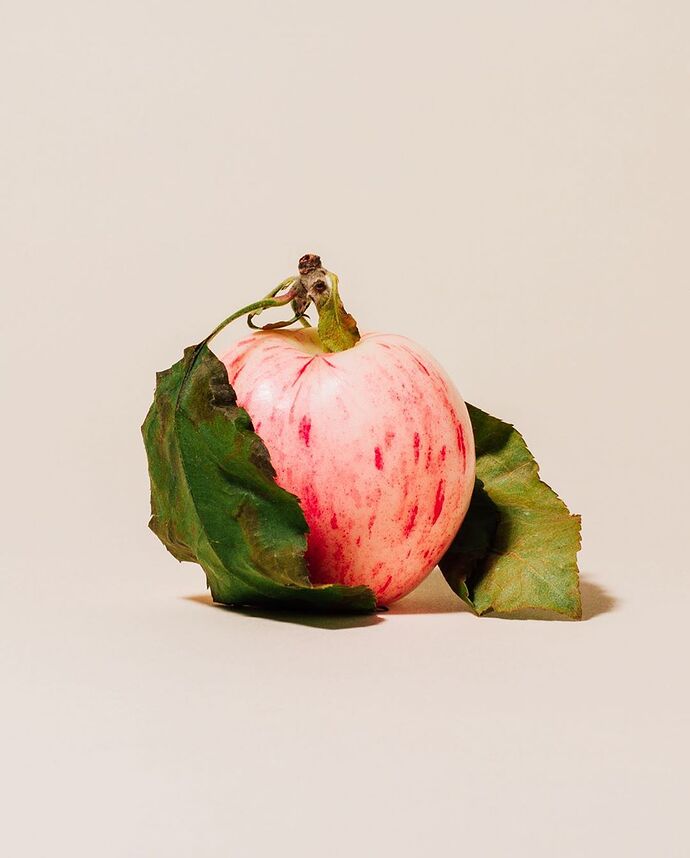 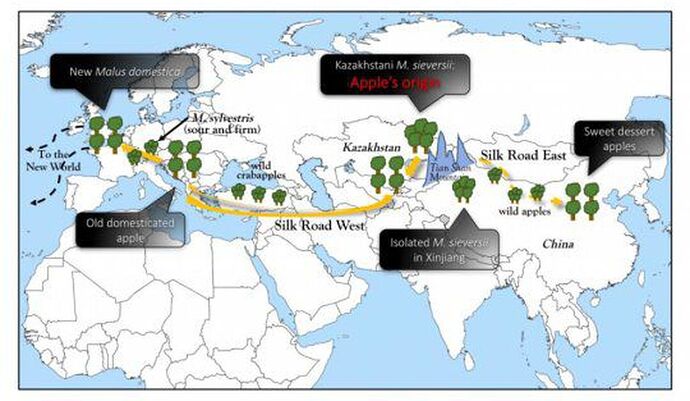 Already copy/pasted was thinking of starting a New thread thanks

I have to ask In the article they state
" People passing the silk road discarded apples cores on the way , and they crossed naturally with wild crab apples giving us the Apple we know today"

I think it could of been the case in some cases,
but I people if passing through probably put more value on seeds
probably purposely planted seeds , and wanted to go back each time, and harvest apples
(just saying, but that would of muddied up the article)

(below if this is the case with the Genes If a apple is off a little could back cross, to try to get the Numbers for a desert apple if that’s what your after (see below in BOLD) 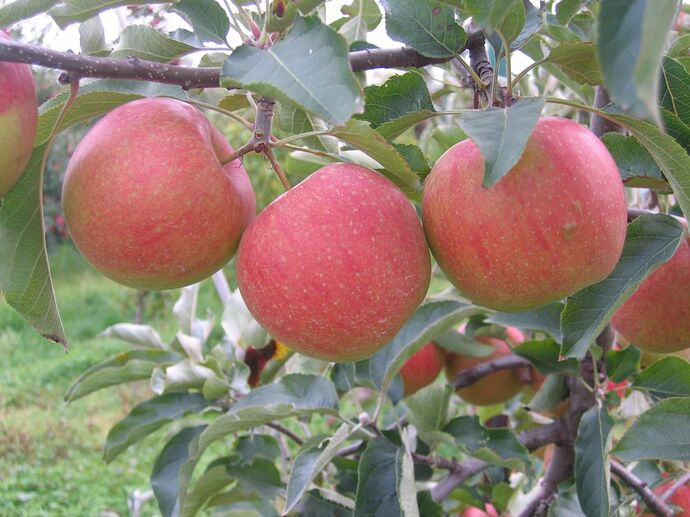 How the Silk Road Created the Modern Apple

According to the press release, while the modern apple may contain more genomes from Malus sieversii, they are nevertheless much more similar in flavor and texture to crab apples than to their Kazakh foreapples*.* “For the ancestral species, Malus sieversii, the fruits are generally much larger than other wild apples. They are also soft and have a very plain flavor that people don’t like much,” Bai says.

Having the genomes of so many apples will help apple breeders figure out how to produce larger, juicier, insect and disease-resistant apples more quickly. Davis reports the discovery that the Xinjiang population of Malus sieversii has not been subjected to domestication means those apples may hold a reservoir of traits that could also help improve domestic apples*.* “Those apples are not getting involved in any of the domestic apples – they are a lost jewel hidden there in the Xinjiang area,” Bai says.

Malus Domestica​​ found the fruit was incredibly complex with about 57,000 genes—the highest of any plant genome studied thus far. Humans, by comparison, 19,000 Genes )

Thank you for the link for those that want to watch ,
but it could be watched muted since it really didn’t say much
if one wanted to eat some food while watching , and see pretty pictures.

the fruits of tajikistan the republic of tajikistan is located in the southeast of the middle asia tajikistan’s land animals vegetables and plants world are different fruitful having high ability the various fruits are cultivated in tajikistan and this sunny land is well known with its sweet fruits here are more than 5000 splashes of plants which 850 type of them are peculiar to the nature of tajikistan in the gardens of tajikistan grow various fruits such as april africa grapes peach nut pomegranate pear pig persimmon plum and others the grapes growing in easter valley has unique taste the wine growers of such valley who have boundless wine yards are cultivating more about 10 type of grapes which not only inside of the republic but also in foreign countries have their many buyers therefore his value of tajikistan became popular with its grapes more than 236 splashes of grapes are grown in tajikistan and 193 types of them are regional grapes which distinguish with botanical and biological specific characters from each others in addition taking into consideration its importance the grapes is separated to edible for fresh eating whiners for production of wine champagne and conic technical for producing juice drinks grape juice ja conserve and so on raisiny transplated decorative and other types this classification got opportunity to produce qualitative products from the grapes in the second half of the 19th century the chemical composition of grapes was studied comprehensive thus the new sphere of medicine amphilotherapy got scientific base the grapes is recommended for the treatment of mental sickness physical tiredness anemia thinness heart kidney and lung illness as much as possible using grapes is health giving for decreasing blood boiling expectoration treatment of polyarteryth
tuberculosis rheumatism and breathlessness grass so the peasants of sur province of tajikistan are familiar with their sweet apricots here they cultivate more about 10 type of apricots with other species of fruits especially the apricot of espara and cannibidum are world renowned annually hundred thousand tons of it introduced to the regional and world markets apricot as one of the best subtropical fruits is a news both fresh and dry according to now reaching advantage indication the apricot takes the first place among all peep fruits gems concerts juices and drinks are made from the apricot the thyroid apricot washed from the peep is very popular eating dried apricot is useful for the heart diseases anemia a vitaminosis and others so rushed as a cello terrory and abundant values of tajikistan from the ancient times is well known with its delicious apples and peers in the all markets of tajikistan rushed apples and peers are great demand able thousand tons of such fruits are exported to far and near foreign countries annually in apple’s composition are ferum iron micro-element and other necessary useful agents to human organisms so nearly eighty percent of subtropical fruit gardens of tajikistan consist of pomegranate yards actually the pomegranate is grown in wash and coffer nihon valleys people use not only from the pomegranate sweet juice for their healthy life but also from its skin and butt with the aim of diverting cancer disease pomegranate’s composition is abundant in potassium iron mineral c vitamin also b1 and b2 vitamins with calcium and phosphorus preventing from artery oscillators pomegranate is curative for heart vessel sickness being helpful for the health of skins the pomegranate prevents infectional skin illness in addition it’s health giving for gastritis and mouth ulcer decreasing cholesterol diminishing pain joints it strengthens meats of body heart and teeth provides the balance of blood’s sugary level and is useful for pancreatic diabetes healers making strong immune system the pomegranate provides good condition for increasing healthful bacteriums in intestines so my do in the gardens and wooded countries of tajikistan are grown for pistachio nuts lemon persimmon peach almond and other trees pistachio is grown in the southwest part of the republic which its general area is about seventy thousand hectares not tree gives good harvest in all the regions of tajikistan in general tajikistan is rich in fruitful trees and thousands patches of plants which are abundantly on use by the population.

I have a few Kazak apples growing here. Scions came from GRIN. The one that has fruited a few times is unremarkable. Not bad, not great, just an apple. It would likely be a good addition to cider. I’m still waiting on two other varieties to fruit. Both have shown some winter dieback.

I grafted the KAZ 96 3 15 a couple years back…hasn’t fruited, but looking forward if it does.

A IDEA cross & start over using M. sieversii , and instead of using already cultivated apples (with Euopean crab)
use our wild ones, and try to match these Numbers (46%+ 21% + 33% unknown)
We have a bunch Florida Crab apple, PNW native crab apples ETC and late flowering natives.

some of the pea size ones , and marble size ones might have hidden flavors too even those ones a little bigger then a BB (gun ammo )
Some (marble) crab that are small, and planted by the city
made into tea have a cinnamon taste.

WHAT IS YOUR OPINOIN on that starting over?
Johnny Apple seed comes to mind Maybe use some of his wild plantings as well?

I understand it could take longer then 10, 20 years
even grafting to speed up results of new crosses but time always passes.

Fedco has dons a excellent job discovering good quality wild apples here in Maine and New England. they grow and sell the better ones. many cant be found anywhere else. many were brought here from French and Swedish immigrants. lots of Russian apples which is a huge catergory. where from in Russia? Kazakistan/ Tajikistan were once part of Russia. this area is covered with abandoned farmland that has all kinds of different wild apples yet to be discoverd. someone planted them there for a purpose at one time. many are huge knarly old trees.

I ate a Japanese Crab at Morton Arboretum it was not froze, but it was like mush
(tasted like froze crab apples) could be good to breed one, and call it toothless.

A Non Native I think this might be the Marble size one with the cinnamon taste
(I have a Purple leaf crab in the back in shade 4 feet tall & old , but looks different never flowered)
https://www.illinoiswildflowers.info/trees/plants/apple.html
the fruits of Plum-Leaved Crab Apple are usually red,
the fruits of native crab apples in Illinois are usually greenish yellow
(think I found one native off Gilman trail by RTE 25)