In this container is several different varieties but the Kieffer decided it didn’t need much stratifying. My thought was the last two nights with the temp dropping into the low 20’s they would be toast. They sure look healthy to me. Now I’m wondering if they generate freeze protection. We have several more cold nights ahead so we will see. None of the other varieties germinated. I’m confused also. 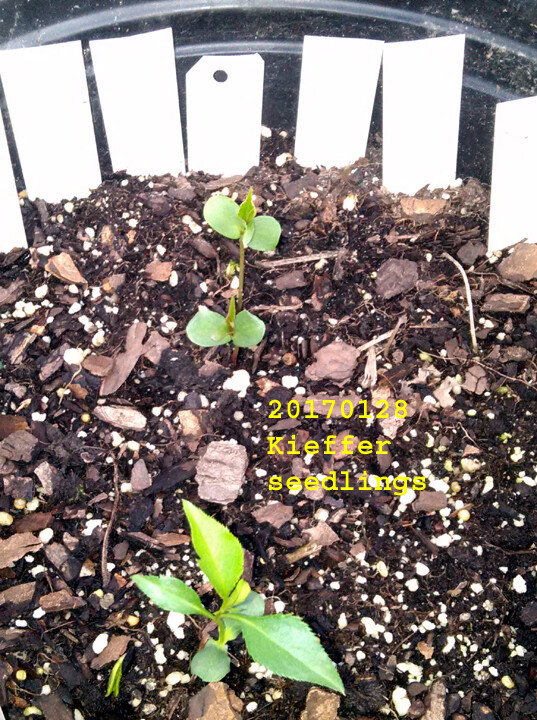 I myself have wondered whether seed stratification time correlates with required chill hours. I have a number of small self-pollinated apricot seedlings from Gold Kist which is a low chill cultivar. Even though they are a self-cross I see a bit of variation among the seedlings – I have one that has yet to lose its leaves yet, but others lost their leaves long ago. I wondering if their are any features that can be used for early selection for lower chill hour requirement.

In my observations, seedlings of pear and apple tend to have some frost protection but I wouldn’t force them to endure multiple nights at 20 degrees. I usually stratify in the refrigerator and only plant the seeds out when they sprout. You may have a few more weeks left for your other varieties to sprout.