Yesterday I had an email conversation with Guy Ames, a straight shooter nurseryman in Arkansas. I asked him his opinion of King David fire blight resistance as I am seeing it blighted many places I’ve grafted it. His response:

Steve, you really hit a sore point for me. I LOVE King David’s flavor, but it is very susceptible to fireblight. The sore point is that I have relayed this information to other nurserymen, including one in Virginia who you probably know, and they do not change their descriptions in their listings. Pisses me off! They are doing everyone a disservice! I really don’t know what to do about it other than keep telling folks.

That sounds exactly like what I have noticed on my KD, it got really bad blight last year and sort of bad this year, the worst in my whole orchard. Thanks for the heads-up on this.

Thanks for the heads-up. I had been considering getting the King David precisely because so many sites claimed it was a fireblight-resistant apple, ideal for the South. Thankfully, I decided against it this year, but no doubt I would have been considering it in the next few years if not for the advice.

Argh. Just planted a KD last spring to replace a different dead tree. Got fire blight in my trees for the first time, though not in KD. But I had chosen it partly based on it’s purported resistance.

I think there is a confusion among catalog description writers of the words “resistance” and “tolerance.” I suspect KD tolerates blight in that the tree may survive the attack.

That could be, my tree doesn’t get big nasty strikes it gets zillions of small ones. But its still horrible.

I don’t know. To me, something fireblight tolerant would be all the Callery pears I see planted down here. Plenty of them have quite a few fireblight strikes, but the tree is able to cork it off almost immediately. I’ve never seen a Callery pear absolutely consumed by fireblight, or die from fireblight.

If what the nurseryman and others have said is true, it would be way too generous to call King David either fireblight resistant or tolerant.

Well, regardless, thanks for the heads up again. Glad I will not have that headache to worry about.

In started to order King David scions from the USDA site until I noticed they had it listed as a 5 on a scale of 1-5 as far as fire blight susceptibility. So I removed it from my cart.

Well, that’s not good to hear. We planted a KD this spring, it’s on M7. I too had heard being a southern apple, that it’d have good disease resistance. But, we’ll see what happens, might be OK here. It has put on some good growth in its first year, with some nice little branches.

Its good to have another confirmation. I think their data is based on studies they did themselves, not on what they read somewhere.

@speedster1 Thanks for tip about blight ratings on USDA site. I found the listing of apples but it was not “clickable” to take me to any detailed ratings of each apple. How can someone find the blight ratings?

King David is a real Jekyll and Hyde.

Might want @applenut to weigh in, since he works in tropical regions. I think he had praise for it.

note that almost 1/3rd are 5’s so 5 doesn’t mean horrible, it just means susceptible. Many of my worst ones I see on the 5’s list so its certainly correlating with my experiences.

Great if they’re your only apples.

Isn’t that the truth Matt. I’d much rather have an apple tree die quickly from blight so I can cut it down and burn or bury (or trash bag it) versus a variety that tolerates blight well and soldiers on for years, all the while harboring hidden blight cankers that infect the entire orchard and are very hard to find every last one and cut them out. It becomes a nightmare to have a “carrier” in the orchard. I went through that for many years, no mas.

Wow Scott, thanks-that USDA blight index sure confirms why I struggled to grow all the pretty New England varieties in the Bountiful Ridge catalog from the mid- 70’s. 5’s all the way. I didn’t even know that Southern apples existed until a few years ago. Burford’s book was a revelation.

I see Kandil Sinap rated in the most blight resistant category 1- have been interested in that one for years, may try it out as a graft.

Alas, no fire blight in the tropics (not much here either after 95F temps earlier this month accompanied by 50 mph winds and 5% humidity). Their main troubles are powdery mildew and scab, which they have no defense for other than planting resistant varieties.

Jason Bowen at Horne Creek Farm’s Southern Heritage Orchard reported that ALL of their varieties get fireblight in some form or other.

My contact in Zambia did forward this photo of a 4th leaf KD tree bearing nicely. 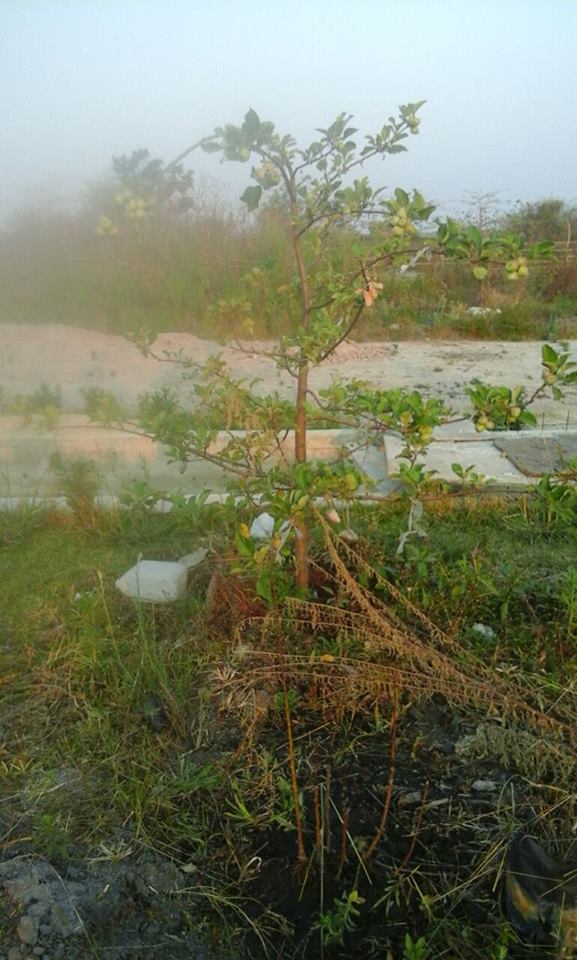 no fire blight in the tropics

Why is that? Is it something that could be an issue if imported or is the climate too arid in these particular areas?

I think high temps kill off blight or somehow disable it.

In East Africa at least, the pathogen has not been introduced, or has no hosts. We hope to keep it that way, as it would spread like wildfire if it gets into an orchard there, as the climate is perfect for it; 80 degrees and humid year-round.

Temps over 94 degrees knock it way back here in California, we usually don’t see it past April.