Very dry in Kansas this year. We’ve had little to no rain and drying winds and warm weather. Tried to transplant a couple of trees but the ground was like digging into brick. How’s your weather been? If I want to plant trees this year I need to add about 10-15 gallons of water to the hole to make it dig gable. Then I need to be prepared to water the trees throughout the year. The good thing about these dry years is not much fungus lives through these conditions.

Massachusetts has been digging out of a drought from last years very little rain. This winter has been pretty wet so we’re out of the worsed of it. We still need a wet spring to be totally out of it. We have had a Gypsy moth explosion because our last two springs have been dry and a fungus I believe that kills them hasn’t come out because of two dry springs in a row.

We have had a Gypsy moth explosion because our last two springs have been dry and a fungus I believe that kills them hasn’t come out because of two dry springs in a row.

Yes the weather certainly has an effect on insect populations. I’m in the same weather pattern as you and I’m getting ready to do battle with the Gypsy moths this summer.

John,
I never thought about the insect problems your describing due to the drought.

I actually had to swat away a mosquito a few weeks ago…In Kentucky- in February! Also had encounters with them here in OK.

We’ve also had to deal with those infernal chinese ladybugs, or whatever they are, coming out of hibernation in Jan and Feb in our house. They usually don’t come out until March.

The La Nena I liked the best was back in the year 1984! Sorry everyone but I just couldn’t resist doing this…

Disclaimer: Any member under the age 40 here is advised NOT to play the video, it could result in your head exploding!
https://www.youtube.com/watch?v=BLEogB8sVGc

We get the moths here too. They were really bad about 30 years ago. The government paid to have helicopters spray the entire area. It knocked them out for a long time, but they are slowly coming back.

we’re a bit dryer than normal for this time of year, which is a concern because we’re getting close to the start of fire season…

I just dug up two blueberry bushes and discovered that the water table is less than one foot down! I’ve now got two little wells.

Except now the weather gurus are saying it’s currently mid- Nino/Nina but everyone know the kinds of rain California
has been getting…so how much is ‘actual’ and how much is speculation?

There is a professional weatherman: Not the kind on tv, the kind who works away from public view but is good enough
that he’s paid by businesses and organizations.
This man works for and provides a regular weather forecast for the California Avocado Commission. On their website
‘The Greensheet’ there is a section with the forecast. Here’s the link:
http://www.californiaavocadogrowers.com/publications/greensheet

His focus is, of course, on what’s going to affect California Avocados but it includes trends both long and short term
for the Pacific Coast.
Here’s an example from the latest edition (a small part):
“In the Near Term – March 2-16…
After the rains that we expect thru March 7th, the NOAA/CPC outlook for March 7-13 shows drier and warmer than normal
for all of Calif, with a trough W of Calif, a weak ridge of high pressure over the N Great Basin, and a weak southern branch
of the westerlies thru S Calif to southern Rockies. We suggest that the warm and dry pattern for Calif will not last that long,
and revert to wet for central and N Calif about March 9-15th.”
The current forecast is through March 27.

There’s also a younger (recently got his college degrees) who has a blog: 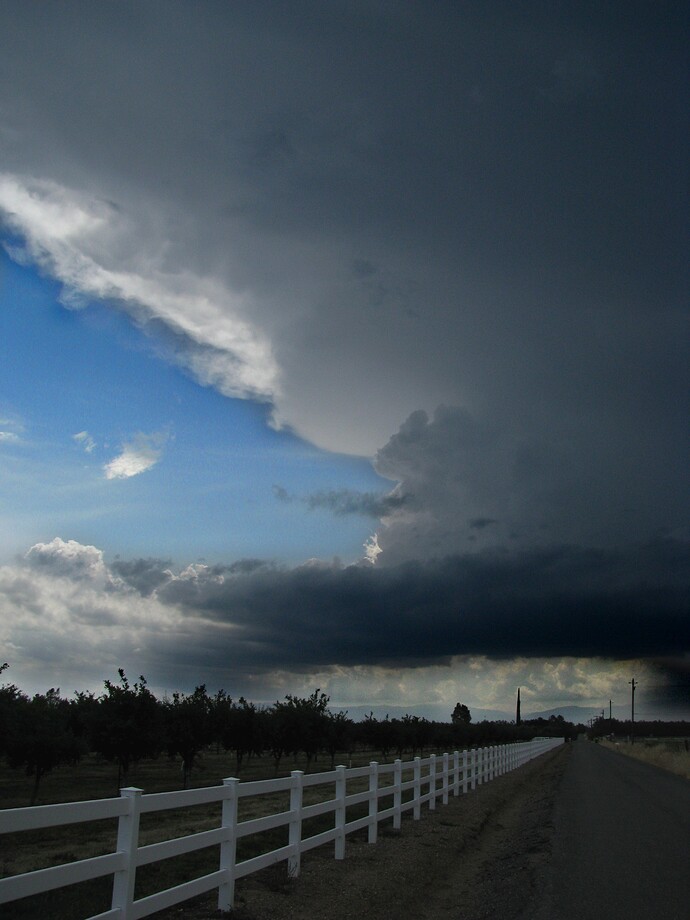 For those who like the colorful displays of weather events, he’s on twitter and
provides lots of the NWS stuff:
@Weather_West

When I lived in northwestern California the old timers (in their 80s, and this
was back in the 1970s) if you were the sort to listen to sage advice, would
tell you “Don’t plant corn until the oak trees have blossomed”. The ‘blossom’
referred to was the first tips of the leaves which were pink and did look a little
like flowers. Newcomers who thought they knew better planted when it seemed
warm enough and you know what happened. I’d grown up in the Sierras so
I knew that anyone can go to school and get smart but it’s the ones who watch
and learn that get wise, and it’s the second category that’s worth listening to.
And the advice was spare, they expected you to think about what they said; they
didn’t explain everything. Good example of that was telling a new comer to remember
to wash down their firewood every so often after it was stacked. (This would have been
a mix of pine/fir and hardwoods). One man thought the ‘old geezer’ was pulling his
leg and didn’t ask himself why he should do that and found out the wrong way. The
un- ‘washed’ wood was a perfect place for black widow spiders to make their homes
and (the man also didn’t think he needed to wear sturdy gloves) he got a spider bite
for his unwillingness to listen and learn. When he tried to blame the person who told
him for not explaining himself, well he didn’t get much sympathy from anyone.
The local Native Americans (three tribes had their reservations in the region) had
their own history, knowledge and wisdom. We moved there in 1973 and when my
husband got a job driving school bus, the school was on the reservation so he got
to know a lot of the locals. They told him to prepare for a big, wet winter as they
come in about 10 year cycles and it could be 73-74 or 74-75. It was 73-74. It wasn’t
as big as the previous ones (1955, 1964-65) but enough that roads were closed
and the flood plain got a new load of topsoil.
I left the area before the next ‘big rivers’ time but with the drought in California I went
back to see if16-17 might be when the drought would break and the ‘big rivers’
would return. Did they ever.

There’s also a younger (recently got his college degrees) who has a blog:

Daniel Swain maybe a freckle faced, young lad but he’s extremely knowledgeable. His blog is a goldmine of weather information. The comments are pretty useful too of people’s anecdotal experiences and predictions.