I’ve had this Gold Nugget Mandarin in the ground for just over 2 years. There’s been minimal new growth. It flowers, but drops all fruit immediately.

I probably under-watered it initially (deep water every 2-3 weeks), fearful of giving too much. Last year I watered weekly. Soil always tests wet with moisture meter, but top few inches do dry out. I tried iron, but no change. I’ve been fertilizing regularly, no change.

I’ve got a pink lemon and Owari satsuma each 6-7 feet away. The lemon is happy as can be and vigorous (no fruit yet, but flowers). The Owari satsuma is fruiting, but not a vigorous grower. I have no idea what rootstock they’re on. I planted these at the same time, and essentially treat them all the same (except didn’t give these 2 iron). The lemon was in a 1 gal pot, owari satsuma in 5gal, and gold nugget 15gal when planted (I couldn’t find any local gold nuggets in smaller size, which I had preferred).

I had Dept Ag come out to make sure no HLB disease last year.

I’ve found a gold nugget locally in 5gal pot and I’m tempted to buy and replace (tearing out the old one), but it was expensive and I keep hoping it will start to turn around. 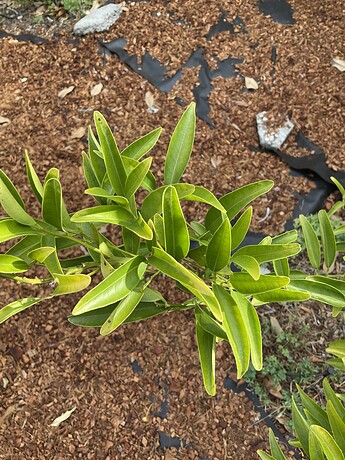 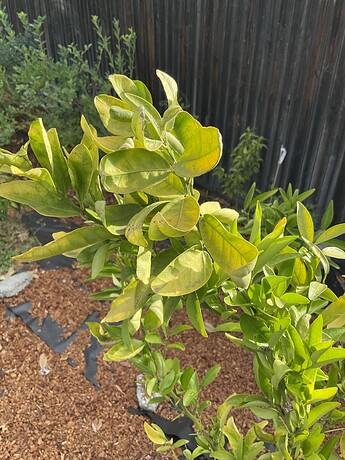 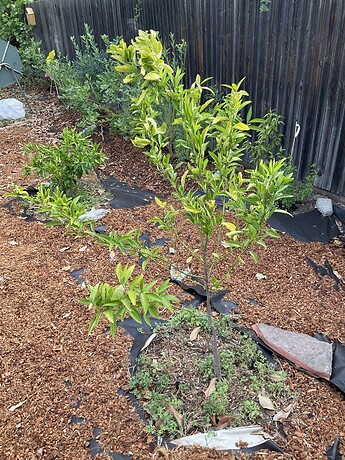 Could you add more info on where you are, where did you buy your plants from and what fertilizer do you use and frequency?

I don’t have any particular advice, but my Gold Nugget exhibited similar bloom and early fruitlet drop for years. New growth would yellow and/or darken and drop.
This year it appears to have turned around. The bloom is good and fruit is forming. Foliage looks good too. I got my tree in a #5 pot maybe 5 years ago. Something like that.
I did pull it out of the ground. It is in a half wine barrel now. The roots did not look great and there was a smell. It probably was struggling at the roots.
Good luck!

I had a gold nugget mandarin. If showed little if any growth. I would say it is smaller than when I got it and I kept it a year.

Bought them from local nursery chain (well respected in the area), that sources from Four Winds and Matsuda’s.

You do seem to be doing the right things. Do you see growth flushes on the tree? If yes, do the new flushes emerge with pale green color as well? The ones that I can think of are 1) bad soil, 2) over-watering or 3) lack of micros. The color of the leaves suggest lack of nitrogen which is surprising given your frequent fertilization schedule. I’d try reducing the fertilization to once in 2 months but using a foliage spray for in between months. In my case with Oro Blanco, when a similar thing happened, I was indeed over-watering the tree whenever I applied the fertilizer so as not to burn the roots. Switching to a foliar application reduces the need for frequent deep watering which perked up the tree.

On Owari Satsuma - many have reported the slow growth on “dwarf” rootstock from FourWinds. I’m not sure what rootstock was used but they have discontinued it. I do have a Satsuma planted with the same dwarf rootstock but it is vigorous for me after 2 years. Not sure if it was mislabeled.

Thanks for the input.

This year there was some slight flushing of new growth and a lot of flowers, so I was initially optimistic. However this was like 2 months ago. All the fruit dropped and the new growth has halted.

I’m starting to wonder if it’s poor soil. The former owner at some point had an above ground pool here, so who knows how much chlorinated water leaked out. The confusing thing is that the other 2 citrus mentioned are in essentially the same area and seem to be doing well.

Both of the others were small when bought, and I’ve heard larger plants take longer to establish. For this reason, I’ve been trying to wait patiently for things to turn around.