Leave or chop off below wound?

Yep this happened…branch broke while I was apparently pushing to hard. “Sigh”

Not sure what to do. Will it heal itself or should I cut the top of the tree off below the wound? 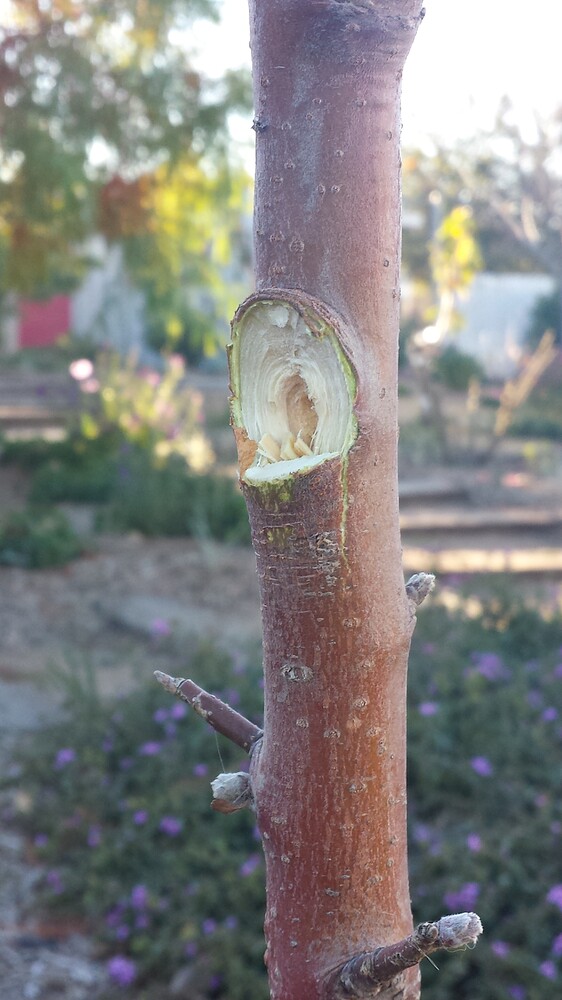 You might want to wrap it up to hold that slight split tight until it heals. But wrapped or not it will heal over in about two yrs.

Ahhhh…awesome. I was fearing the worse!

My two cents. I would shave that lip off and clean up the ragged edges, then allow it to heal. Looks like a spot for rot too start with that lip.

I see now I did not word that correctly. I meant the protrusion on the bottom of where the branch ripped off, that makes the shelf (lip). I agree do not remove the bark ridge (aka branch collar) on the upper portion of the wound. Those bark ridges are where the healing process begins. Remove the splintered edges within the wound itself to make a smooth surface.

Leave it alone or wrap that split part tight enough to let it make contact as you would a graft point to let it heal back. Bad time to be letting it heal but no choice. I would not leave the tape on if you go that route more than a few months past bud break lest you constrict (girdle) the trunk. I am not optimistic that the split part is still capable of healing back together since it likely has dried. Start the wrap at the bottom like a roof so any rain or condensation forming on the tape rolls off rather than under.

When such splits are wrapped promptly they will usually heal, speeding the process and perhaps strengthening the area sooner. FN is right about branch collars, they contain chemicals that help wall off infection and have energy reserves to speed the “healing” process. That is why flush cuts are no longer recommended in pruning tutorials.

Apple wood tends to be strong and reslient so FNs advice is correct that the wound will heal regardless. Actually I agree with both F Ns. Just realized it abreviates names of both commenters here.

As far as using tape, be careful about unwrapping it later as this sometimes takes bark off with it. You can make a single longitudinal cut with a sharp knife or razor to prevent any girdling. Sometimes vinyl electric tape stretches with growth and sometimes it girdles.

If there was still a strip of bark attaching the broken branch, I would have tied it in place and tied the end of the branch to a stake, like setting a broken bone. It would have healed in a season and you could have saved the branch. 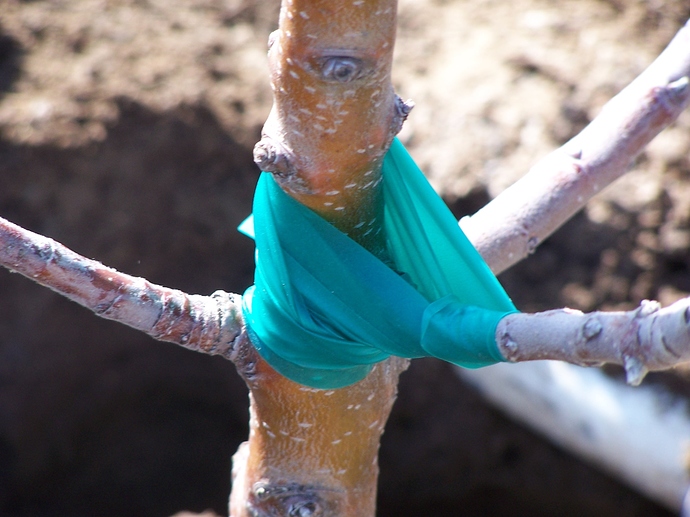 Thanks everyone! I learn so much from all of you and I greatly appreciate your time.

I cleaned up the splintered pieces and just wrapped it with green garden tape. I had just happened a couple hours prior to my post so I hope it didn’t dry out to much.

Applenut, I will remember that little tidbit for next time I over power a branch to make it go where I want it.

It looks like the branch broke because its diameter was excessive. When the diameter is more than half that of the trunk at point of attachment the attachment will often be weak. The trunk needs to be expanding much faster than the branch to provide adequate connective tissue (essentially the branch collar).

A hinge can stop that from happening when you need to keep the branch but making a bench cut while removing such a branch (leaving a bit of a stub with a horizontal cut) will usually stimulate the growth of a better branch to replace the removed one.