Anyone growing this apple? I noticed Edible Landscaping says this one is self-fertile, but other websites mention it must have a pollinator.

If it is not, do y’all have a recommendation for an apple or crab that has similar disease resistance?

Interesting! I had no idea about any of that; I simply planted my Liberty and started harvesting. And even though it’s now a frankentree, for quite a while the only pollinizing partners it had were whatever the bees and wind happened to find and bring. There’s a lot of conflicting information on the different websites I looked at. I think you’re going to have to get the answer from growers.

I’m not clear on why you want an apple or crab with similar resistance. Is it because you hope to cross with the Liberty or are you considering making a different choice?

If you want to grow a Lib but are concerned about getting adequate pollination you might consider grafting two or three suitable varieties on the tree. I was surprised to see the suggestions for adequate pollinizers on the Orange Pippin catalog:

But frankly, I don’t think you have to be too concerned, if my experience with my one tree is any indicator.

Thanks @marknmt The addition apple or crab was just for pollination purposes.

I read somewhere that Liberty might be a triploid, meaning its pollen may be sterile, so it would need two other pollinators.

I did…impulse buy. My dang Santa Rosa had some issues over winter and had to be pruned back pretty heavy. I needed something that looked great to fill its spot. This thing has a decent caliper and four beautiful branches already pruned in open center vase form. I had to snag it. Chill hours don’t seem too high for my area of Texas. I just hope it handles the heat well enough.

Good luck with it. If you can score some scions you can graft very soon. If you’re new to grafting, well, you’ll like it if you try it- it’s a great tool to have in your kit.

I believe “Freedom” is touted as perfect pollination partner for Liberty. I’ve had a few Freedom apples off my one graft here and I LOVE it- prefer it to LIberty. Freedom flies way under the radar.

I used to have a Liberty. Drift from spraying got it.

Always had too many fruit. And they were too sour to eat off the tree. So, I wouldn’t be surprised if it were self fertile (even though I had other pollinators, as well as beehives).

Great! Now I have to try Freedom- and here I am with two dozenish varieties on the poor tree now.

And they were too sour to eat off the tree

I agree! I was disappointed by how sour my liberty apples are. They were edible, but quite sour for my tastes. Mine is next to a good old fashioned Winesap (I know there are different version of winesap and I don’t know what mine is other than “winesap”). The Winesap is soooooo much sweeter than the Liberty.
I have several apples so I cant comment on self pollination.

I don’t think I’d ever rely on an apple being self fertile. Even if it was it would produce better with other apple trees around.

when I first got into this I saw apples as a bit of a problem tree because I didn’t want at least 3 trees or whatever. I’ve learned to embrace more trees, and grafting (I will probably end up with 2-3 frankentrees in the yard to hold a dozen plus varieties, plus another dozen whole semi-wild trees along a greenspace behind me) but the other thing that I’ve noticed is honestly there are relatively few places around here where you can go more than a hundred yards without an apple tree or crab, either wild or ornamental…

it makes me wonder how many of the folks thinking they’re seeing self-fertility are actually seeing their tree set a lovely crop on someone’s flowering crab six houses down the street, a scrubby wild apple in the woods, etc…

it makes me wonder how many of the folks thinking they’re seeing self-fertility are actually seeing their tree set a lovely crop on someone’s flowering crab six houses down the street, a scrubby wild apple in the woods, etc…

Yup. It’s hard to go very far without finding other apples, tended or not.

Watched some videos on cleft grafting. Seems simple enough. I’ll probably give it a try next year if I can’t find a dwarf, disease resistant(CAR and fire blight) apple to plant nearby. I’m pretty sure there aren’t any apple trees nearby. Not sure about crabapples.

So other than OrangePippin.com what’s a good source for general information about specific cultivars?

if you only want one tree, honestly I’d just wait until it has a solid half-dozen branches or so, and graft in 2-3 pollinizer branches. You may have to “move them up” in time, depending how you prune and if you end up losing lower limbs, but so long as you don’t replace the leader with a graft you can easily have a liberty tree with the benefit of a couple dozen apples from some different varieties and ripening times, and all on the single tree

After @marknmt mentioned grafting, I went down a Youtube rabbit hole. I’m absolutely going to make this thing a frankentree with some of the major disease resistant trees such as Freedom and William’s Pride. I’ll give it this year to grow and start next year grafting. It doesn’t have a central leader. Someone snipped it a while back at the nursery. 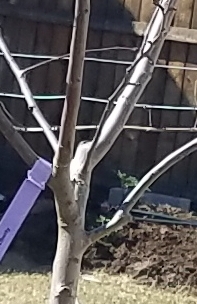 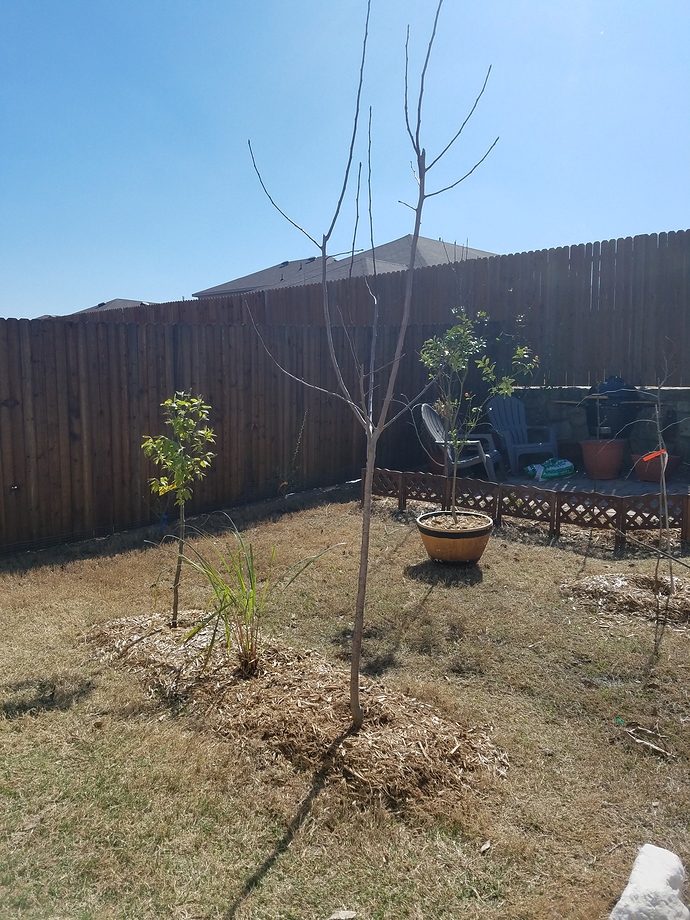