Oh well my top berry producer for years now has been my two crowns of loganberry… great crop again last year. The primocanes that came up last year looked great until winter, covered my 8 x 12’ trellis and ran off the ends (had to prune).

Luckily I have propagated my logans to two other locations, so I have them established in a couple of other beds.

A couple of pics below of the bulges in the canes.

Do any of you know what caused that ? some kind of critter ? cane borer ? something else ?
Thanks
TNHunter 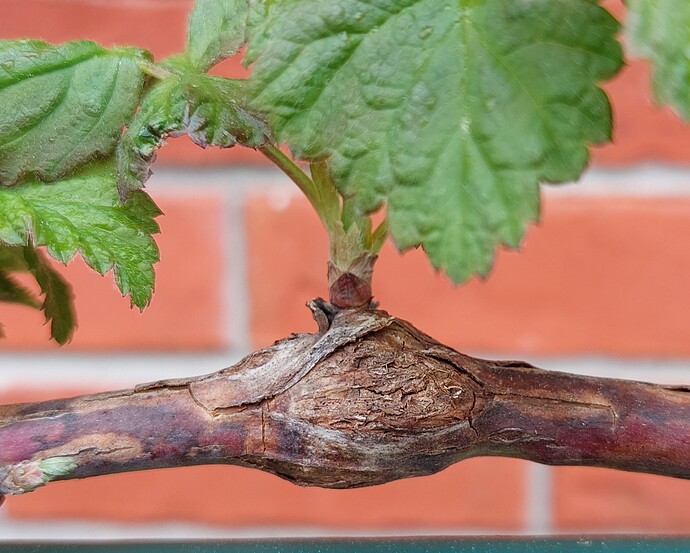 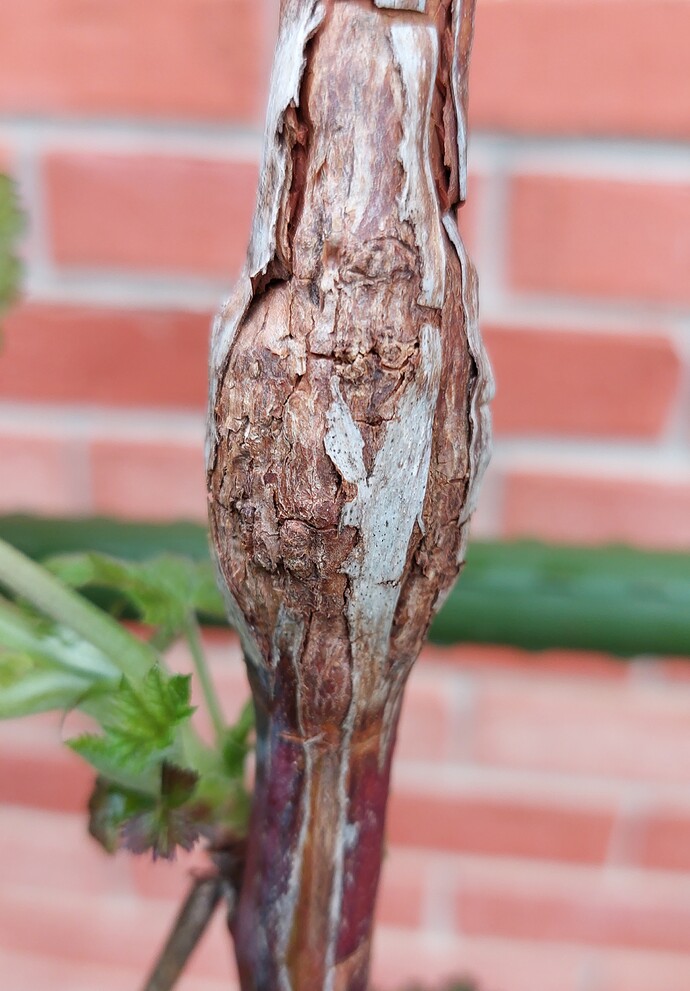 Probably a borer. I see that on regular raspberries sometimes. Usually the cane above it will die.

Ditto on this. Cut it off and toss it in the trash. If you cut the gall in half there’ll probably be a larva in the center.

Thanks for confirming what I suspected…

I have had illini blackberry 20 years… never had borers in them.

Have not seen this in my other raspberry patches… yet.

Seems like there is always something out to get our fruit producers.

In my experience it’s seldom more than an occasional pest.

Good to know… hope it works out like that here.

Did you have cicadas last year?

When I do see a lot of those here in TN… usually in river bottom areas.

I may be too high and dry for them at my place. Have never seen them here.

Could also be one of the cane girdling insects, sometimes these are small beetles. Keep an eye out for raggedy-edged leaf chewing this spring.

Last year I cut canes completely out as soon as I saw the enlarged places until I only had a few canes left. These canes also enlarged so I decided to try drilling several holes in the knot and injecting Spinosad. If you look close the holes are still visible today. Normally this time of year the berry’s don’t mature properly from the damage but as of now the Natchez berry looks like they might be ok. If they mature properly I plan to cut the enlarged areas open. I might try a few with and witho…

As an experiment, cut just the bulge out and then graft the two canes back together. I had a bad storm last year break my thickest blackberry cane in half with just a thin strip of bark keeping them attacked. I tied them back together with twine and braced them with two ~12” long sticks for support and it healed up great. 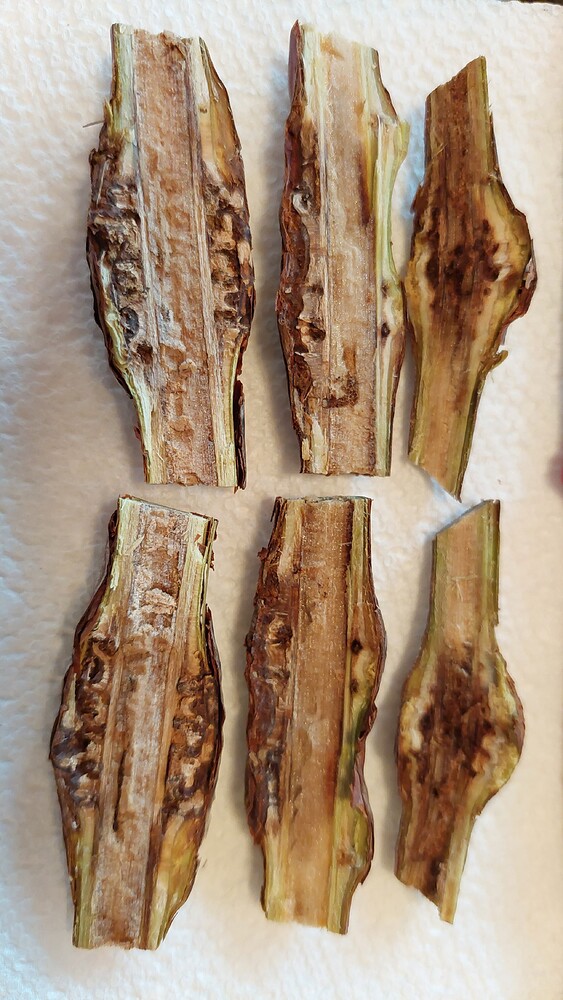 Got time today to collect the last 3 of those bulge sections of my loganberry canes.

Not so sure this is cane borer now…

What do you think ?

Jeremy … past these bulges… the canes were already in trouble… drying up no sap flow ?

They had new growth coming out b4 the bulge… but past it… almost nothing… and what did come out dried up and dead looking.

Typical borer/girdler damage. Once the outer cane layers are disrupted 360 degrees, no water can flow past the bulge. I have noticed that on Triple Crown and its extremely robust canes, the canes above the bulge remain healthy. This is probably because my only boring pest is the Rose Cane Girdler, an extremely small buprestid beetle. But for less vigorous varieties, such as Black Diamond, this girdler can result in canes kinking over.

What do you think ?

I think that it is cane borer damage…but regardless you should destroy and/or burn the damaged canes as soon as you find them.

I like to remove my spent canes in late winter/early spring when there are no bugs around… but i do inspect after fruiting and remove any signs of pests or injuries.

Regardless keep an eye out every month or so for cane bulges until you feel safe to not do so as frequent.

If you are not able to burn… you can bag and tie or put the canes in bleach solution.

Whatever the choice…keep the infected canes away from the non.

Thanks all… I have removed all the affected canes and lumpy areas have been trashed.

Think I will let my logan canes that are left in this area (not a whole lot after removing the bad)… fruit this year and then take them out. Give that spot a little while to rest and then maybe put something else there (that likes a morning sun only location). I may put some black raspberry there… they are my fav raspberry.

I have my logans propagated and established in 2 other areas… so hopefully they will continue there.