Here’s a shot of my Timotayo Mango that I obtained from LaVerne Nursery about 5 years ago. I’m hoping to get it in the ground this week 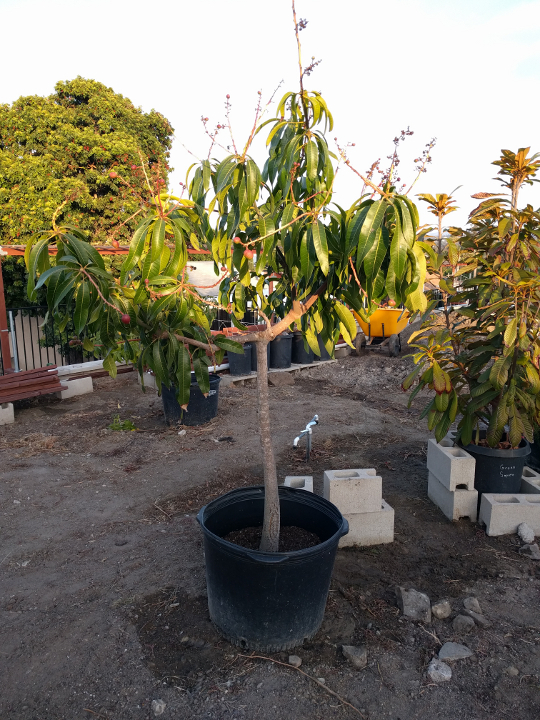 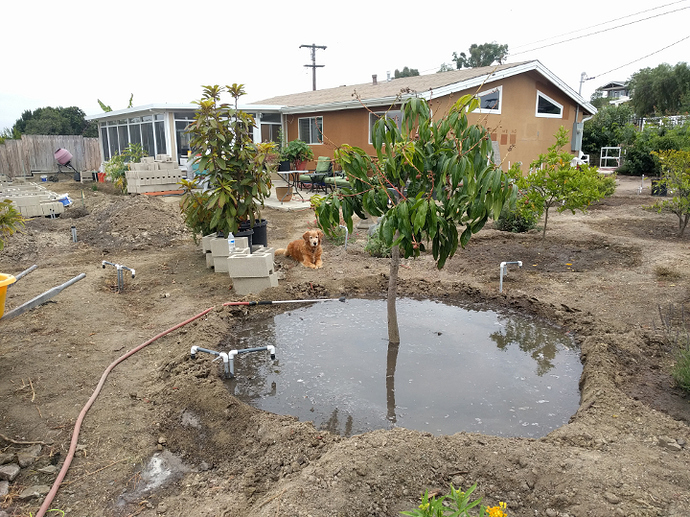 Looks good, both the tree and the pup. Any specific reason you chose this type of mango?

Any specific reason you chose this type of mango?

I sold both “Timotayo” and “Valencia Pride” in 5 and 15 gallon pots for about 10 years. Both are excellent in this area. When I closed my nursery operation, just the Timotayo was left in stock. Given a choice, I would have selected Valencia Pride

. It has a better track record overall.

I’m awful at judging size from pictures. What sized container was holding this one in the first photo?

The pot was 25 gallon, and as planted the tree is 6 feet tall.

Hi Richard, has your Timotayo started flowering, yet? I’m on the coast in So Cal and my 4 year old is being stubborn this year. Maybe because of all the rain?

Hi Richard, has your Timotayo started flowering, yet?

Yes, those pictures are from 8 days ago

Richard, that’s a nice tree, with a ton of blooms. Would this be the first year it sets fruit for you?

Do you need to protect it during the winter? I think you’re in 10a, which “should” get down to 25-30F. I had thought that mangoes couldn’t take freezing temps, similar to lychees.

It set fruits last year but I removed them. The lowest temperature recorded on my section of this ridge in Vista was 31F for a few hours in 1992. The commercial varieties “Valencia Pride” and “Timotayo” do well here.

Whoops! I read the timestamp on your previous post. Thanks for point that out. Great looking tree! 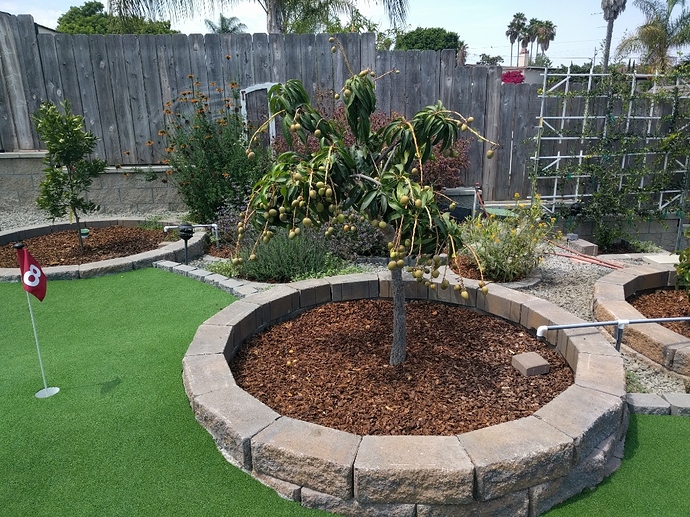 Most of them are still rock hard. A few have started to soften. Waiting for nirvana. 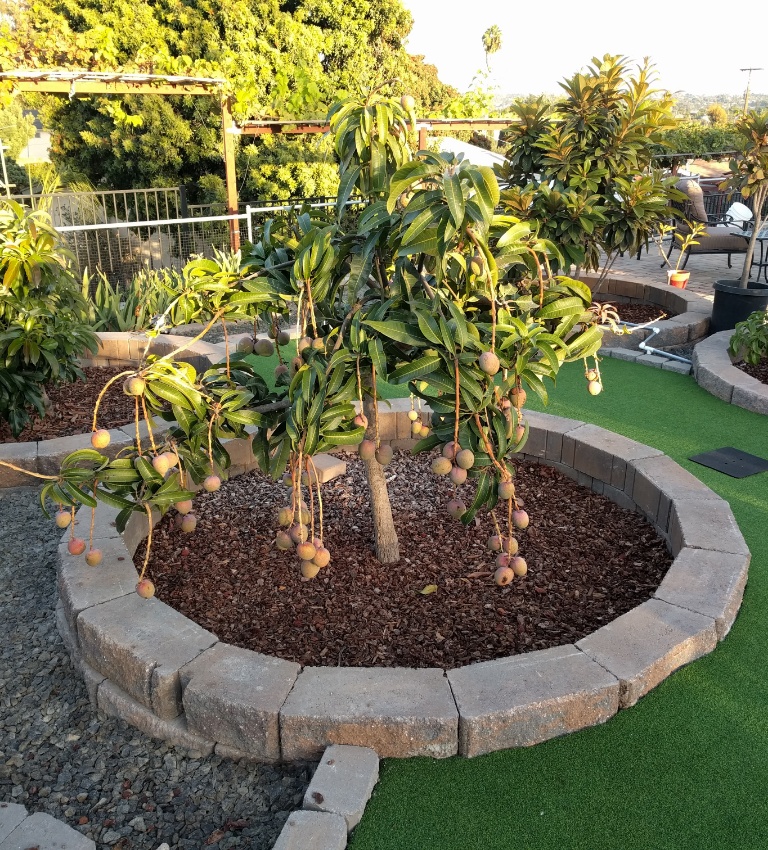 Those mangos look great, and with miniature golf too! I really like the improvements to your yard.

Wow! Nice work! Mine Timotayo didn’t flower this year, but it grew many new vertical branches. Excited for your good eating! Did you do anything special to get them to flower/fruit?

Very jealous. Of all the fruits outside my zone, mango is by far my favorite.

Also 0.62 gallons per sq ft equals one inch depth. I use that factor pretty often.