I think I already know the answer to this question but I am going to ask it anyway. Is anyone else on here growing Miller’s Big Blue Plum? I planted a tree back in the spring of 2012 that I bought from them that is suppose to be Big Blue European plum. Last year my tree had three flowers on it and one plum started to develop but shriveled up and fell off. This year my tree is filled with flowers and was just wondering if anyone knows what it looks or tastes like besides the one pic of it which Stark Bros. picked up after John Miller sold out. 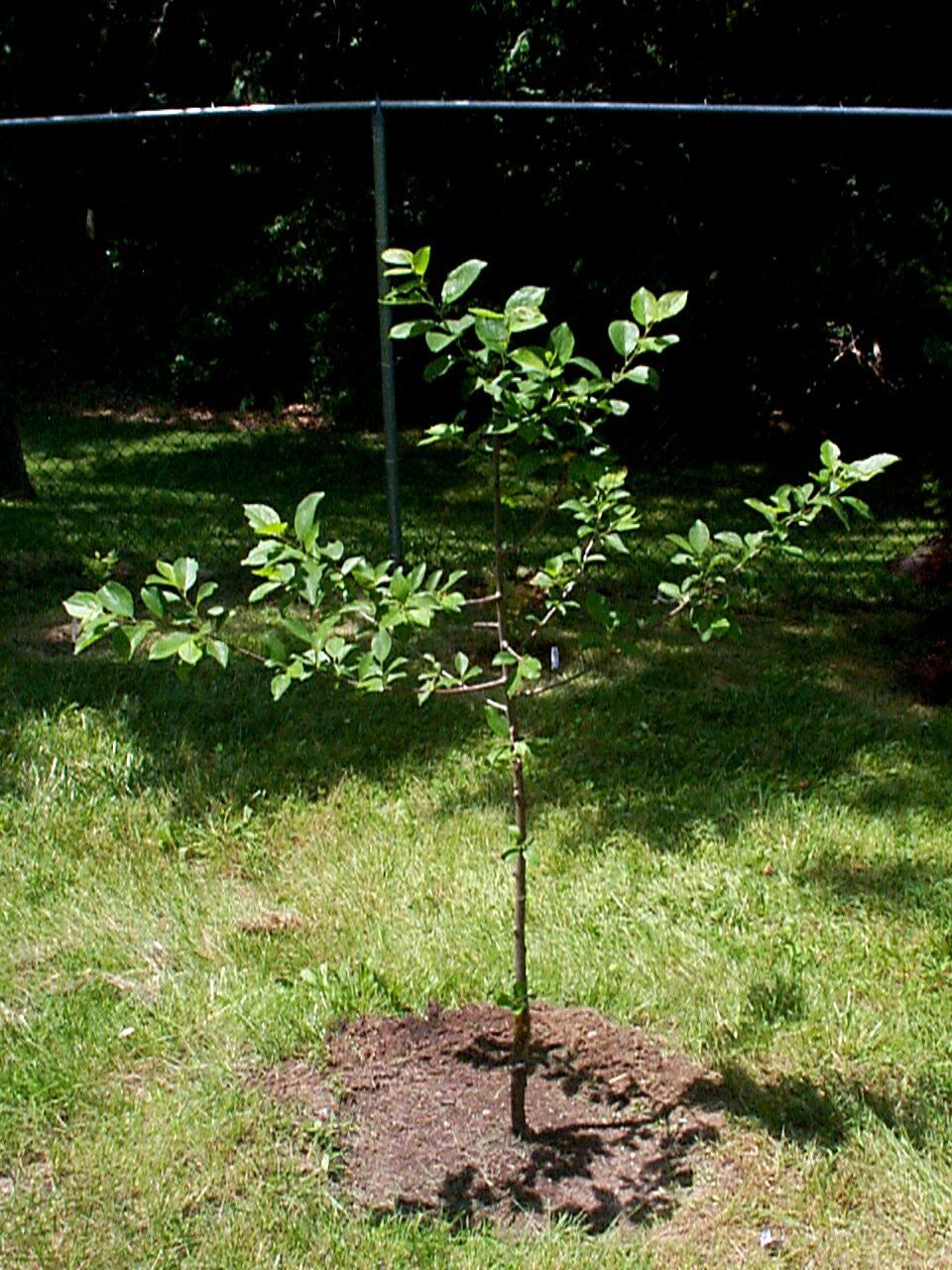 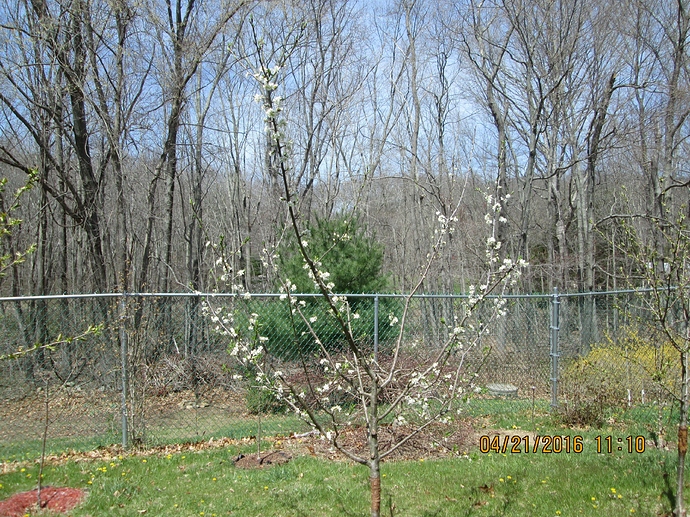 This year ended up being a complete bust like many other people around me for fruit except for this surprise. I thought that all the plums dropped like all my peaches ended up doing and I quite spraying in June. In early August I found a nice surprise to be four plums still hanging from this tree.

I looked through Millers catalog for all European plums they sold at the time and the only other blue or purple plums were Fellemberg aka Italian and Stanley. I looked at pics and descriptions of both those plums and this doesn’t appear to be either of them. Fellemberg/Italian in Plums of N. America says that they have medium-long 1" stems that adheres well to the fruit. Stanley also is said to have long stems and have a narrow distinctive neck. Well all the plums I got have short stems so for now I am going to have to call these Miller’s Big Blue plums.

The plums are not as big as what I thought they were going to be but maybe that is due to it being the first year to bear or because I only had 10.5 inches of rain here from May 1 to Sept. 12. One plum back in early Aug. was already turning blue/purple way too early and dropped on Aug. 31 and is not in the pictures that I’ll be posting below. The other three plums pictured are from Sept. 9 and 11th and all four plums were covered with green tulle since early August.

Pits
All the pits are 1/2 to 5/8 inches wide by 1 inch long with a thickness of 5/16 to 3/8. Pits comes cleanly away from the flesh being freestone and are the same size as the cavities.

Skin
Skin is thin, only slightly tart and pulls easily away from the flesh. Color of the skin is purple and has a blue bloom over it.

Flesh
Color of the flesh is a green-yellow to yellow with tints of red around the pit area and just a little red here and there within the flesh it’s self. Flesh is soft and slightly firm, a little juicy and sweet.

Well this is the end of my first ever review of any fruit.
Any and all complaints of this review can be sent to /dev null (The recycle bin) 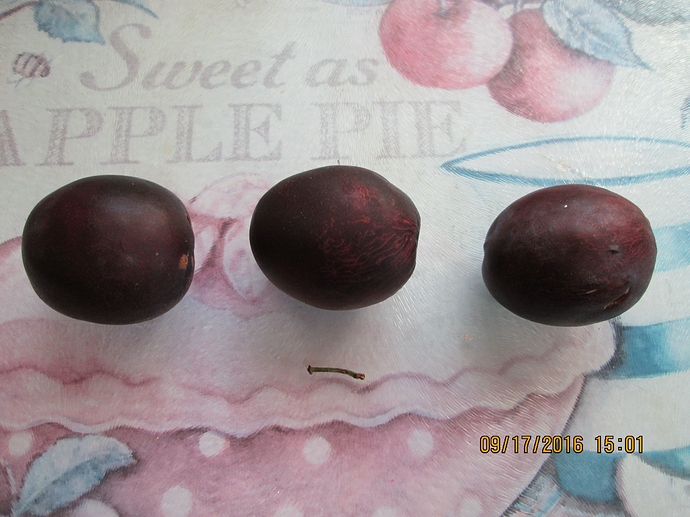 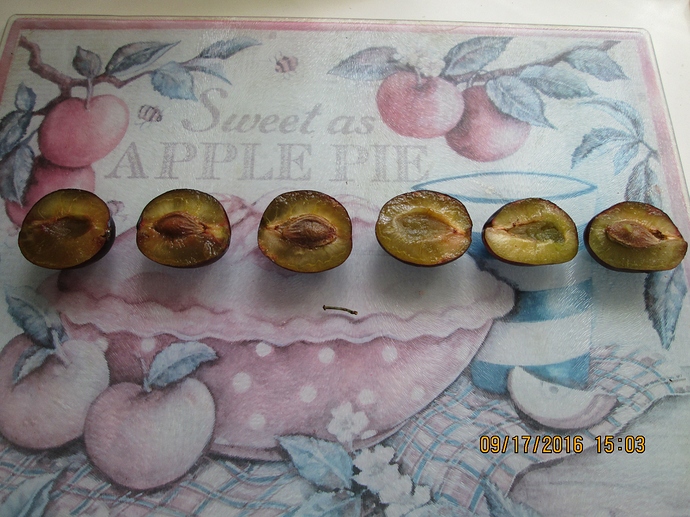 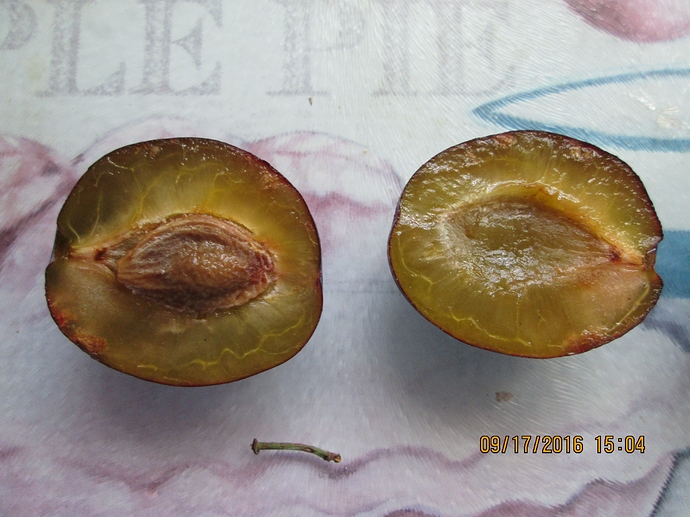 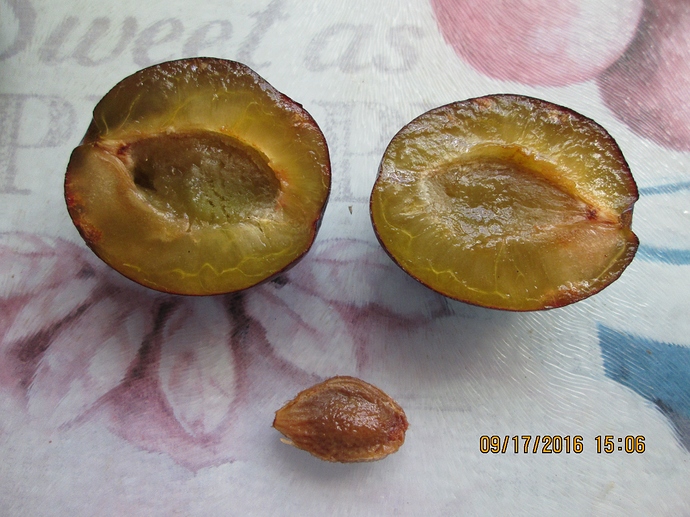 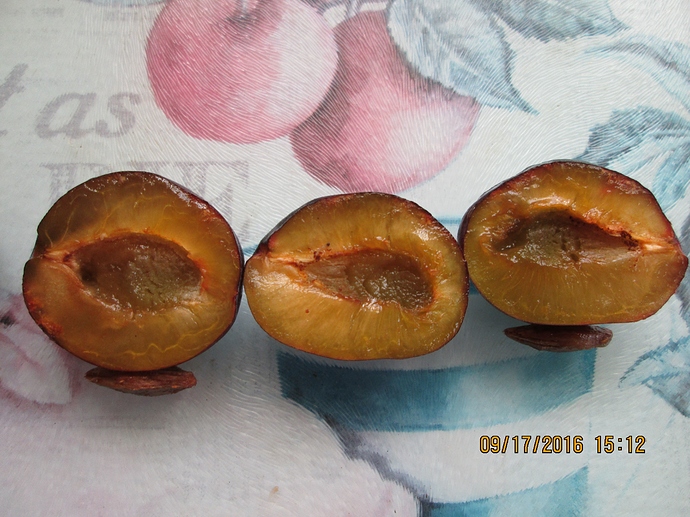 @ljkewlj, thanks for all this info, it’s about the most extensive I can find for this variety. “Big Blue Plum” is not exactly a name designed for search engines… Do you still think that’s probably what you’ve got there?

Want to put in two European plums and might make “Big Blue Plum” one of them. As your crop crop rolls in this year, or not, any further comments on the tree and fruit would be welcome and very helpful.

I haven’t been on here much if at all this summer. I didn’t get any but had somewhere between 75 and a 100 on the tree this year and because of pc damage they all fell very early. I did spray them but my timing must have been off unfortunately. If someone on here buys a Big Blue plum tree from Stark Bros. there’s something here to compare them to. They should be the same since Stark Bros. bought out Millers and the tree will show as being shipped or obtained from New York where Millers was on the Stark Bros. invoice when you get the tree. I did get 3 Black Ice and around 12 Burgundy plums this year but those trees were in a complete different area of my yard and had no pc damage. I’ll post those pics in a different thread when I get some time maybe this weekend.

Things actually went pretty bad here in the last 2 months as it pertains to deer. It’s been pretty depressing since quite a few of my trees outside my fencing they did a rampage on, breaking main branches and central leaders. They did more damage in the last 2 months then all the previous 5 years combined. Some trees are worse now then they were when I planted them up to 2 or 3 years ago. As a side note I do spray them with deer repellant but this year it didn’t seem to keep them away at all.