Clearly I’m going to eventually need to move out into the country, or at least buy some land and move my trees out there. Figs were a complete after thought this year, but due to the generosity of board members @jkuo and @hoosierbanana I received a couple varieties of figs. @jkuo sent me rooted plants, and all I had to do was find a spot and not kill them, which I vaguely obtained.

This one was shaded by a zucchini until just this last week, and has grown in a kind of stunted way. The leaves look either bleached or diseased, and I can’t tell which. This was labeled as a Salce Fig and I know nothing about it: 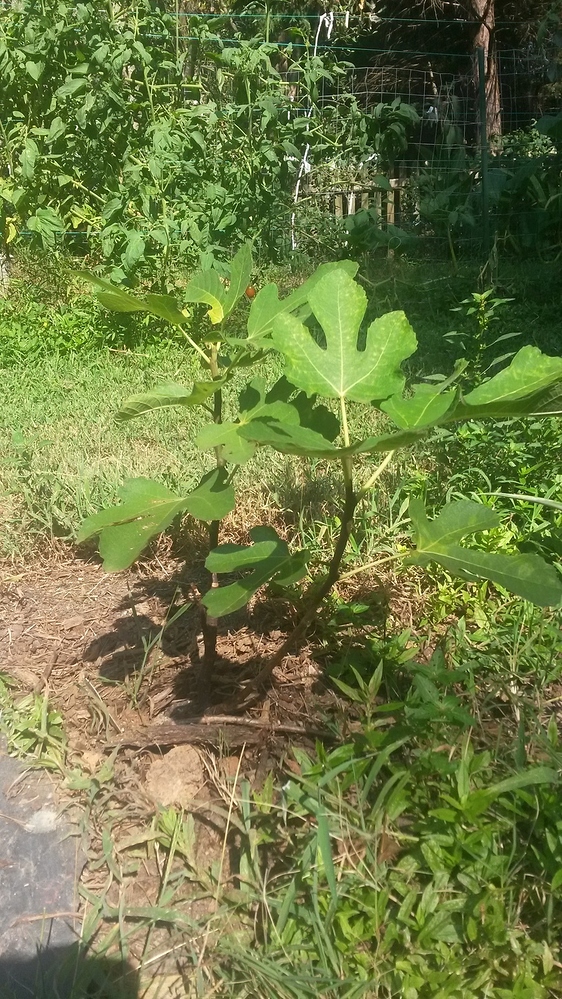 This one is way too far back in my yard. The plan for this winter is to cut back several decent sized trees in the middle of my yard to open up a new space for gardening that I prepared this year. It’s a Hollier Fig which I think is a green honey type? Hopefully if it gets a ton more sun in the spring it’ll perk up next year, after all, it’s three feet from my compost pile… 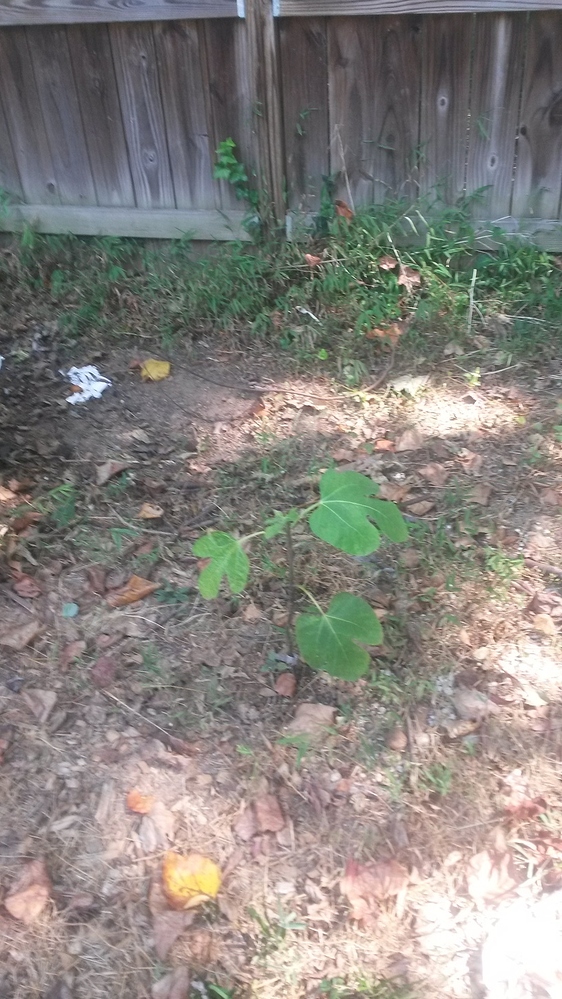 This is the only one that seemed happy with it’s spot. It’s believed to be a Vallecalde. It’s supposed to be a fruity dark fig that’s very sweet, possibly with berry flavors, and sets a lot of brebas. I had a few small figs on it this year, but they never grew large or softened and when I went to check them one day the ants seemed to have eaten most of them. I have very high hopes for it based on its descriptions. I don’t know if this qualifies as a “strawberry” fig or not. I clipped it to promote some branching and winter hardiness at about four and a half feet. 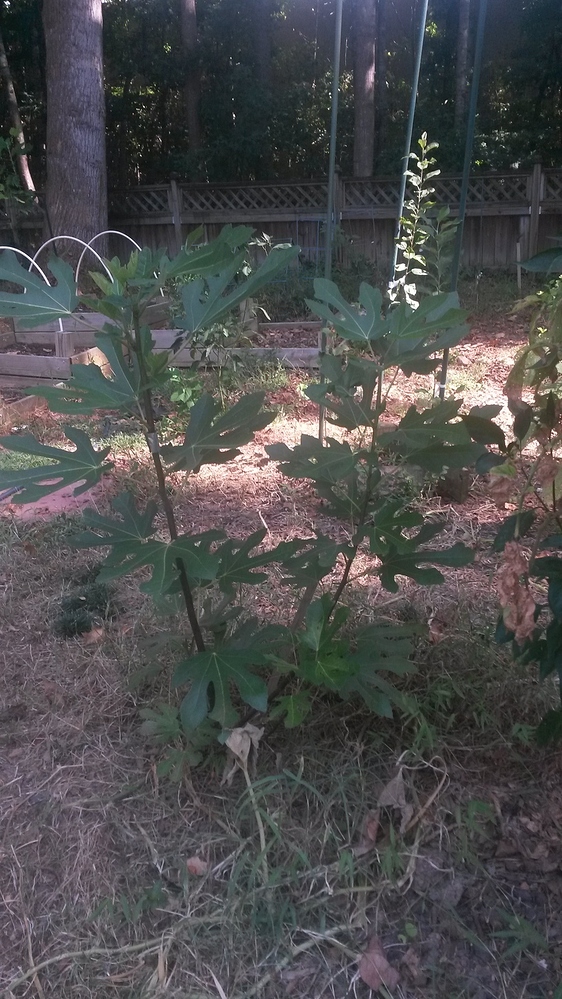 This one is reasonably happy but not as vigorous as the Vallecalde. It’s labeled as an unknown Greek Chios fig. I pinched the growth at about two and a half feet to promote branching and winter hardiness. It’s also on the edge of the space that I’m clearing trees to open up. Ignore the ugly unkempt compost heap which I just noticed /blush It’s next to a ghetto fabulous… hugelkulter? pile that I had squash in this year and hope to top dress and grow salad greens on next year. 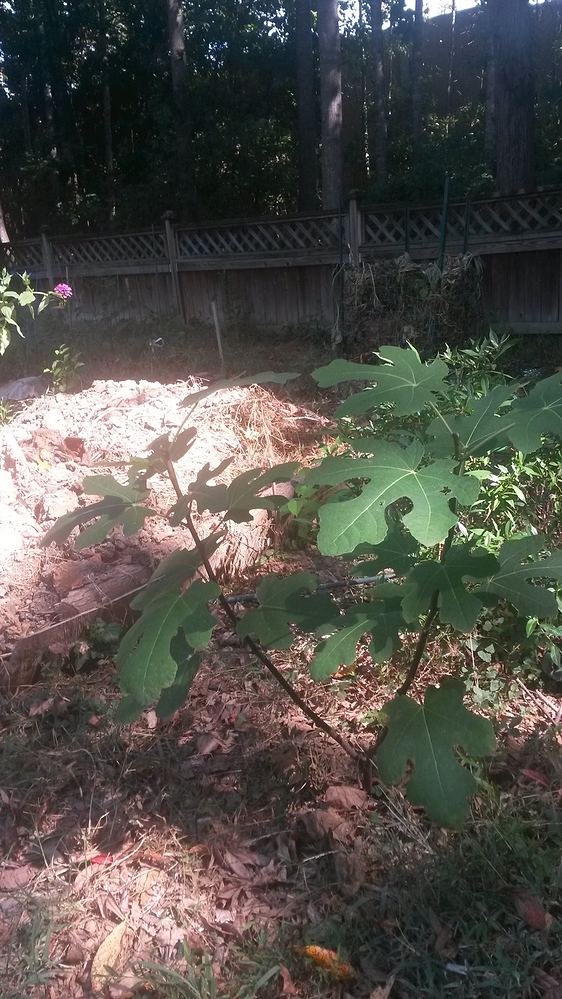 @hoosierbanana sent me some cuttings I had limited success rooting. Fortunately, I’m pretty excited about the varieties I did manage to root, even though they grew kind of poorly this year in small pots. I’ve never been particularly good at getting container gardening going well. Here’s RdB, Col de Dame Grise, and “Tom’s” which is an Etna type: 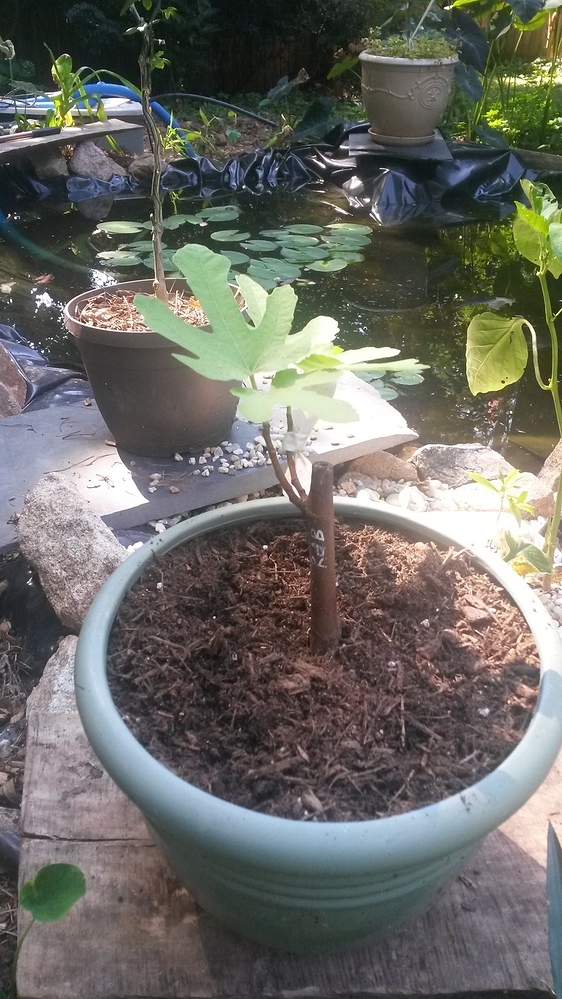 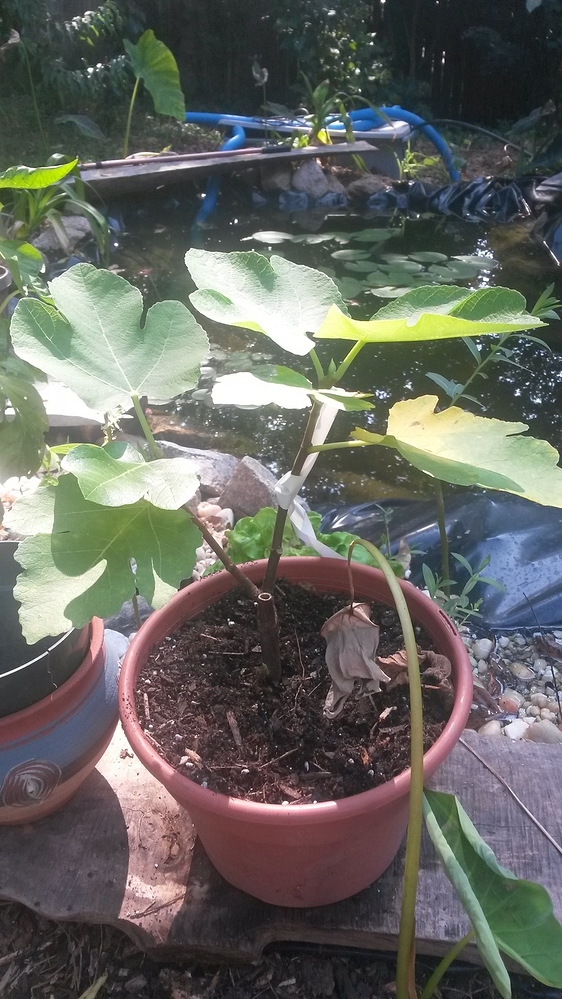 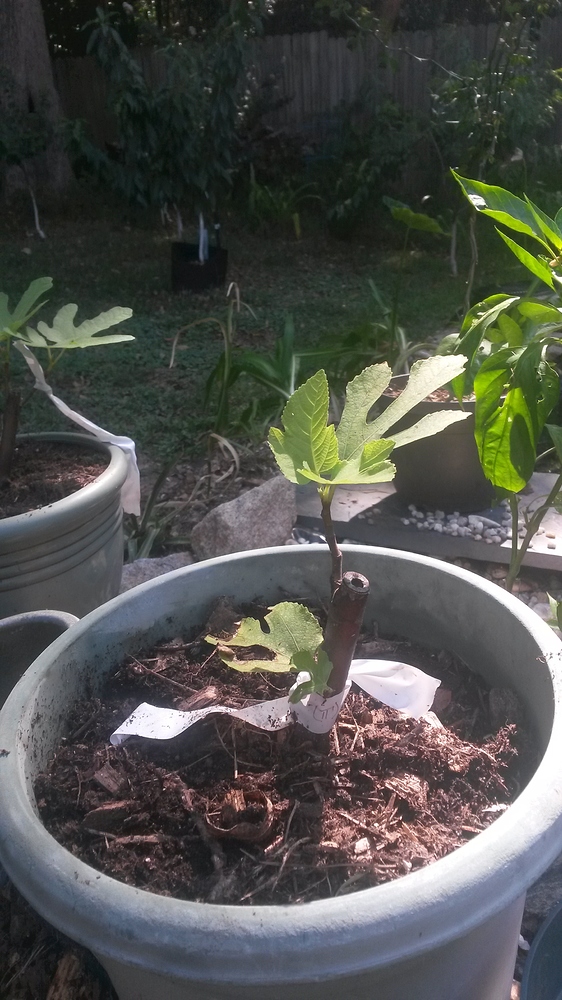 These are going to get babied in their pots over the winter and hopefully I’ll find a great spot
for them in the yard next year. I really only know a very little about figs and fig flavor groups, but it I’m pretty excited about the varieties I have. Fig people, is there a glaring whole in my fig lineup?

Good job! I’d say you have a more or less complete collection there. Valle Calda is a Bordeaux type, very good, but not that close to Verte. Col de Dame Gris is closer to Verte, probably a little later ripening so a Green Ischia or Battaglia would not hurt. The one from Chios is also an Etna type from what I can see, they are usually precocious and always rain resistant.

Green Ischia is the same thing as a Strawberry Verte, right? Battaglia sounds like exactly my cup of tea on paper, I’ll have to try and get one of those.

Yeah you can get a Verte type under a bunch of different names: Battaglia Green aka Sandy’s Strawberry Verte, Adriatic JH, Green Ischia, Green Greek, Vasilika Sika VS, and of course Verte. There may or may not be significant differences in ripening time, productivity, fruit shape, color flavor, etc. but the ones I have seem 95% the same, or more.