The grubs are getting bigger in my vegetable bed. What kind is this? I think I need to apply milky spore or the like this spring. Any ideas? 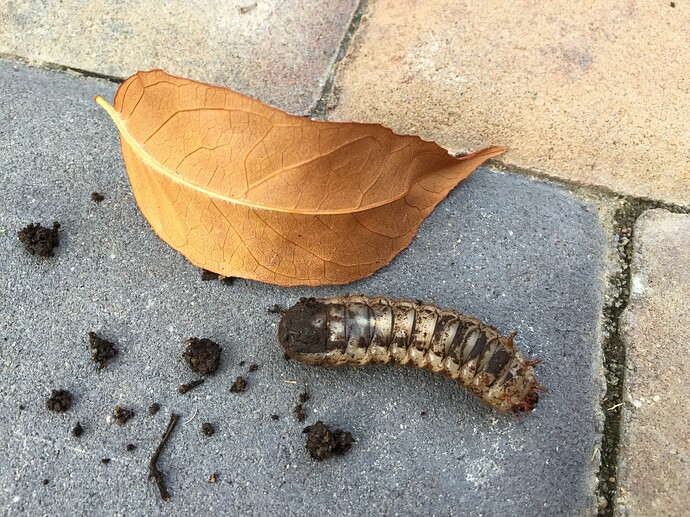 We’ve got some that size as well. My buddy thinks our big ones are grubs of large black beetles that run around here in summer. But could be other things like the Mexican fruit beetle.

I wouldn’t be surprised. Last summer, there were quite a few of these beetles buzzing around.

Put milky spore down right before a warm rain. Drop a spoonful of powder every 4 feet in a grid-like pattern.

Actually- looks like you have Cotinus Mutabilis. The recommended course of action is to flood the soil with water for 2 days to kill them. Or you can remove all manure and compost/ detritus from the area (they feed there). Apparently they’re not very destructive- just disgusting: 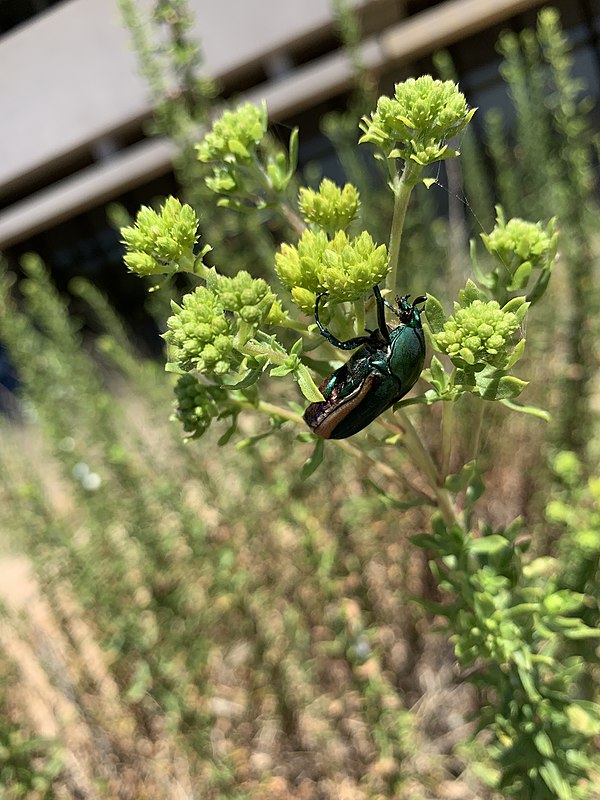 Cotinis mutabilis, also known as the figeater beetle (also green fruit beetle or fig beetle), is a member of the scarab beetle family. It belongs to the subfamily Cetoniinae, comprising a group of beetles commonly called flower chafers since many of them feed on pollen, nectar, or petals. Its habitat is primarily the southwestern United States and Mexico. Figeater beetles are often mistaken for green June beetles (Cotinis nitida) and occasionally Japanese beetles (Popillia japonica), which Fig... 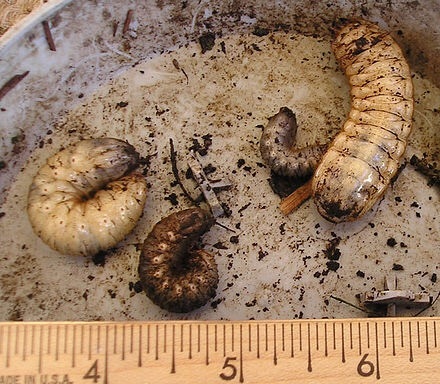 had the adults here this summer, they are big green and shiny, and make a tiny helicopter sound when they fly by, nothing more than a nuisance for me here, didn’t discern any vegetative damage.