I am hoping this small test planting just 4 rows 20ft long± out on the less cared for side of the garden where I plant stuff like this…
Has anyone else grown winter lentils?
They will not need any irrigation till maybe late may or june and I will keep that at a minimum as I did my tepary beans nearby that I need to pick before wednesday.
I will plan to update yall as they progress.
I have hopes that they are a lower care legume crop for central kansas climate that hopefully avoids a lot of weed pressure and irrigation need. 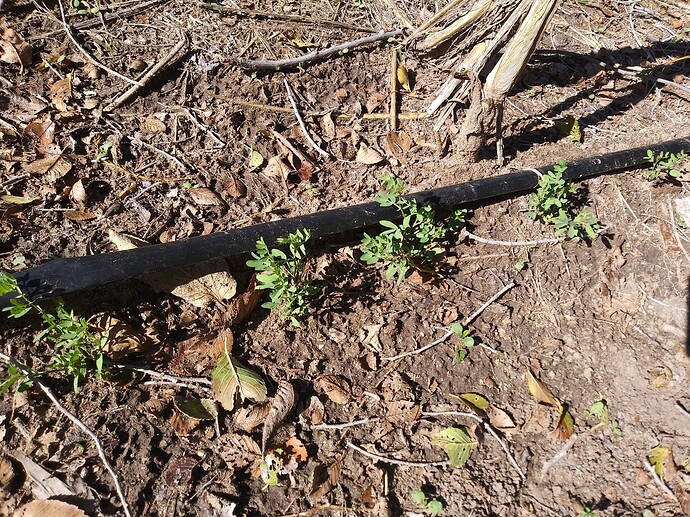 I look forward to hearing how they do for you. I had considered adding them to my cover crop mix, but didn’t wind up ordering any. I grew some regular lentils started in late winter last year (we had a very mild winter) and they seemed super easy and forgiving.

How did your teparies do? I grew them one year while I was in Kansas and the small test plot vastly exceeded expectations. I think they have a lot of potential as a crop for Kansas. Here in New Hampshire, not so much…

Interesting you tested tepary here! Mine did well too. I need to research the shortest season varieties that can give the earliest crop since the type I have takes a while, I planted mine late, around I believe late june and they are mature and loaded and the early set maybe half the crop is dry.

Try blue speckled. I got mine late (it was a last-minute decision) and planted them in early July, I think. I covered half of it with row cover to “speed it up”, but that was a mistake. The stuff in the open grew just fine and set a nice crop with time to spare. The stuff under cover was too happy, and put on lots of lush growth and didn’t really start setting pods until I took the cover off. It would have set loads of pods if it had more time, but the yield per area was substantially less than the stuff growing in the open, mostly because it didn’t ripen in time. It likes a wet start and then to be dry, dry, dry once established. That meshes very nicely with the typical Kansas rainfall patterns. I was in Manhattan when I tried that. I think farther west would be even better for it, and east of the Flint Hills would start to get iffy.

I’ll have to check my seed stocks to see if I still have any. I think I may have purged them in my last cleanout, as I’d finally come to terms with the fact they won’t work here.

Cool stuff Paul! I haven’t tried to grow them but will watch with interest to see how they do for you. I haven’t planted cover crops in the garden but like to look for options that would do well here in my part of KS.