I have found a few trees growing in the wild. When would be the time to try to root some cuttings and what would be the process? 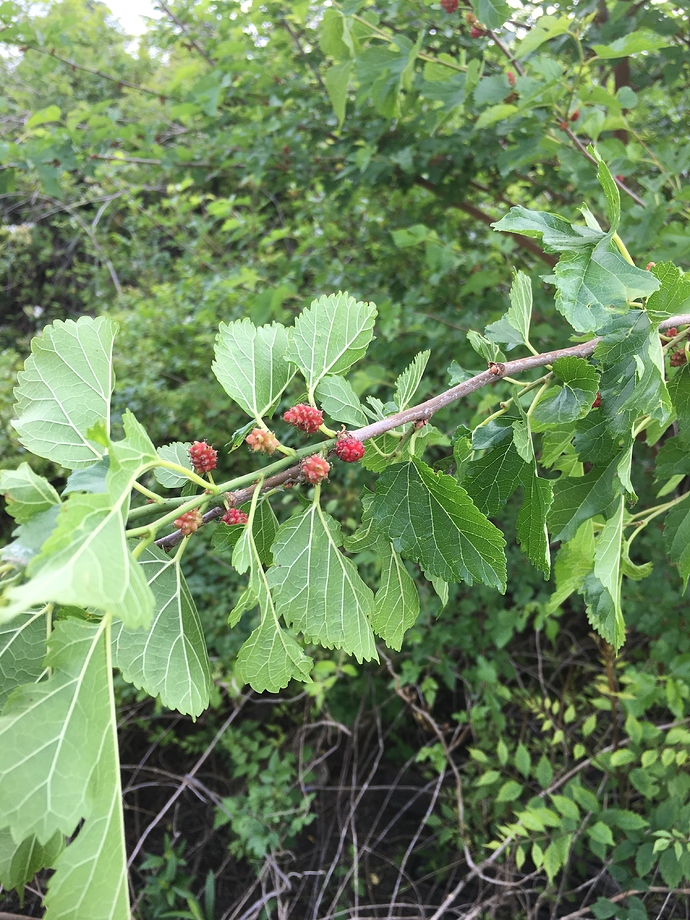 I’m not sure how much luck you would have with green cuttings? I have had some luck rooting dormant cuttings. So cuttings you collected in the winter. Right now what you could do is an air layer. Or try to root green cuttings. I would try the air layer, go on youtube to see ways to do it. You could try both.

Summer cuttings root the easiest…or at least after it is finished fruiting. Take several 8" to 10" cuttings of 1/4" to 1/2 " thick hardened branch (brown, not green). Strip off all leaves and stick halfway down into good potting soil. Water well initially, but don’t over-water later on. New buds should start to open in 2 to 4 weeks, but roots don’t start forming for at least a month.
If these don’t make it, you might have to resort to the “fig pop” method, where you take semi-green wood cuttings and strip off all but the top two leaves and then cut those in half. Stick cuttings in damp vermiculite or coconut coir inside poly bags. The bag needs to be long enough to go over the leaves.
Cuttings should have plenty of filtered light, but no direct sunlight (even for a few minutes).

Not to steal a thread, but are mulberries a nuisance weed to anyone else? I am tempted to try some of the improved varieties due to discussions on this board…but mulberries are my version of kudzu. Lots of big wild trees here that the orioles love, but they sprout everywhere. You can’t rip out seedlings because they root so deeply and the bark slips off when you try to pull them up. You can hack them to the ground continuously but they always come back. Any open ground soon sprouts mulberries. I know it’s a bit of a rant…but also a warning on what may plague your property in the future.

To me, this tree looks like a black mulberry Morus nigra. I’m guessing by looking at the immature fruit, and also the matte look of the underside of the leaves versus glossy. I think someone planted it some time ago as these do not grow in the wild. They are highly domesticated. Cuttings don’t root easily. Your best bet is air-layering as was mentioned before. Now is a good time.

Mulberries can be a nuisance, but they can be grafted into desirable varieties. Turning lemons into lemonade…

These trees are located in an industrial area along side a train track behind a warehouse. Maybe the seeds were spread via birds. No house in the area.Thanks.

but also a warning on what may plague your property in the future.

Well most cultivars are female. Not sure they would cross? Most wilds are Morus rubra and most domestics are alba. They can cross, but not sure if it is a rare thing or not? If the case you could grow Nigra and no good well documented crosses I know of. So it would not spread.
Those wilds could be used as rootstock to try others. What I would do.

To me, this tree looks like a black mulberry Morus nigra.

Morus rubra looks a lot like nigra. I can’t tell them apart. In zone 7 a wild nigra would be an awesome discovery. They are all from Asia, so it would not be a native. For that matter alba is also from Asia and not native. Chances are it is a rubra.