Thanks to a lot of donors who contributed persimmon scionwood. Even though I grafted late, they have taken and are now vigorously growing! 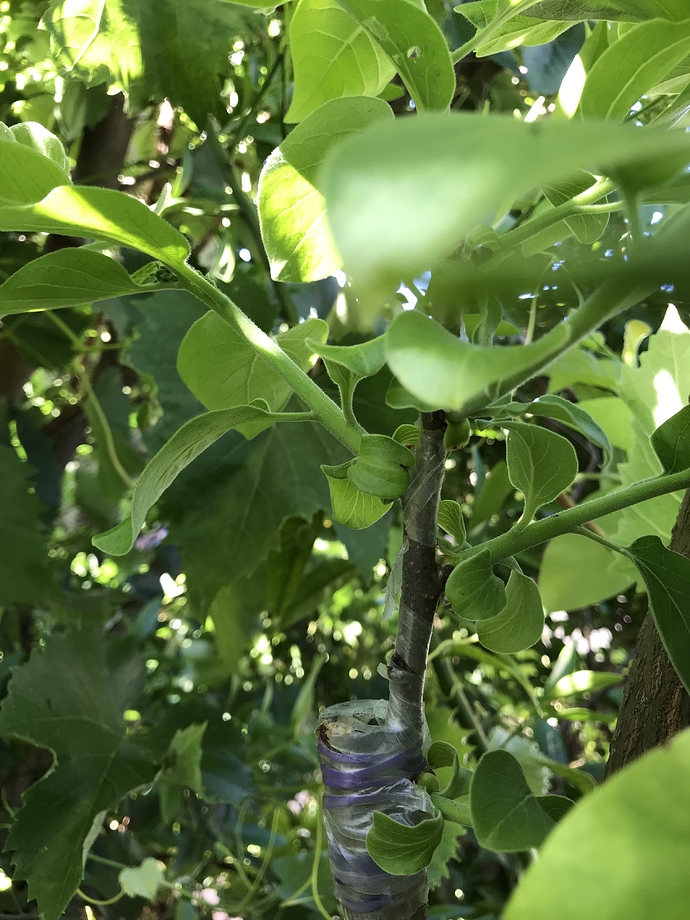 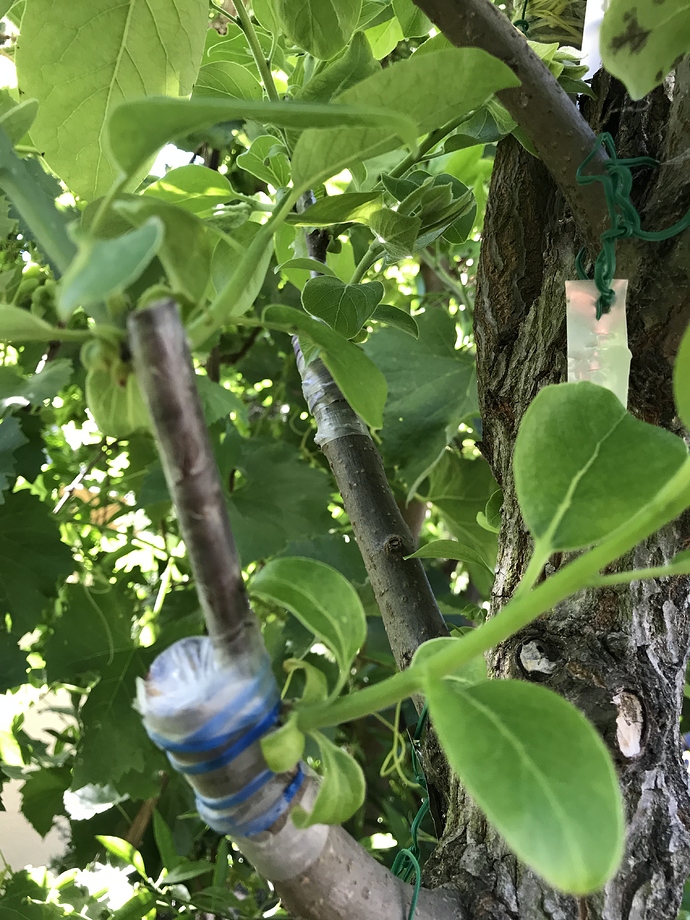 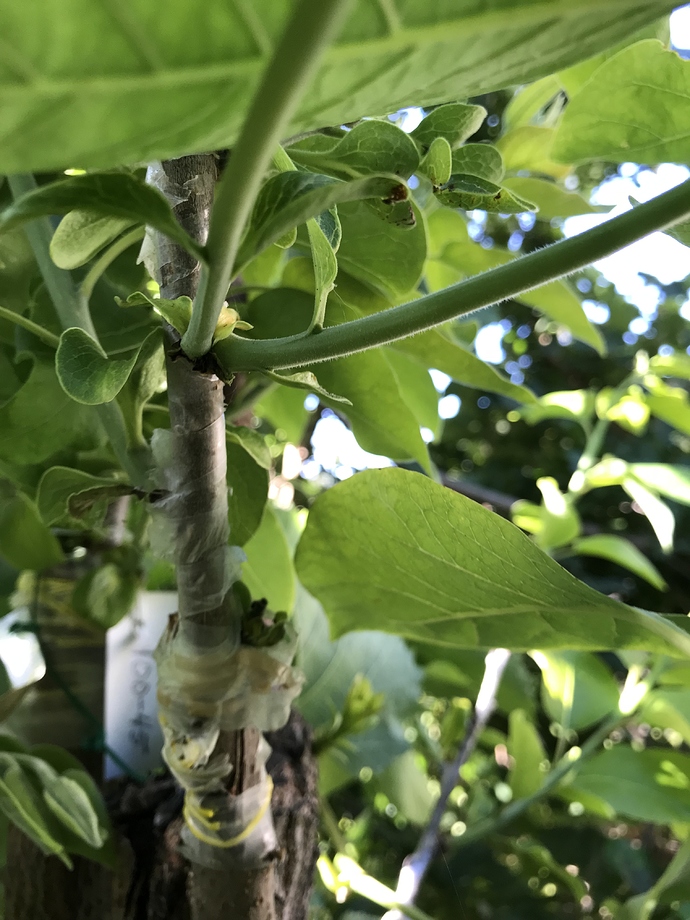 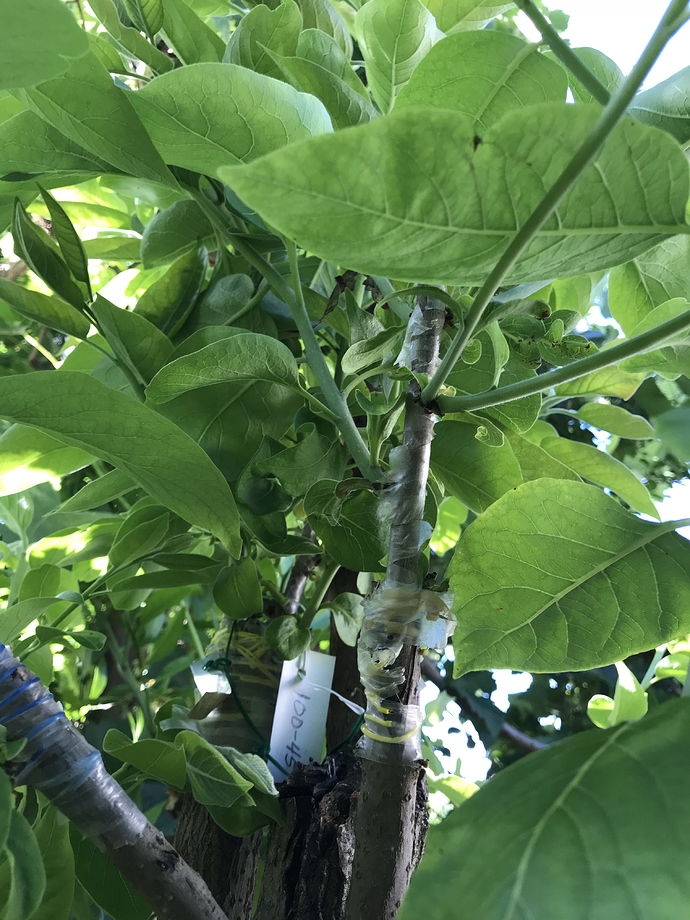 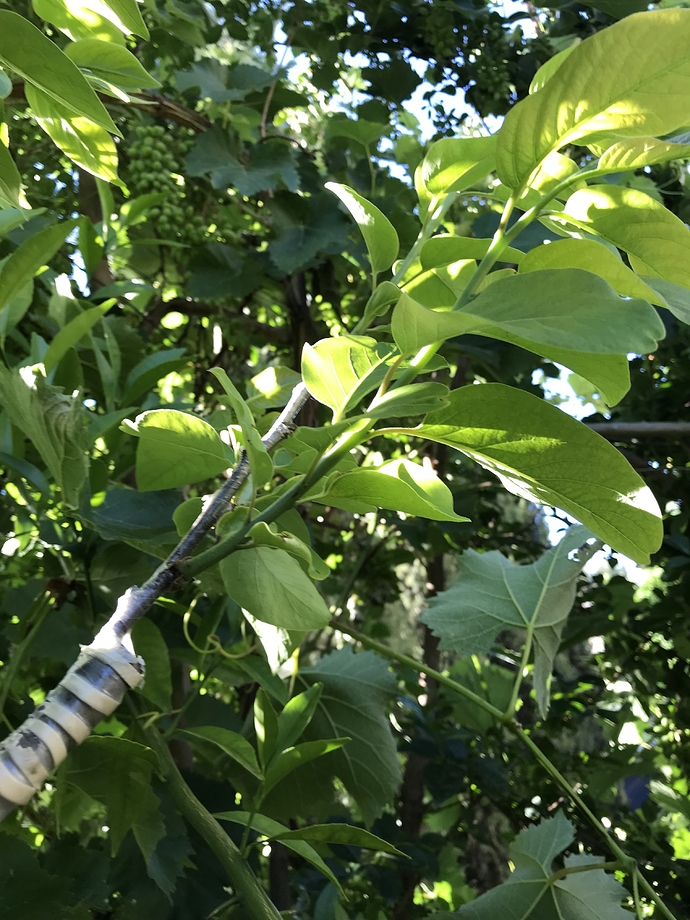 What varieties do you have?

Haven’t documented which ones yet. Many people donated scionwood and I randomly picked which ones to graft. Have limited branches so not all were grafted. Will come back later to see which ones took and which one didn’t before I document in my database. Seems like all of them took but no documentation yet.

Joe, how do you ensure success of (taking) new graft when there are other branches of the established persimmon plant competing for growth and energy during the growing season ?
I am in zone 9A (Houston, Texas), bark grafted Red Giombo and Saijo to 3 year old Tanenashi as bark graft. Grafted about 3-4 weeks ago (2nd week March) and not much growth so far, some buds notes to be swelling. Thanks much for your insight!