Continuing the discussion from Who is growing bananas for fruit?:

The current stalk on my Namwa, a cultivar of Pisang Awak: 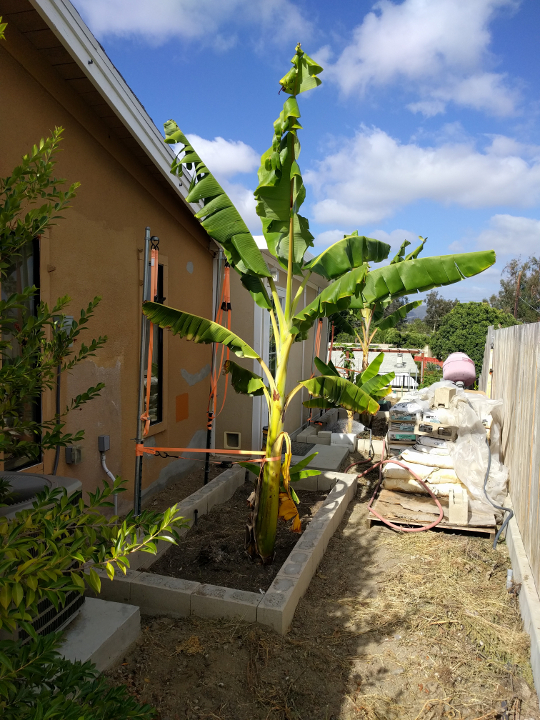 All trimmed up for the holidays 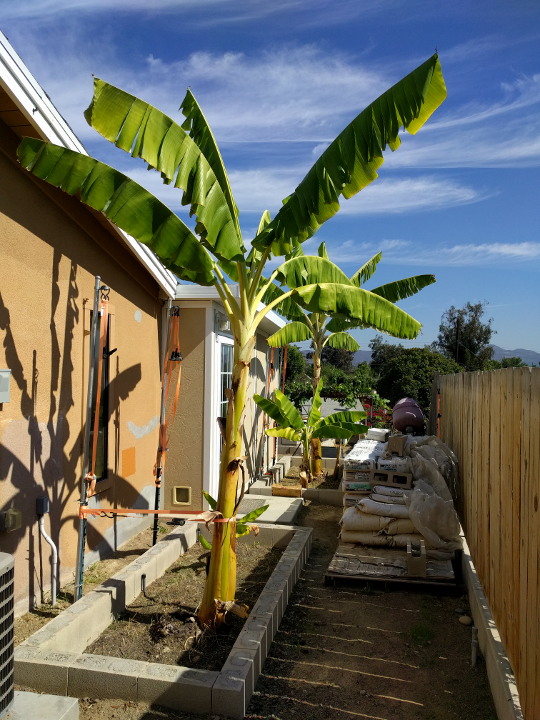 This silly plant has put out a “flag leaf”. An inflorescence will follow in a few days 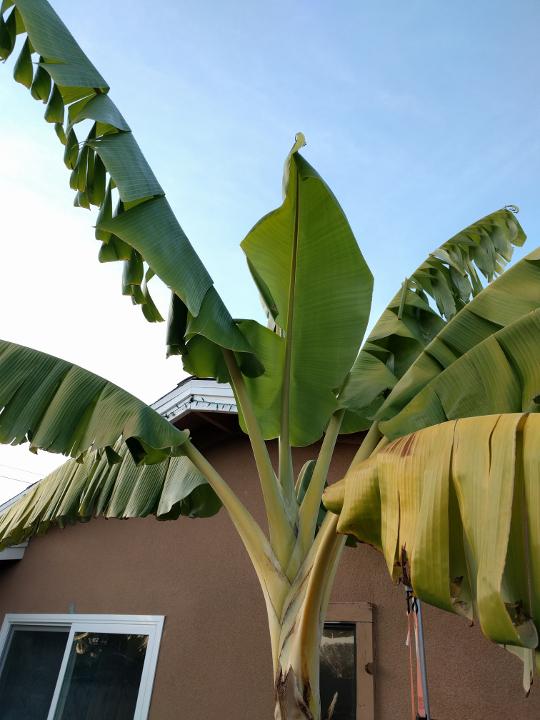 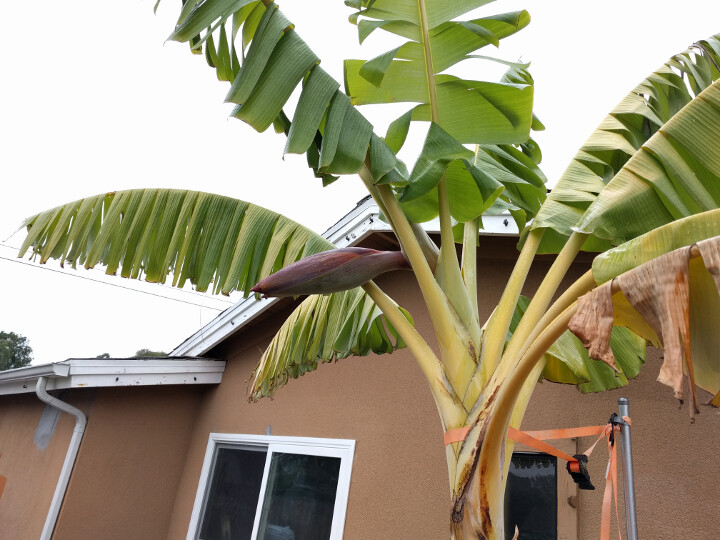 I’ve never seen anything like that. You people and your warm freaky climates.

Do bananas have to have cross pollination or no?

Do bananas have to have cross pollination or no?

Bananas grow from a bulb. All of the edible types are self-fertile and seedless.

Seedless? Where do they come from then I wonder?

Those are SOOO cool!! I can’t wait to watch that bloom (is it called a bloom) start to produce a big bunch of bananas. I rented a house in Puerto Rico for a vacation about 15 years ago and it had a big banana tree with 2 big, long bunches that were ripening while we were there. To this day, my greatest fruit thrill of all time was walking outside to that tree and picking nearly ripe bananas! Like @applebacon, I’m very jealous of those of you with a climate warm enough for that!

is it called a bloom

Yes, informally … but more accurately an inflorescence since it contains numerous flowers. 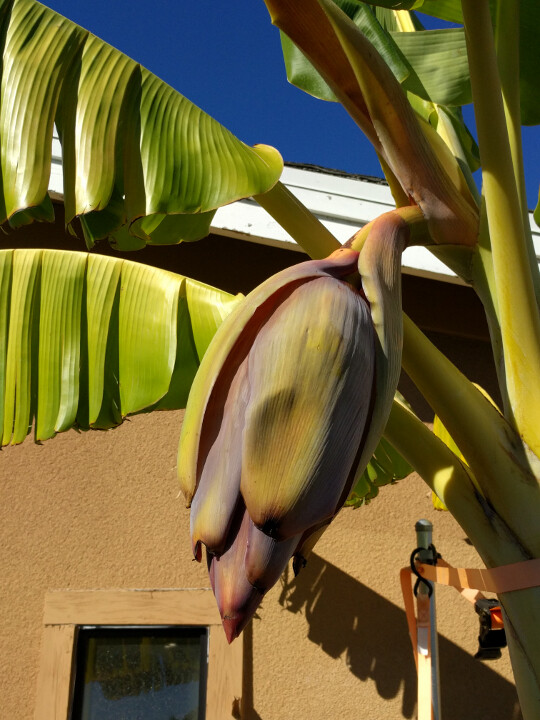 As I believe you know, banana plants are monocots that grow from corms – a kind of bulb. 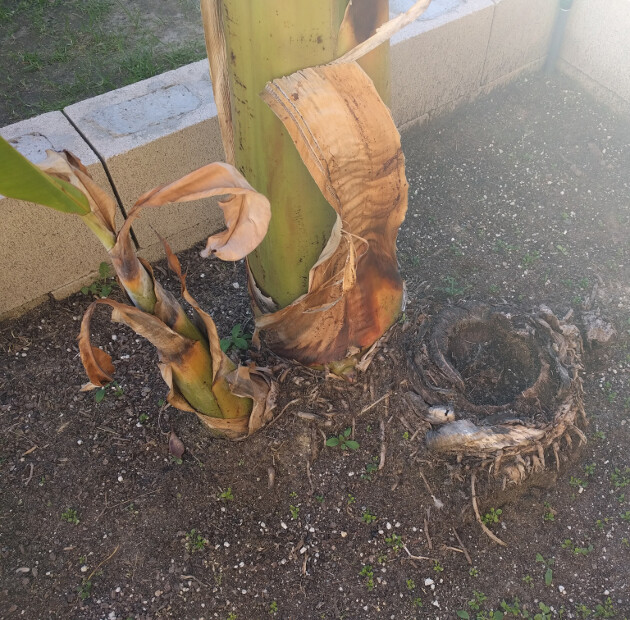 This morning I noticed the first fingers showing on the Namwa banana plant. 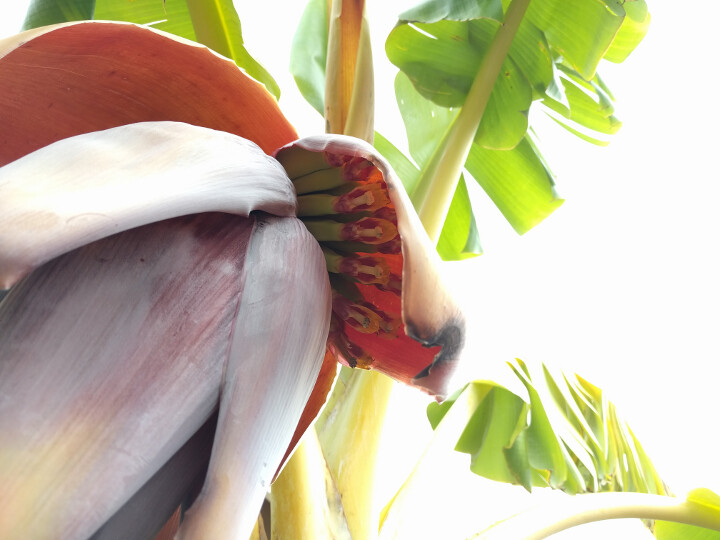 Today there are six “hands” of “fingers” showing … you can see 3 of them in this photo. 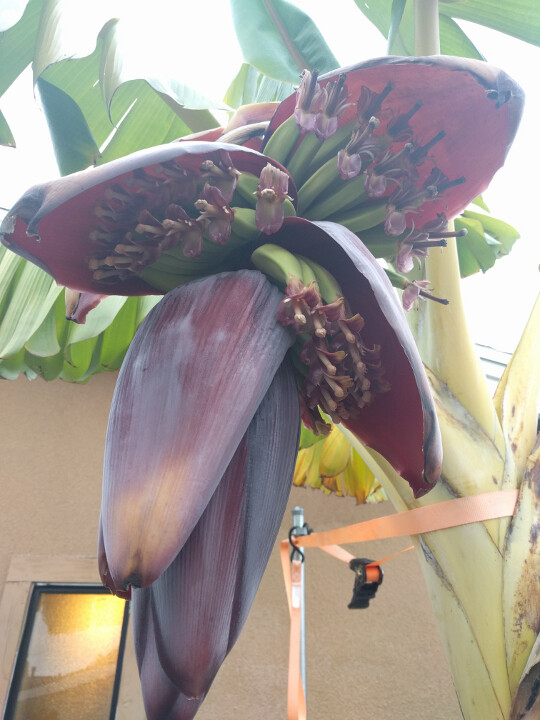 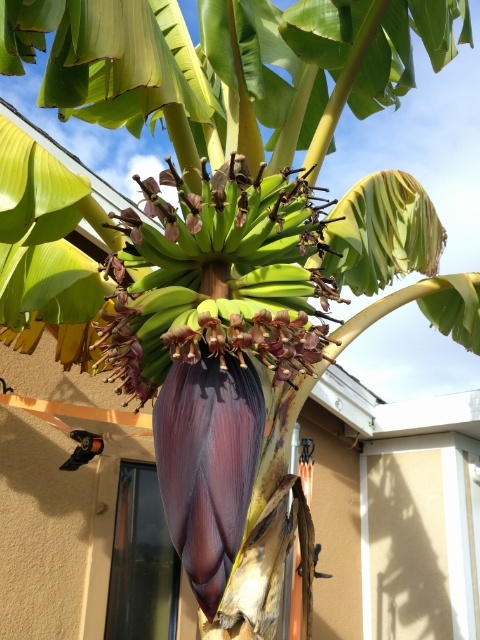 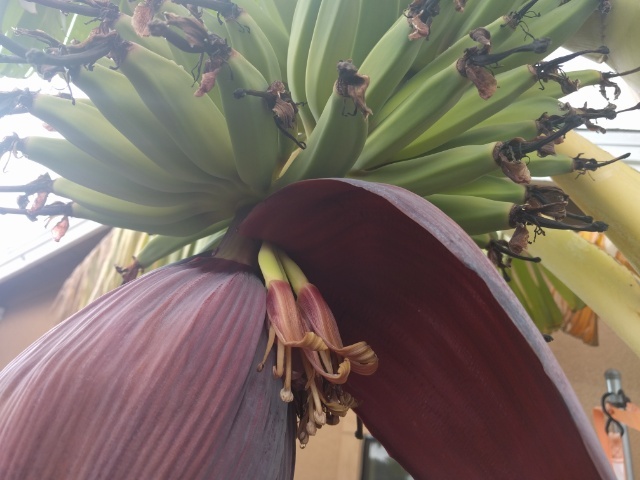 After producing the female fruits the stem will continue to grow for a few feet (or yards !), producing hundreds of male flowers. That energy can be redirected into fruit by clipping off the stem 4-6 inches past the last fruit. 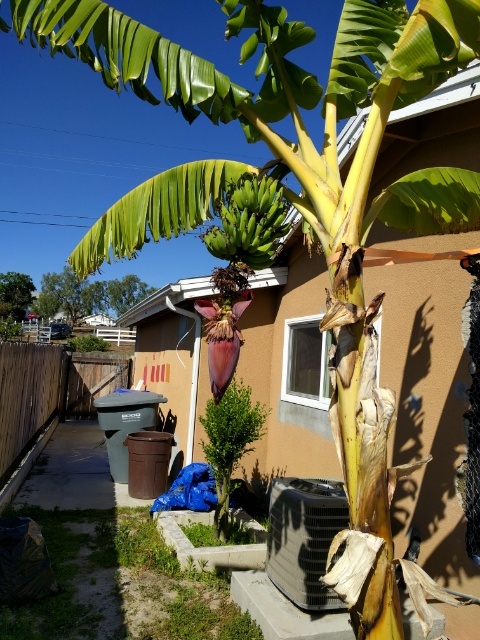 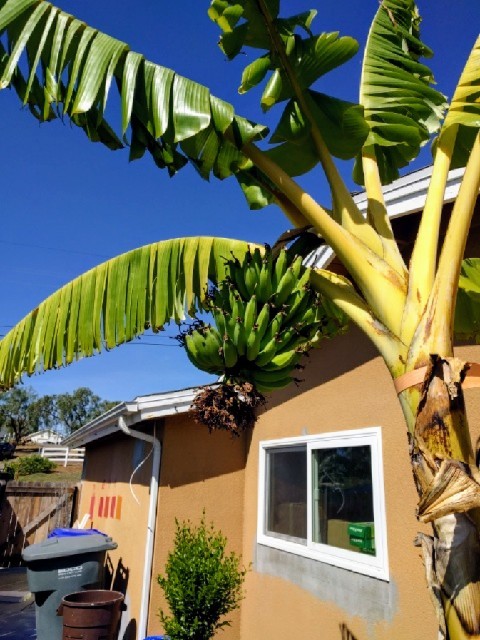