My pawpaw trees are coming up

They seem to rip off the first set of leaves on some but they still grow more leaves. 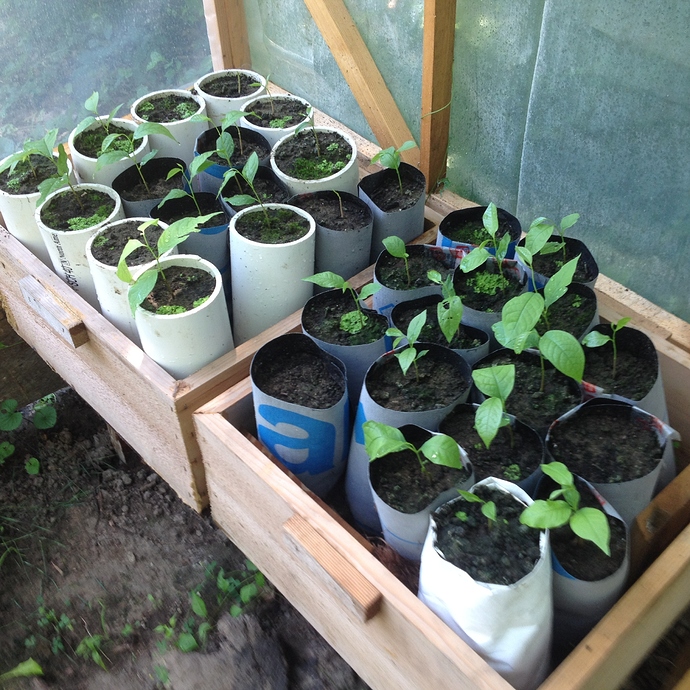 This how some come up and still grow leaves. 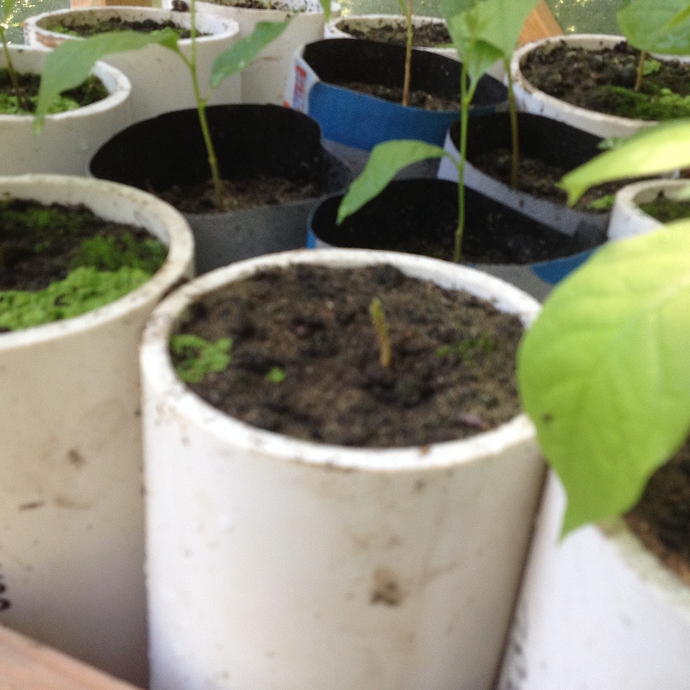 Here is one that grew it’s first set of leaves that looked like just the stem a couple weeks ago. 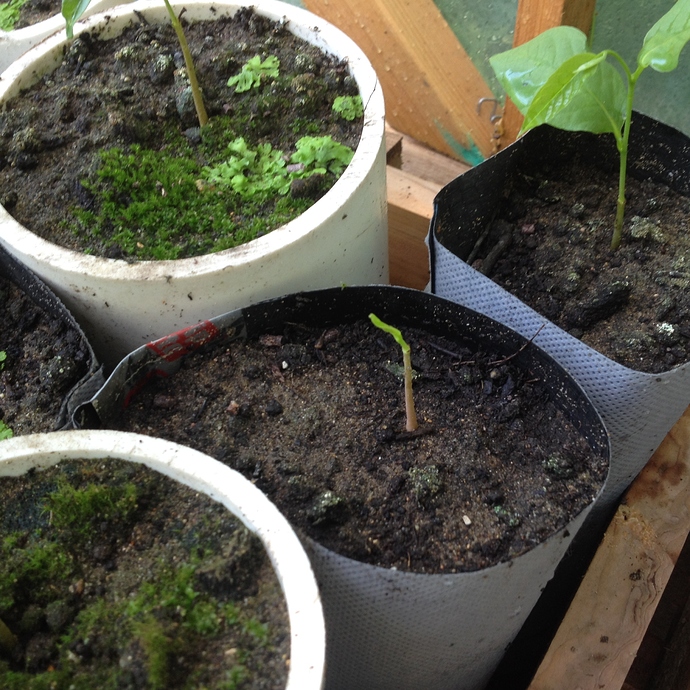 Here’s an update on my Pawpaw project. 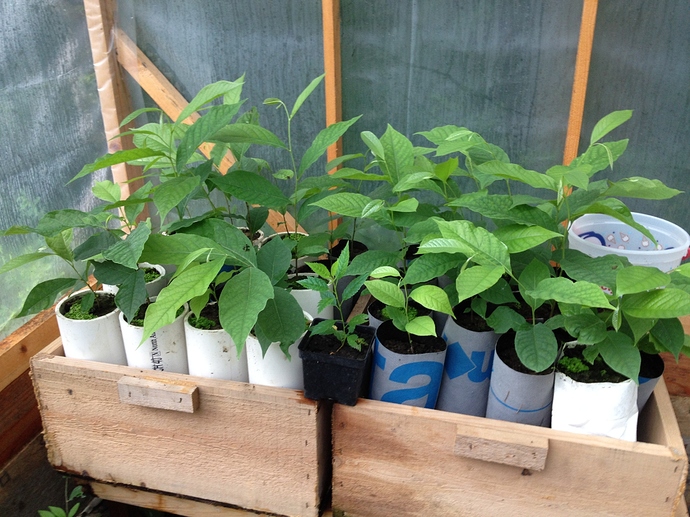 If you ever grow Pawpaws from seed and they come up with the leaves ripped off just leave them be. They will grow more leaves! You can see from my earlier pictures. I almost discarded the first one that came up because it was just a stem. I’m glad I left it sit. It’s the plant in the box on the left first row all the way to the right.

For a data point, all of the seedlings I put in the ground last year (so they are now 2 years old) no longer have issues with sunburn, so they may only need protection in the first year of life.

My trees are in the second year in the ground and they are not sunburned anymore. They also grew well through drought and heat with no irrigation. So I agree that they need protection only in the first year after replanting.

What method did you guys use to shade your trees? I was thinking of putting a round fence around them with white plastic on the top south side. How tall did your trees get in the second year?

My trees were small last year, maybe 1 feet tall. One of the trees had weak graft junction and I was afraid that it will fail. Last year it did not matter if the soil was wet, the leaves began to get dry in July. I just put large cardboard box with the open bottom and top and fixed it around the plant. I also put a piece of burlap on top of the box, it was quite shady inside. After a month I picked inside and surprisingly saw new nice green leaves on the both plants. So they stayed like this for the most of the summer.

This year I gave the plants strong nitrogen fertilizer and they grew large dark green leaves and they stayed green all the summer. It was quite hot and dry this year and they were OK without watering. They are about 4 feet now in their second year.

That sounds encouraging. You got some good growth for the second year. When you say second year in ground does this mean you also grew them for a year in a container?

I bought small grafted bareroot trees from the nursery and then I directly planted them on their permanent places. Most probably they were grown for a couple of years at the nursery as seedlings and the newly grafted plants before that.