Something ate part of this apple tree

This a seedling I started last year. Last night something ate part of it but there is no tracks in the snow around it and the snow has been on the ground all week. A small peach also had similar damage. I had similar problems last summer. What kind of animal is doing this? 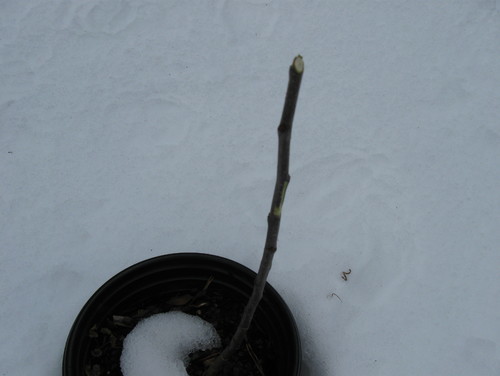 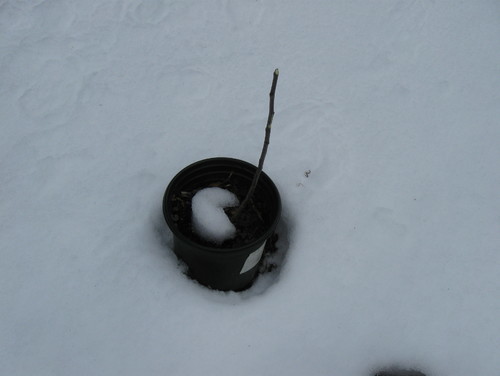 Answered over on GW as well but looks like rabbit damage to me.

I agreed rabbit eating it.

Yours looked just like the damage on my Harrow Sweet pear (some damage on Castleton, too but HS got the worst). I went out to collect scionwood yesterday. All side branches were eaten to about 8" stubs. The only one surviving is the lead branch going straight up.

I think it’s rabbit, too. No foot marks because the snow is frozen. Deer would leave tracks but rabbits are too light to leave any mark on hard snow.

I am thawing a bottle of Liquid Fence right now. I will go out and spray those trees that are low to a snow line. At least, it should deter the son of the gun to eat other things that are not fruit trees. Don’t sure how my plan would work since it’ll snow for 3-6" this evening.

I plan on grafting about 40 trees this spring I may have to build a platform off the ground
to keep the rabbits away.