After searching I see there really hasn’t been more than vague mention of the ‘Nanguo’ pear here on the forum. I think it may be worth learning a bit more about this pear.

I do not grow this pear, but was fortunate enough to taste it along with many others a few years ago at a Home Orchard Society fall fruit event. While I tasted many pears that day, I only took pictures of a few which really stood out to me. Of the Asian pears, ‘Nanguo’ stood out both for flavor and appearance. While I’ve never had an Asian pear that I really didn’t like, I found myself drawn to the very few varieties which had more complex flavors compared to the average Asian pear. ‘Nanguo’ fit into this category, but part of what made it memorable was the fact that it had near red skin which is a trait I have not heard of in Asian pears.

I don’t really have any further knowledge to share about it at this point, but wanted to highlight it in hopes that more people will give it a try. 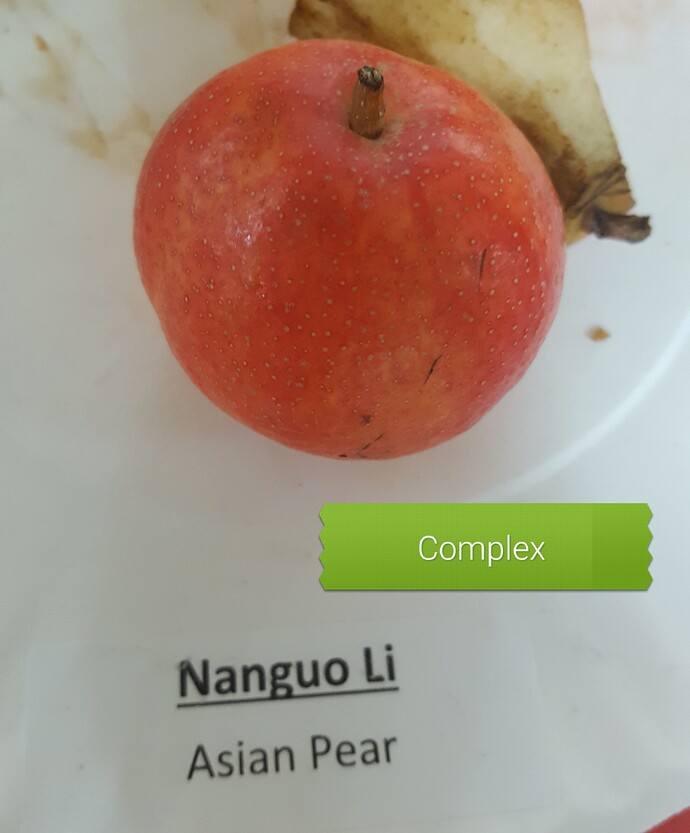 I tried to get the scion from the pear depository this year but was declined. I recommended @clarkinks to get it.

Pictures online indicate that the red blush of ‘Nanguo’ is on average less extreme than the specimen I photographed. I suspect the quantity of red is influenced by amount of sun exposure to the fruit during ripening. Regardless, it’s beautiful and tasty.

It was to late to get it this year they limited orders to 10 scions and you cannot change an order once made it’s on my radar for next year.