My nectaplum on Lovell I planted in February leafed out well then grew very slowly, now it’s loosing it’s leaves with no new growth??? I’m wanting to know if there’s anything I can do to try to save it?Uploading…

Based on your description, I’d say the roots aren’t happy. Some photos of the plant and the ground where the trunk emerges would help.

I’m trying to get the picture to load . Having problems. 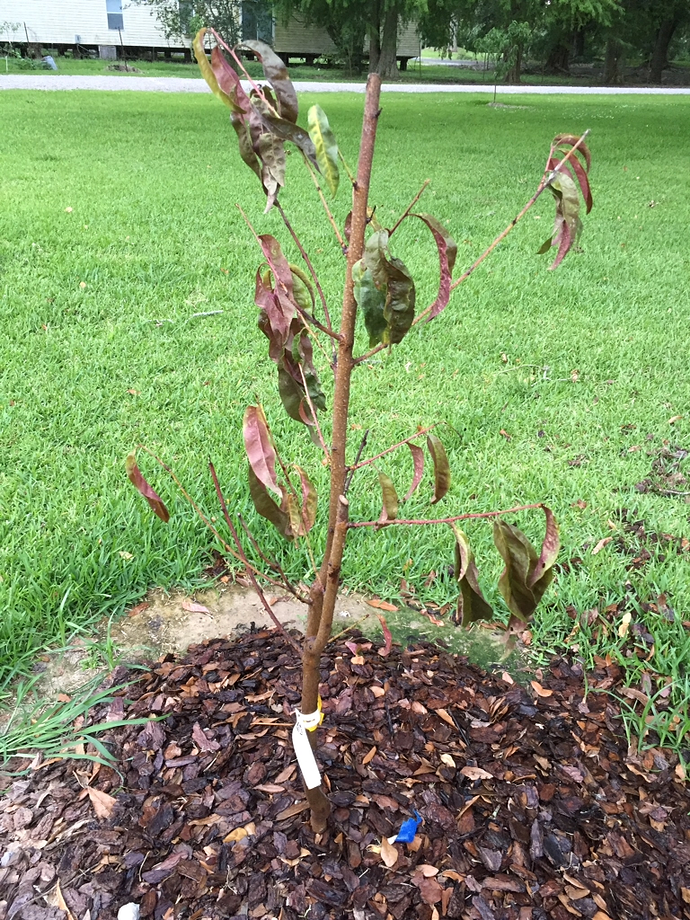 I’m thinking about digging it up and putting it in a 15 gal. Pot to see if I can nurse it back to health.

Good idea. In the meantime you can see what’s going on in the soil.

I’m not an expert on anything, but some of those leaves look like my Redhaven that has peach leaf curl.

Possibly. However peach leaf curl is easily controlled with copper and usually not a death throw for Prunus hybrids.

I’m not an expert on anything, but some of those leaves look like my Redhaven that has peach leaf curl.

The leaves are red on this tree slowly turning green. Mine this year is so red, it is a fantastic looking tree. The cold spring really reddened the leaves! Mine is loaded with fruit too.The fruit is OK, not great IMHO. I plan to graft over most of it.
To me yeah the roots failed or is has a borer. I doubt you can save it, but try anyway! Check for borers.

Just send this picture and report its problem to Raintree, you will get the new tree. Raintree just have some more what had sold out for the year after inventory , and plant it in a different spot let see what happening.

Just dug it up and found that the roots have not grown and inch since it was planted 3 1/2 months ago.
@Drew51 I looked very closely for borers but didn’t find any.
@Vincent_8B the tree came from Bay Laurel nursery and I’ll probably give them a call to request another tree.
I repotted the tree and we’ll see what happens, but I don’t have much faith in it surviving.

the tree came from Bay Laurel nursery and I’ll probably give them a call to request another tree.

Yes, do so, you did nothing wrong, it happens. Bay Laurel should replace it. Even in the end if you don’t like the fruit, you can top work it.
Tim cool you’re into auto restoration. One of my friends does the same thing. he just won best of show too at an event! He didn’t even tell us he is so modest. He is a senior design engineer at GM. 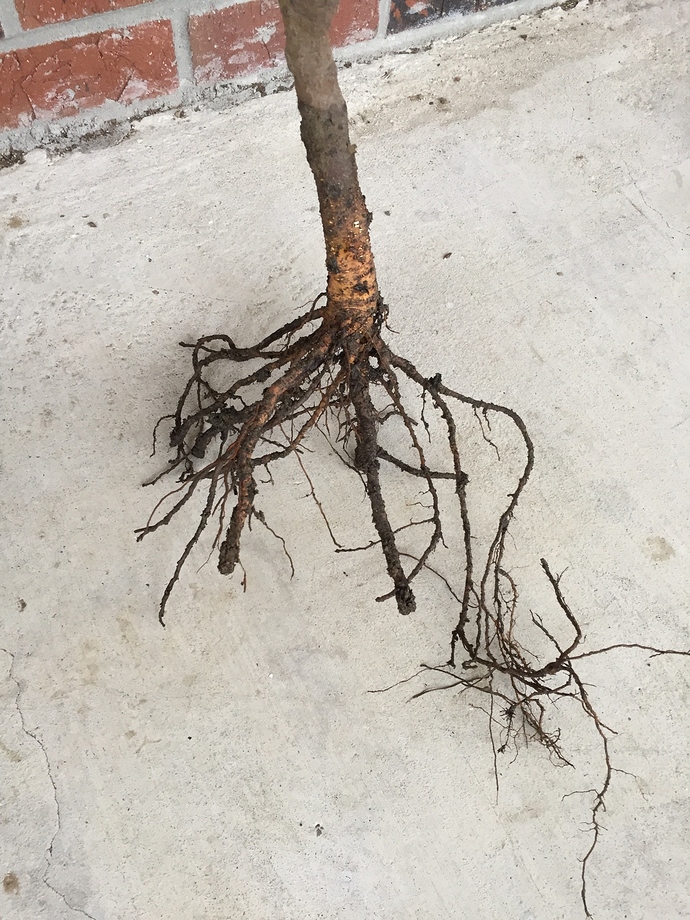 How much rain have you been getting? How does your soil drain? I can’t make out in the picture but was it planted on a mound?

The rain hasn’t been heavy lately, my soil drains well, and I planted all of my trees on mounds.

Thanks drew , I enjoy breathing new life into old cars that are headed for the scrapyard.
Here’s a 72 bronco that I’m doing for a customer, this is what they brought me . 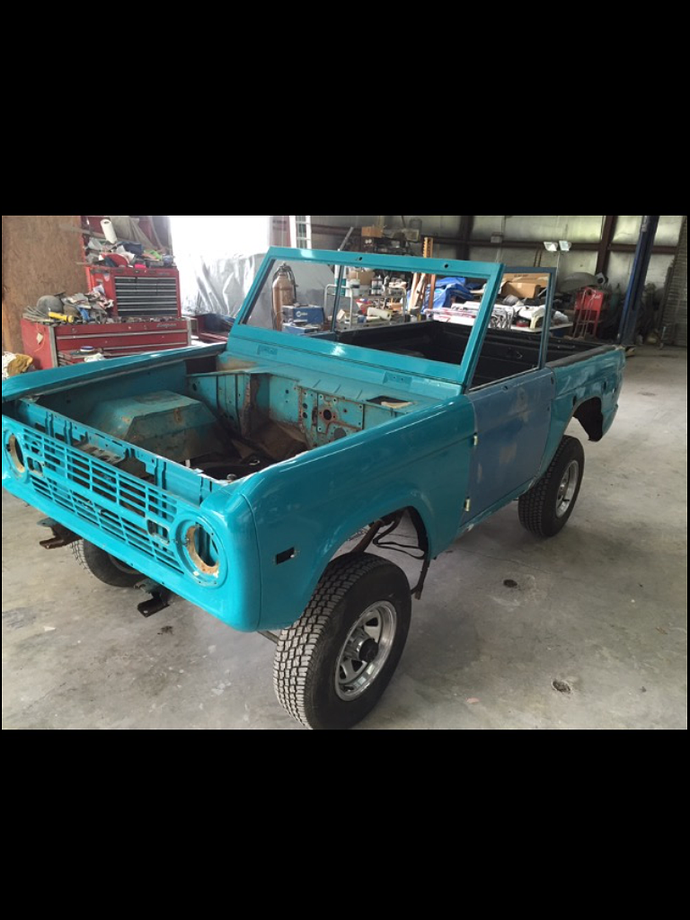 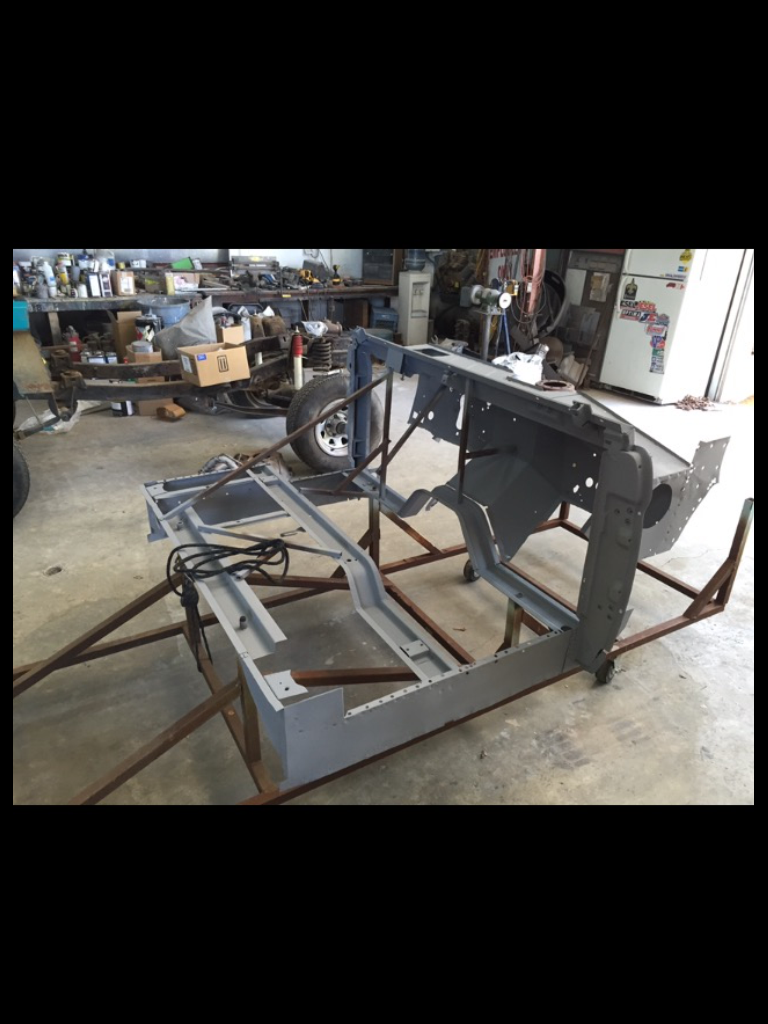 Thanks drew , I enjoy breathing new life into old cars that are headed for the scrapyard.

You and my friend would be good friends. He does the same thing. I’ll try and get a photo later this week. His current project was just finished. He is super good at it too. He usually sells the vehicle after driving it for a year or so.Picks up another scrape car and starts over. Again his current project won best of show at a car show. And we are talking a car show in Detroit, the competition doesn’t get any fiercer, people know their stuff here. He is an engineer, so often adds gadgets to the car, like hidden CD holders, or special automated compartments, lights, you name it, he can do it. He is more into customizing cars he restores. Not making them authentic, making them bad-ass. Like putting a truck axle on a GTO muscle car. Now that was an amazing car!

Back to subject that nectaplum looks dead to me. I would try still, but it doesn’t look good.