Need help to identify a Fruit

So I have found two Trees that are very similar to each other, both bearing the same looking fruit, both furry green apple like fruit. I was told one was a Quince, its easy to spot, deformed shape and black seeds in a spiral around the core. There is another tree I found that has the same Quince, except 10X is large, with no seeds. Are these both Quinces? 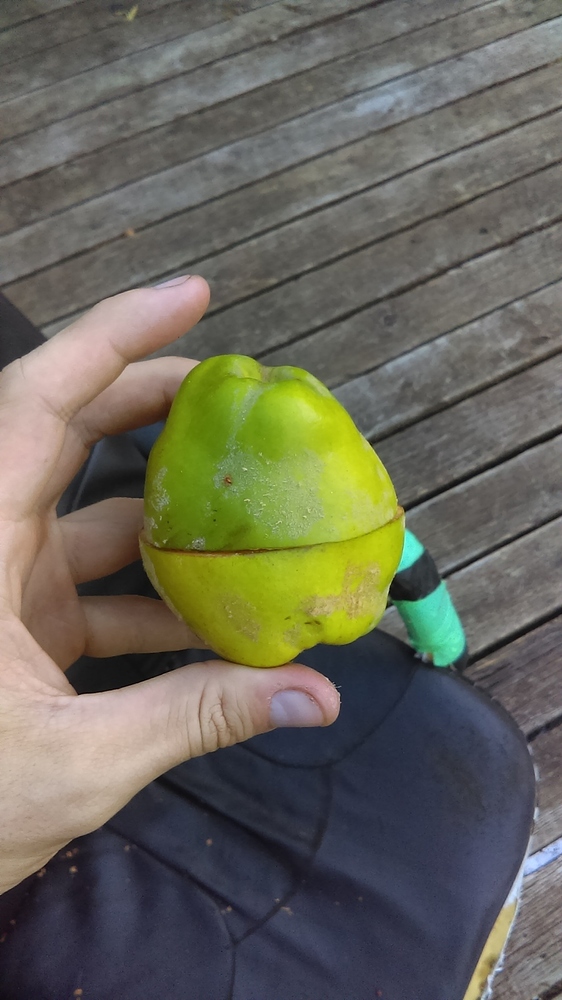 That solves that question but what about the other one? its 10X as bigger but has no black seeds what so ever. 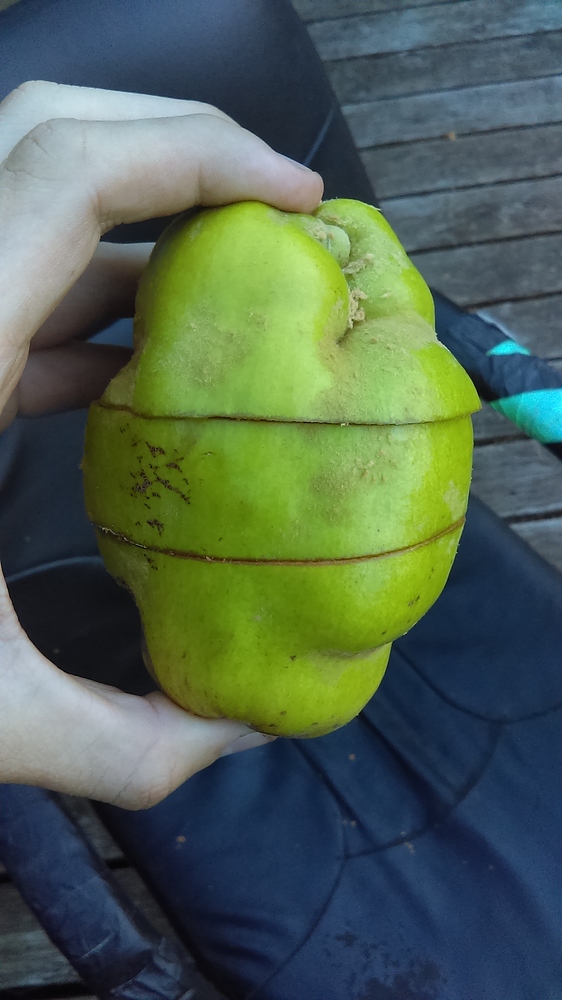 This photo above I posted is the Second one, now inside it has no seeds at all. This seems like the same thing though

i agree, they are quinces

Thank you for the help.

I’ve cut up 40 pounds of ripe, yellow quince so far this year, variety ‘Pineapple’ and only a minority of them had seeds. Some of the fruit on the tree remains stubbornly green-skinned, although they taste the same. The size of fruit on the tree easily has a 10 to 1 range. Each quince cultivar may have a distinct average appearance, but like many fruits there is a lot of variability on a single plant.