Marssonina leaf blotch has been found on leaf samples I brought to Cornell from a tree suffering from early defoliation. I believe I’m seeing an epidemic of it here and even trees that received enough fungicide apps to be pristine are suffering if they are susceptible varieties in the area where it is rampant. It is all over Westchester and Putnam Counties in NY and well into CT. Affected apples started to drop leaves about 3 weeks ago and many are nearly defoliated now. The water sprouts are last to lose leaves so trees I summer pruned may suffer the consequences more than other trees.

About half the varieties I manage seem susceptible, including Golden Delicious, Baldwin, Tompkin’s King, Mutsu, Goldrush and Stayman.

It is too early to say how bad a problem this will be here in the long run given how wet our season has been. It is supposed to be mostly a problem during wet seasons. It certainly won’t help affected trees bear crops next year.

I’ve noticed many defoliated trees in Broome and Tioga counties. I figured it was just scab.I’d say many trees have looked poor since late July. You could see right through the canopy. Now that I’ve looked it up, I’ll have to check out my trees in the backyard. http://letsgrowapple.com/2015/09/09/marssonina-blotch/

Trees not sprayed with fungicide in spring to control cedar apple rust will look similar if they are susceptible. If you want me to send you a photo of an infected apple leaf send me a private message. It looks like black spot on roses and is a related disease.

I have it on my gold rush and unknown old apple tree of my neighbors and their crab apple as well. I didn’t know it is new. It was kind of bad 6 weeks ago, but slowed down on my tree now. I am in Mass, Worcester. What they recommend for treatment?

I’m afraid treatment info is sketchy. It hasn’t been studied in apples yet in this country. Mancozeb may be effective based on research related to infected aspen but I’m going to try to find more info from parts of the world where this is a recognized pest of apples. Chlorathalinil also, but I don’t think it’s labeled for apples. You can check Dan’s link for some sketchy info and helpful photos. I’m thinking an early spring treatment of copper might help.

Thanks for the heads-up on this, Alan, and for the useful link, Dan. This may be what I’ve been seeing on my Hoople’s Antique Gold here in Western Mass. Not too bad at this point, just affecting a couple of leaves, but something to keep an eye out for.

I thought you were wrong about the apples because I thought for sure I had seen apples listed on my Daconil label.

It has CRAB apples specifically listed but I didn’t see “regular” apples. But since the distinction between crabs and regular apples is mainly the size, I have no idea how that makes any sense. And it doesn’t specifically say ornamental vs edible crabs. So what, you’re allowed to spray your Hewe’s and your Wickson but not your Goldrush or Honeycrisp?

That makes no sense…I know it probably means no apples you’re planning on eating, but gosh. Sometimes these labels are confusing.

I tried to read through that article but looks like my abilities to understand scientific language are limited… When you figure out a spray plan for this disease please share! It would be especially helpful if you point to the the correct fungicides for not-licensed fruit grower, the ones you can buy in reasonable amount to spray couple of trees. Thanks in advance!

They mean ornamental crab apples. Not to protect the tree but the consumer of fruit, I assume.

One of the fungicides they used is myclobutanil which wasn’t quite as good as the others for the purpose but almost and more than adequate. Next year my approach will depend on how wet May is and if it is anything like this year I will spray from June through July starting 2 weeks after last spring spray and every 2 weeks with myclo. This is readily available in various packaging on the internet and is not restricted. It is what I use as my primary scab and car control anyway- when I’m not using Indar, which is likely effective also. I don’t have a problem on my trees or other sites where I used Indar as part of my summer fungus regimen. Hopefully this isn’t a coincidence, but I’m talking about places close to the infected trees. One of the infected sites I used Flint and Captan mostly for summer fungus control and no Indar.

In the article you posted, I did not see myclobutanil but I saw propiconazole (Monterey Fungi Fighter/Bonide Infuse main ingredient) in the mix. So, Infuse should give some relief.

They did not list Indar. Maybe, Indar was not available at that trial

but I will use Indar on a trial basis if needed.

The Chinese study did use myclo, it was somewhat less effective but likely good enough. Much better than the control.

We probably should get used to taking directions from the Chinese. They may be running the world soon.

Here’s the answer I got from a Cornell ag research scientist. Topsin M is not terribly expensive.

Thiophanate-Methyl 85WDG, or a generic names for the same fungicide active compound are Topsin M 70WP or Topisin M WSB, SHOULD be effective for Marssonina on apple, based on the work on related Marssonina species on poplar. Merivon, labelled on apple in NY, should be effective too based on work on walnut.

All these fungicides are registered in New York for apples. I would not do more than 3 sprays total per year with either Merivon or Topisn/Thiophanate Methyl. I would start at the end of first week of June or at mid-June with my first spray, probably 3rd or 4th cover spray. Technically, Merivon or Topisn/Thiophanate Methyl can be used anytime from from Half-inch green forward and through the summer. Merivon is even labeled for use at green tip. However, this early at green tip or at 1/2 inch green - these compounds are rarely justified since scab risk is low. We usually recommend powerful fungicides like Merivon for scab at the peak times when scab infectioon risks are high - usually at Pink, rarely at tight cluster like it happened in 2017.

Here in this link http://www.agr.gc.ca/eng/science-and-innovation/agricultural-practices/agroforestry/diseases-and-pests/leaf-spot/?id=1367418562995
where they say, I quote: "Fungicides containing thiophanate-methyl are registered for control of Marssonina leaf spot on poplar. … Apply thiophante-methyl 2-3 times per season at 10 day intervals beginning in mid June.

Just bumping this thread up to the top since we’ve discussed it here.

I saw a retweet by Jon Clements at UMass about it today.

I think this is what I have had this year in my Honey Crisp (Gold Rush is not as bad). Leaves on thelower half of the tree were gone by mid Sept. I just cleaned leaves off under thatand others next to it.

Unfortunately, sanitation isn’t all it’s cracked up to be. I believe several species of forest trees are suffering the same ailment so if you have such trees near your property the leaves you remove may have no effect. Such is the case with most orchards I manage.

Sanitation is always emphasized, but somehow I’ve never once seen research on its efficacy with a single disease, although there probably is some. I have observed clear cases of black-knot infection on plums without a single nearby tree carrying the infection. Same with cedar apple rust, although nearby infected cedars certainly add to disease pressure, but cutting them down doesn’t nearly eliminate it.

Fungicide apps may be the only adequate protection. I experimented with extending my usually two spring fungicide sprays with an additional one in mid-July at a site with a history of this disease and got “adequate” control. Much better than nearby orchards where I didn’t do this. The owner was satisfied but agreed to let me do one more app a couple weeks later- end of July.

Captan and myclobutanil at highest rates. Myclo has some kickback, is very rain resistant and persists longer than captan.

We had two month drought here in Md which I guessed caused some of my apple trees to lose their lower leaves. Now not sure if drought was the cause.

In response to your point, Alan, here’s one study of the effectiveness of different sanitation methods in reducing apple scab specifically: 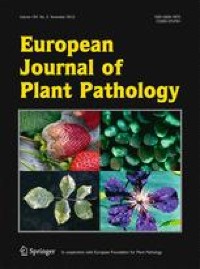 A two-year study was conducted to determine the effect of six sanitation treatments on leaf litter density (LLD), relative ascospore production of Venturia inaequalis and scab incidence on spur-leaf clusters, leaves and harvested fruits, on two...

This link from UMass Ag Extension also has some relevant information on using sanitation to reduce apple scab (though not as clear where they’re getting the data they cite). 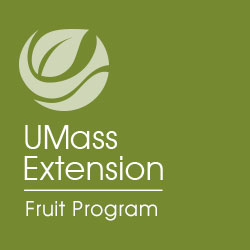 Introduction In a commercial orchard, virtually all of the spores that can start an apple scab epidemic come from within the orchard. Scab spores don’t travel very far, generally no more than 100 ft. Add to this the fact that early in the season,...

My trees are still very young, but from what I’ve seen, the impact of what appears to be Marssonina blotch varies greatly by variety. Some trees have been significantly affected (most notably some of the Geneva rootstock that I have not yet grafted), but with most trees the impact seems to be pretty minimal at this point.

Thanks for the links.