New Apple Tree Slowly Lost All Leaves - Save It?

Hi guys, new to the forum. I bought an apple tree with 3 of the more “tropical” varieties grafted on. I don’t remember their names right now, I’d have to go back and look. It looked great when I bought it - nice green leaves. It was about 5’ tall, in 3 gallon pot I think. 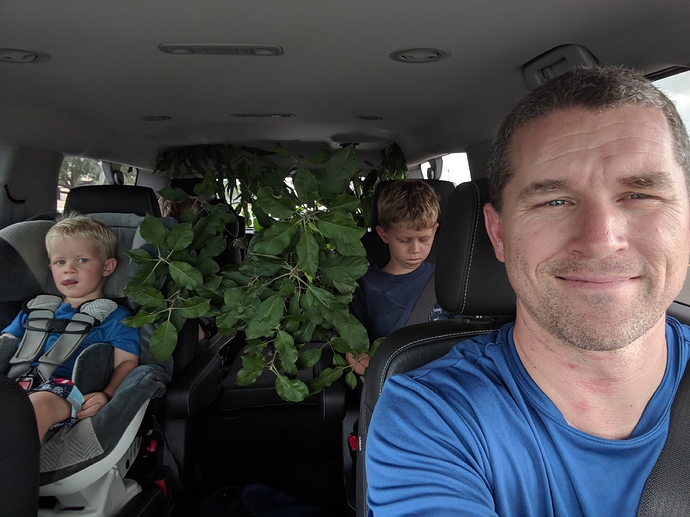 Took me a couple weeks to plant it, but it still looked fine. Lost some leaves, but still looked healthy. This was I think in August here in Florida. It’s planted in a location that gets morning sun and afternoon shade.

After planting, I watered it as I thought appropriate, and mulched with composted wood chips. Kept the trunk area clear to the dirt.

It continued to slowly lose leaves, mostly from the bottom up if I recall correctly. Didn’t look diseased, but the leaves turned from green to yellow and then brown and fell off. Never saw anything that looked like fungus or insect damage.

This progressed to the point where now all of the leaves have fallen off. There are still some brown dead leaves hanging on the branch tips.

The stems for the most part all still look “alive” - yellowish green sheen in the bark. There are quite a few buds all over, but the buds have not budged.

It just looks like the tree gave up the will to continue on. It looks like it’s slowly dying.

I’m in Zone 9B in Florida. High temps have been low 90’s. Had a lot of rain in September.

Anyone have any advice? I’m in Florida Z9B so I wouldn’t expect it to really go dormant. Thanks!

Moving a tree is stressful. The delay in planting probably added to the stress. The tree wants to prioritize the health of its roots, so it drops leaves to minimize the burden of them.

Trees often recover and leaf out again once they’re established in their new location. Probably the only thing you can do now is wait to see if it does, while keeping up the watering.

If it does die, you’ll be able to tell by making a scratch in the bark to see if the green cambium layer is gone. Probably too early to tell by that method now.

Probably the only thing you can do now is wait to see if it does, while keeping up the watering.

Thanks - we have sandy, well-draining soil. Do you think there’s any concern with overwatering? We’ve been having frequent rains, but we’re coming into our dry season soon here, so I’ll probably have to start hauling out the hose. I just hate putting the city water on it - I feel like I’m killing all the soil microbes. I need to set up a rain barrel.

Yes, over watering is a concern. When you planted it did you shake or wash off the planting media it was potted in? The difference in soils will often discourage a plant from extending roots out into your native soil, and the potting media and soil will both retain water differently. You should also avoid mixing in amendments with your native soil when planting as that can also discourage a tree from extending roots outward. Amendments can be added on top of the soil between the soil and mulch. I agree with Lois that the tree has likely gone dormant due to replant stress and should leaf out again.

When you planted it did you shake or wash off the planting media it was potted in?

No - it was in fast-draining potting soil, and my soil is pretty sandy. I pretty much just dug a triple-width hole, and backfilled with the native soil, no amendments, and thorough watering-in. Then mulch on top but not too close to trunk.

Thanks for the encouragement - I will continue to water moderately and hope for new leaves. I’ve never had a plant do this really - in Florida, it makes me nervous when the leaves fall off