Sound worrisome as they have shown up as far north as NY, MA and now ME. 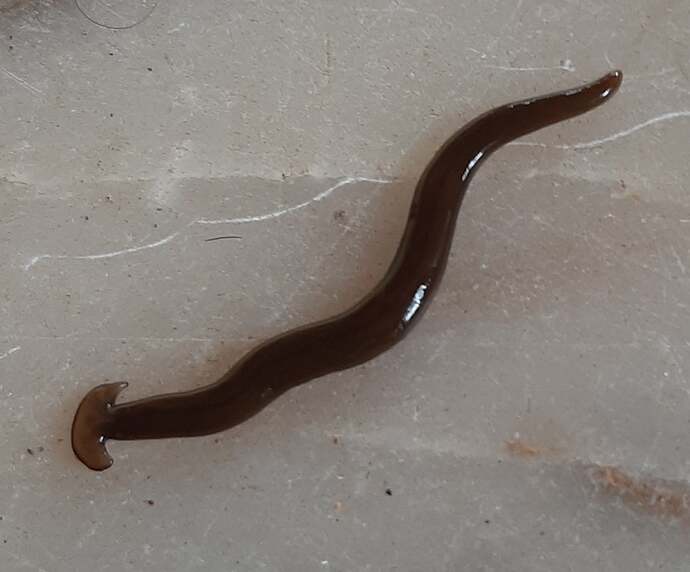 An invasive flatworm called the hammerhead worm has been spotted in Maine. It could be a problem for local farmers.

I wouldnt say they are ‘new’. They have been found in US greenhouses since 1900.

Probably at your local big box garden center there are plants from the deep south. I know here in WV that i see alot of Louisiana, Missisippi, Georgia and Florida nurseries on the pots.

Not to mention the boom in online nurseries, ebay, amazon, etsy.

Ive seen plenty of pictures and stories of people in Maine growing tropical plants. Lots of people buy trees etc from TyTy and other shady southern greenhouses as well.

Likely eggs in the potting soil…or roots. Even the nymphs are predators.

If you cut them up by tilling or cultivating they will regenerate into more worms… yay.

They say there are no known predators… i bet a duck or goose would eat them.

Yeah, I remember seeing them around our carport, in the dog’s water bowl, etc., around my boyhood home in east Alabama, back in the mid-1960s.
Possibly arrived in potted nursery stock, I suppose.
Never saw that many, and don’t recall them being a problem of any particular magnitude.

I remember reading about an outbreak in parts of Missouri last year as well, but I have yet to see them in my area.

One summer in my youth I accidentally brought home a dozen or so (that I noticed) huge army ants in my camping gear. A couple months later there were thousands of them in my yard where we previously had none. They were gone a couple years later. Likely a great rebellion took place and thwarted the invaders.

From the article, they are new to colder zones. I grew up in Southeast Asia. Never seen or heard of them before.

My father discovered them at his house (northeast Tennessee) about 5 years ago. He’d never seen them before, was bewildered until I Googled and figured out what they were. He experimented and can confirm that if you cut one in half, you simply end up with 2 worms instead of 1. They had bought a few bags of mulch from a “big box store” that year and is his best guess as to how they ended up with them in the yard.

great. another damned invasive! hopefully our deep frost keeps them south of me.

Do you have a green house? They will likely survive there. 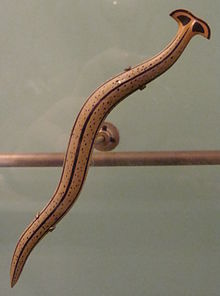 Bipalium is a genus of large predatory land planarians. They are often loosely called "hammerhead worms" or "broadhead planarians" because of the distinctive shape of their head region. Land planarians are unique in that they possess a "creeping sole", a highly ciliated region on the ventral epidermis that helps them to creep over the substrate. Several species are considered invasive to the United States and to Europe. Some studies have begun the investigation of the evolutionary eco The name ...

“Apparently brought to the U.S. with horticultural plants; it has been regularly found in greenhouses since 1901 (Esser 1981). They were reported as being so plentiful in New Orleans that they were used as demonstration material in zoology classes (Dundee and Dundee 1963).”

i do but the cover is removable and goes in the back shed for winter.