New To The Forum - Question About Bush Cherries

I am currently practicing a bit of backyard orchard style growing near the Dallas, Texas area and I would love to add some type of cherry. Everything I find about tree cherries seem to not favor my climate(8a with hot summers and mild winters sometimes) with clay(gumbo) slightly alkaline soil. I’m wondering if the bush cherries would be worth trying. Specifically, I’m wondering about the romance series of cherries released by the Canadians.

We are about 75 miles southeast of you. Don’t know why I’m replying except to say I’m interested too. We have planted a Montmorency this year which of course is a tart cherry but it is supposed to grow here. There is supposed to be a new low chill cherry that came out this year from DWN (I think) that didn’t have a name yet other than it’s number but I didn’t get one before it sold out. I think maybe @Richard got one of these—I’m old and my memory is not really trustworthy. There are a few that I’ve read about (the Royal series—Minnie Royal and Royal Lee, etc) that is low chill but from what I understand it’s not for certain that they will fruit. And from reading I don’t think I’m quite warm enough for Cherry of the Rio Grande which I assume you are asking about but I haven’t tried it and I think my winters would be too cold. So, I’m really no help to you but I am interested because I love cherries!!!

BTW. Welcome!! This is a great forum!

You are in zone 8 which is the limit of the Romance Series cherries (zone 2-8). So, you may not get its optimal production.

There is this thread My "Romance series" cherries that can give you a lot of good ideas about this series with a lot nice pictures of those bushes from backyard growers. Click on the link I posted. You can decide if you want to give it a try.

I think maybe @Richard got one of these

I’m trying few cherries myself.im in 8a-b Austin. I have Early Richmond for polllinator and Stella. Stella I bought from stark have grown over 6ft from a 3 ft barefoot plant. It looks promising. Early Richmond tried to put on fruit, but dropped it. Maybe next spring.

Thanks for the replies y’all. I found a source for Romeo cherry bush from Hirts. For $10 a plant, I’m buying two just in case one doesn’t make it.

Can any of y’all recommend a source for the other varieties that are shipping at this time?

I’m going to try these in a morning sun, afternoon shade spot since I’m sure summer will be brutal on these things.

The last two years (2015 and 2016), I’ve ordered a number of varieties of bush cherries (Juliet, Romeo, Carmine Jewel) from HoneyberryUSA, and they shipped to me in early November. They’re in Minnesota, so I guess they’re done with shipping for this season, however, you can order for spring delivery (I’ve received Crimson Passion and Lutowka from them in April 2016).

I’m in California, Zone 9b, with typical summer temps 95 F and up to 105 F during heat waves. I have a total of 11 bush cherries (Univ. of Saskatchewan varieties, Prunus cerasus x P. fruticosa) and three European tart cherries (Prunus cerasus): Jubileum, Balaton, and Lutowka. These are first- and second-leaf trees, and they didn’t fruit yet (although one Romeo and one Carmine Jewel did flower in their second season). They seem to be affected by the summer heat but they brave through and live and grow. They thrive and grow March through mid-June, and then they just stay alive during the summer heat from late June to early September. Of all the cherry trees/bushes that I planted only two (out of three) Crimson Passion plants have died, but they were tiny sticks when I received them.

Well, my order was received from Hirt’s for the two Romeo cherry bushes. 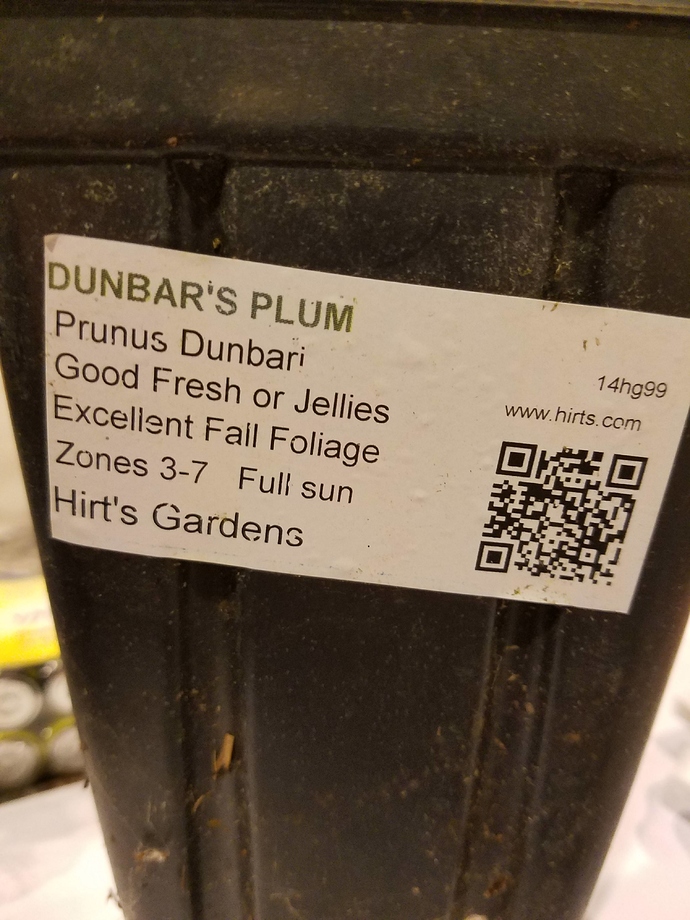 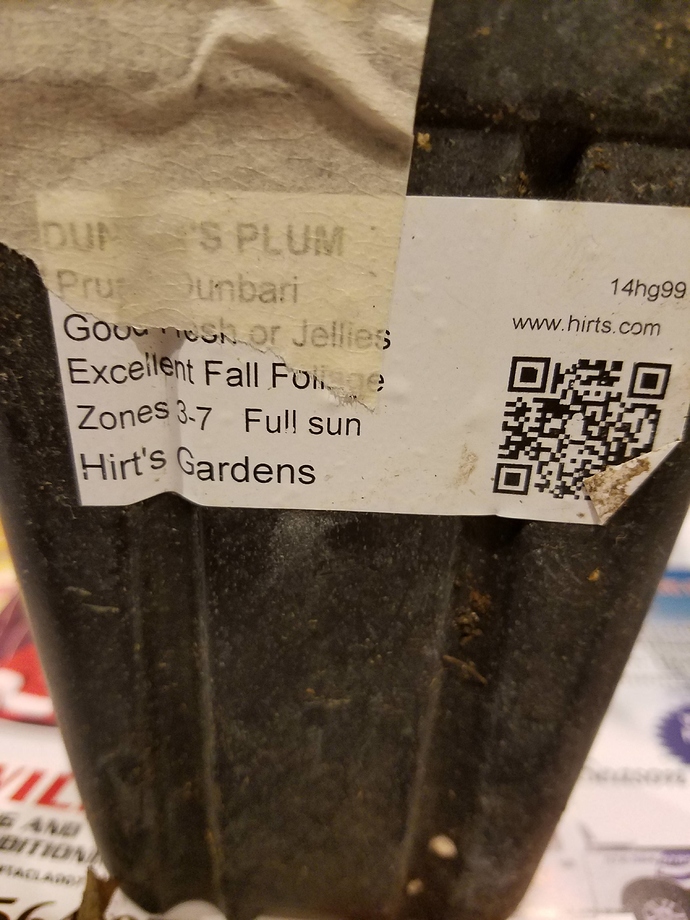 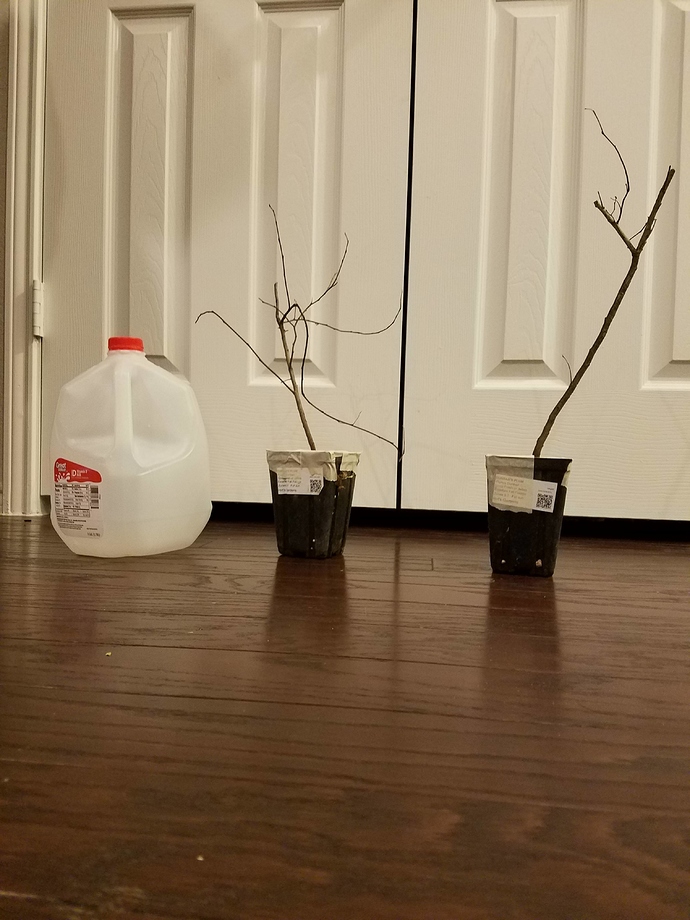 I emailed them just a bit ago. Hopefully this gets corrected.

And I just received a very quick reply. Correct plants will be sent tomorrow. So…anyone have any experience with Dunbar’s plums? Worth growing? I hate to let these things go to waste.

Chad,
Originally, Honeyberry, USA was the only licensed seller of the Romance series in the USA. Last year, Henry Field’s nursery started selling the series, too.

By now, I don’t know who are licensed to sell them. In the US, you can buy Carmen Jewel, Crimson Passion, Romeo, Juliet. The only one that has not been available here is Cupid.

Rolling River did the same thing to me sending the wrong plants, and they fixed it too. It happens. Yeah keep the plants, but it’s not your zone is it? They may not make it.

It says zones 3-7. I’m technically 8a. I tried to find out a bit of info on the variety of plum, but there’s not much out there.

Dunbar is a natural hybrid of wild American plum and the beach plum. I think it comes true to seed? It grows as a single trunk tree, it likes northern areas best. Small fruit (1/2 to 1 inch) that can be red to blue. You need another for pollination, so you need both. I would put it in a somewhat shady spot.Not too much, but not all day sun. Sounds interesting and tends to be disease free being a wild natural hybrid.(P. americana x P. maritima). It’s supposed to have good flavor.
I have been looking at plums and researching them. I don’t have this plant, but have run across info. If I had room, I would try this one as climate is ideal here.

It does come true to seed. Think i might grow some! Sounds perfect for my cottage.
You could graft any plum unto it.

does anyone know if bush cherry grafts onto sour cherry?

They sent these things priority mail to fix the mistake. Hopefully I can get these suckers to grow this coming spring. I’m pretty satisfied with the customer service. They responded within half an hour via email and had it mailed off the next day. Not too shabby at all. 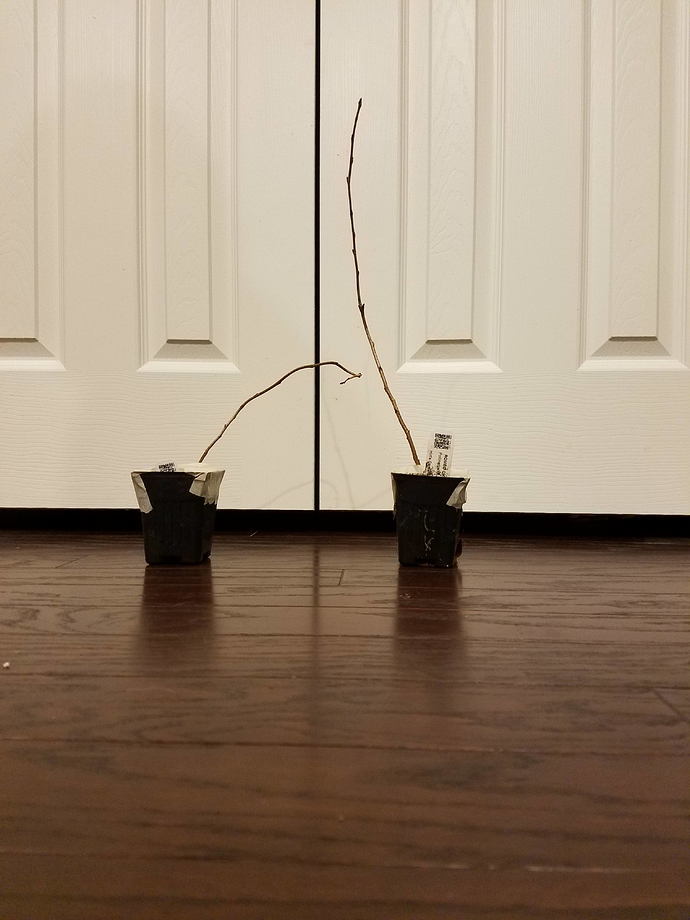 I would love an update on the bush cherries. I’m in east Texas zone 8b and I’m tempted to order some.

Rabbits ate them to the ground. Tossed them out and filled in with muscadine vines.

That stinks. I was sure hoping for a good report.

They are more a cold zone plant, like currants, honeyberries etc. Here in zone 5b they are wonderful. Some of my favorite trees. I used to zone push a lot, but now just a little. Too much work. It’s so nice to have plants that work in your area, I now try to stick to them. Although I managed to make figs work here to some degree. But they are easy to keep happy compared to other higher zone plants.