I have two scions of magness that I grafted this spring, both are starting to grow and both have leaves that look like they have an issue. 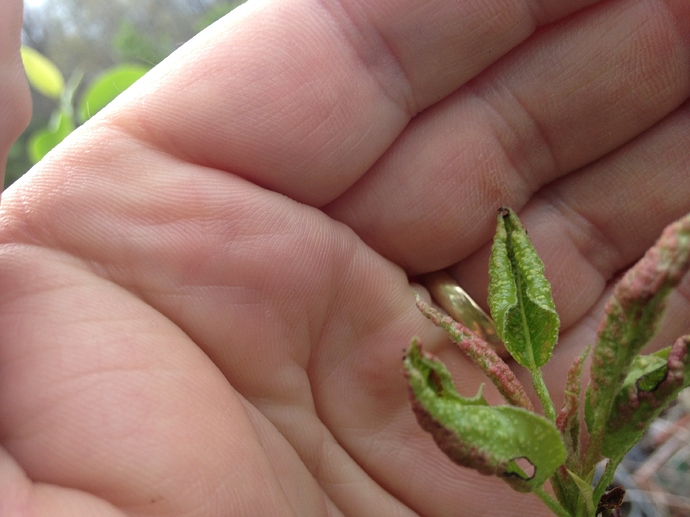 Mites? Remind me of leaves i’ve seen on my pears in the past. Usually a dormant oil cures it. After leafing out i think i’ve use Neem oil with some success.

Seems like I’ve heard of but never seen blister mites. If so neem sounds like a possibility.

Yes,those could be Pear Leaf Blister Mites.I sprayed some micronized Sulfur on an Asian Pear,a few weeks ago,that had them and now the leaves look a lot better. Brady

Thanks , I gave them a little shot of spray

yeah, it is blister mites, my Asian pear had it last year. I did not treat it and it resulted very weak growth, branches grew way smaller than previous year’s.

My sister’s tree had blister mites for a couple of years. I just pruned off the affected leaves a few times and that seemed to take care of it.

That looks like blister mite to me too. Just an FYI, pyrethoids tend to make them worse.

Next spring spray lime-sulphur when the buds first swell. I had horrible problems with it until I did that. Now you can spray sulphur to get them somewhat under control.