Most of my apples were doing their thing this year, coming into bloom at slightly different stages as per normal - except that I felt like my Haralson was much later than normal. Thing is I used to be able to count on the State Fair to be there for a pollinating partner, but the deer girdled it and so he’s no longer there. I had a couple of clusters on two very young GoldRush trees, at the very early stages of the Harlson bloom time, but then those few blossoms were quickly gone.

So there my Haralson has sat, blossomed out in all it’s glory - but all alone…, no other Apples in bloom, no Crabs or anything nearby either.

Anyway, it’s been a few days since I’ve been over there and I went to check things out today and I have little clusters forming just like any other year. How does that even happen absent a pollinating partner? 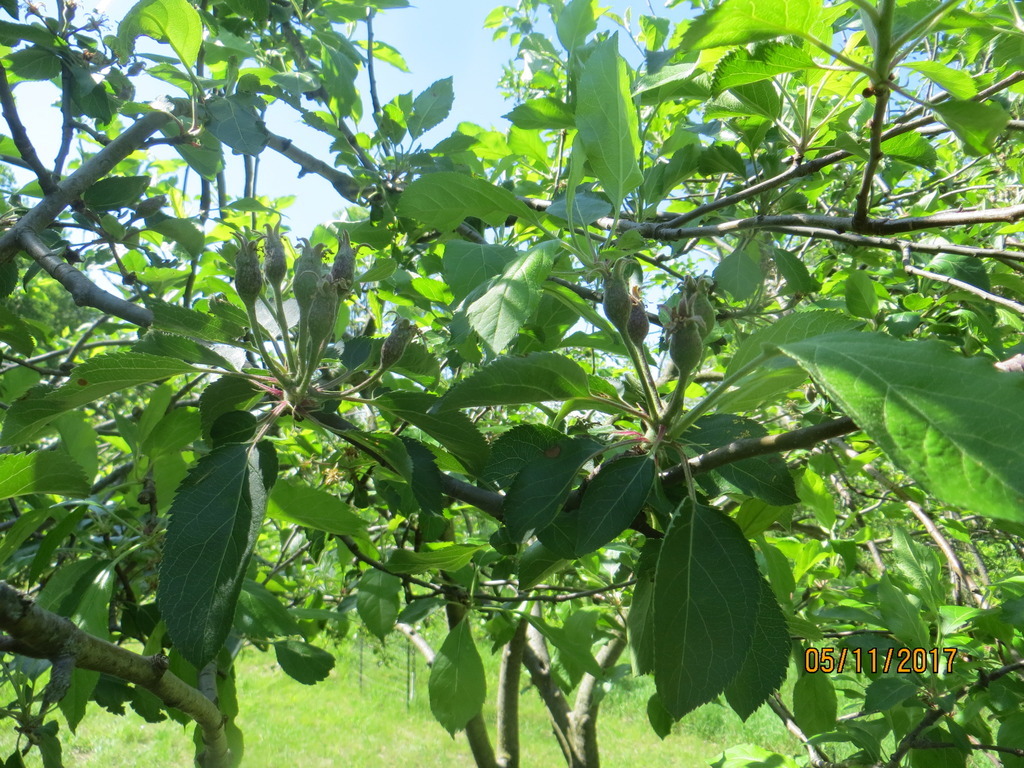 And then to top it off - I’d planted a Zestar! last year and so it’s brand new to me. (You may recall the Stark Bro’s thread showing the rather large Zestar’s I got in??? Well this one wasn’t one of them - it was a nice enough tree that I’d gotten from Grandpa’s Orchard, just not nearly as sized up as the ones I’d ordered in for friends and family from Stark’s)

So I literally know nothing about it other than I wanted one in the ground so I put one over there.

But I am surprised by two things 1) That it’s got a couple little clusters of blossoms on it at this late date, and 2) I’d read somewhere about another apple that said an ideal pollinating partner would be something that flowers early like Zestar! 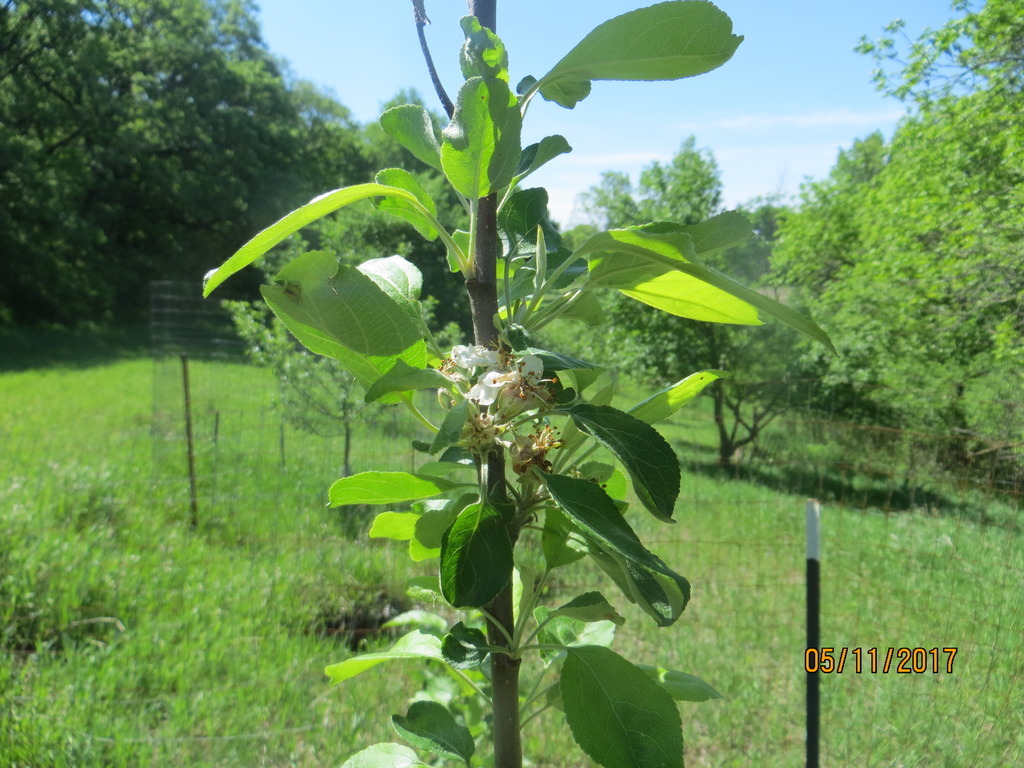 Well I seldom look at blossom dates of varieties anymore as I just mostly felt like with 14 apple trees over there there’s probably never going to be a pollinating issue. But is it normal for Zestar! to blossom as late as mine has, or is this just maybe an oddity due to the young age of the tree, or the strange winter-spring weather?

I’m scratching my head on both - my Haralson having apples w/o any pollinators around, and with how late the Zestar’s couple of little clusters appeared.

I was spraying Surround over a very few laggard Zestar blooms on Tuesday 5/09.

Zestar is my earliest apple to wake up, but my only very slightly later Liberty was done blooming before Zestar. I’m observing that the spurs flower before the 1 year old shoots, and my Liberty has many more spurs than my Zestar which so far is about 75% tip-bearing (though the descriptions say it spurs up eventually).

As far as your Haralson goes, I think honeybees have been found to forage in a several mile radius, so maybe you got lucky?

Glad you responded, it makes more sense to me then - and I at least don’t have to wonder if I got a mislabeled tree!

Zestar is an early bloomer in general, but the bloom is spread over time and some clusters can flower late. It is at least two weeks post bloom for me.

Yeah I guess maybe it was just a straggler, I think had I seen the two clusters two weeks ago I wouldn’t have thought a thing about it. As it is, when Zestar! is classified an early bloomer and it’s literally the only apple tree I have over there that still has any flowers on it, it just made me initially question — hmmm, is this REALLY a Zestar!

In fact the Pippin site has it as a flowering group 1, with a flowering period of “Very early season” as you’ve noted. (I’m thinking my other varieties must be --1 or —1 or very, very, very, early

But no, thanks to both yours and Levers101 posts I think my doubts on if my tree is even a Zestar! are gone. Thanks!