Oddballs that are easy to root

This should be a useful bit of info. A lot of the less common stuff, when found at a local nursery, often comes with a hefty price tag. I’m probably around $400 on the hole for new plants this year. No biggie; A: I enjoy supporting my local small nurseries, they do great things for us and deserve to thrive. And B: I’ll get my money back once I start propagating these puppies

To test things I just threw a bunch of stuff on my aeroponic cloner just to see what liked it and what didn’t. 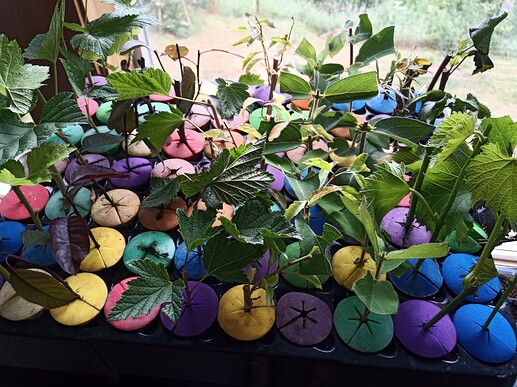 Plus a bunch of other stuff in there just for funzies. I’m actually running it straight, no intermittent schedule which can be less than ideal but still works. So far:

Thanks for sharing! Did you diy your mist system? I bought a 2 pack of timers on Amazon for like 25 bucks. You might want to check out that route. Another method is the humidity sensors which would kick on when things begin to dry out instead of a set schedule. I’ll be starting on some blueberry (and peach) cuttings that have been “cold stratified” as I’ve been instructed to do by some members, I believe based on University of Oregon Ag research, at least on the blueberries.

I built two systems last year and this year bought a 70 cell unit. Both for the convenience as well as for the opportunity to play with off the shell hardware. I do have a timer, this year I just haven’t put it to use.

The 70 cell unit needed to be modified and the undersized inserts replaced before I was happy.

Sea Buckthorn has never rooted for me.

That sounds like another “grow in pots only” situation depending on your needs.

I have grass on my orchard. Invasive vs. trimmer and/or lawn mower is no contest.

castanea, how did you do yours? Every plant has a better and worse way to go about vegetative propagation. On the aeroponic cloner I haphazardly cut and loaded about 9 cuttings and I mean, a few were not exactly ideal material. 3 died (really bad wood), six took root in about two weeks? (I need to keep better notes). The success rate (half assing it on the cloner) was pretty good.

Che is able to be grafted on Osage Orange and is sometimes called Chinese Che. I understand it’s related to mulberry and that in general the fruit is nothing to write home about.

Don’t underestimate the invasiveness of che. It will send roots out at least 20-40 feet, will attach itself to any water source, and will grow through the root system of other trees, stealing their water, so it’s not uncommon to find it growing up an inch from the trunk of some other fruit tree. This new growth has huge thorns.

I rooted more than one but planted one in the ground. It eventually got to about 20-25 feet tall and tried to take over my back yard. That wouldn’t be too bad if the fruit was good, but it isn’t.

Here it is at about 18-20 feet tall, and covered with fruit that no one and no animal would eat. 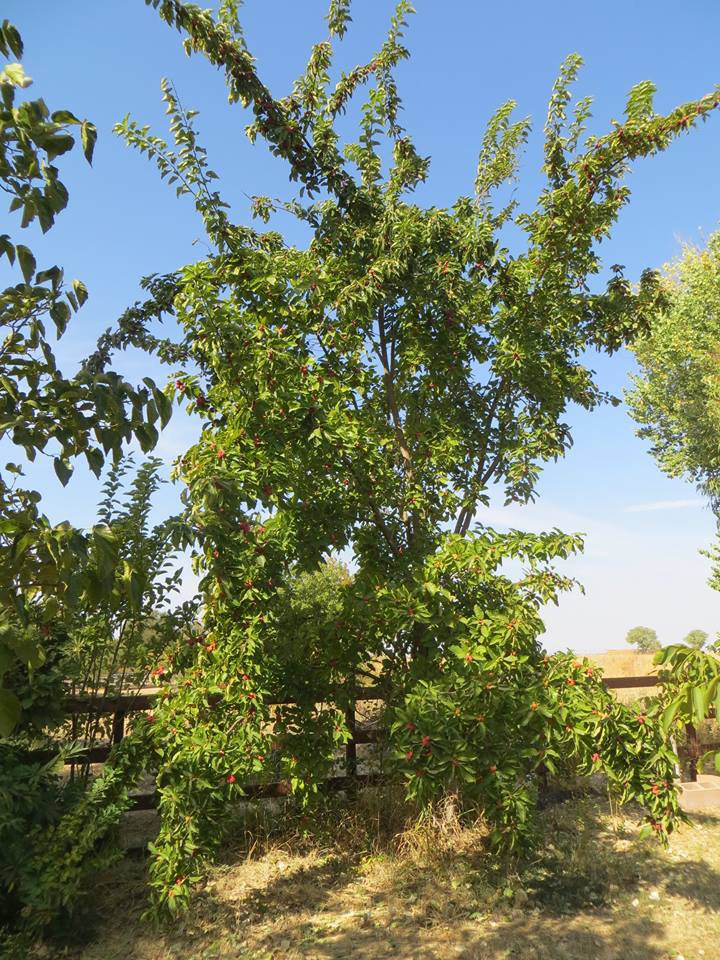 Do you allow your cuttings to callous dry before putting them in this aeroponic cloner and could you put a link to this item.

The first thing that comes to mind,is Jostaberry.Wish it was something I really liked.

Google “aeroponic cloner”, there is a ton of information out there. I’ll be happy to share my experiences with the ones I have built and bought. While every plant species may have a more or less ideal protocol, this setup is possibly one of the most forgiving ones. I should be running this on an intermittent timer and I even own one, but haven’t bothered to put it on because close enough is good enough.

I do very little preparation. I bought a Goji berry bush, cut some excess foliage, chopped it, loaded it on the box, and got 6 out of 7 to take. Speaking of different plants with different protocols, Goji berries seem to root much better if they have more rather than less leaves on the cuttings.

Similar experience with seaberries; I got a branch off a male seaberry and another from a female sea of Altair. Chopped them, loaded them, a few weeks later i potted them once they had some roots. Haskaps also respond well to the setup.