Pawpaw Tree arrived without a tag

This was my first time ordering from a nursery. I ordered a Susquehanna Pawpaw from Raintree and a Sunflower from Burnt Ridge. The pawpaw from Raintree arrived without a tag. I’m not sure if that’s a common problem with nurseries or if their doing me dirty.

Here is their response:
"Hello —,
Thanks for getting in touch with us! Looks like you ordered the Susquehanna Paw Paw from us. This is the only Paw Paw on your order so, that is what it is. Hope that helps. Thanks and have a great day!

Stay Rooted,
—"
Condescension?? I know what I ordered, but do they really know what they sent? I doubt it.

So is this an irregular occurrence? How can I ever know if I have a true Susquehanna? Do you ever get the wrong plant with the right tag only to find out years later? 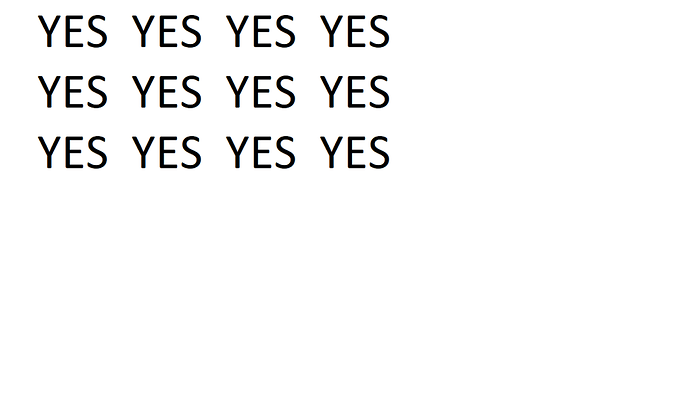 I would never hesitate cause I sell trees to send another with a tag and tell the person to keep the one I screwed up about.

I’ve never gotten something without a tag. I ordered a lot of stuff this year, from a lot of places and the only mixup was a cultivar with a similar name being sent accidentally. The company sending sent out a replacement after asking only for pictures of what I got. I’ll rehome the one I did not want.
I’ve also ordered from Raintree several times with no problem, so my gut tells me they’ll probably make it right if they can with a bit of gentle prodding.

Let me make something even more complicated. The labeled Sunflower pawpaw you get from Burnt Ridge also has a chance of being Susquehanna. Just because something comes with a tag, doesn’t mean it’s 100% marked correctly. The tag could have gotten mixed up in the grow block, sapling harvest, handling, inventory, etc… It could have gotten relabeled with a new tag that a worker assumed was correct. The nursery worker could have gone for a bathroom break and forgotten what the last untagged pawpaw was. They came back and thought it was Sunflower. Hence it’s Sunflower.

If you ordered from Raintree and it didn’t come with a tag, if it’s the only one you ordered, it probably fell into the bottom of the box or something. Usually the nurseries have large segregated inventory bins when they start assembling your order.

I think you’re over analyzing the scenario. Let me give you another case, I have seen a labeled Shenandoah that was really a Susquehanna. Even Neal himself sold trees that had labels fallen off (years and years ago when Neal was the only one selling Peterson pawpaws), but was sure it was x y or the other.

There’s a member of NaFex that died a few years back. They didn’t label most of their trees on a huge multi-acre lot. We got invoices from Burnt Ridge, OGW, Starks, Raintree, etc… and were able to by process of elimination ID the trees. Now, if I don’t trust the invoice, all these trees then are misidentified.

Is it grafted at least?

This is a good reason for all of us to make a map of the madness we have created.

This is a good reason for all of us to make a map of the madness we have created.

How many times has someone on this forum (or at a scion exchange) reported a graft that didn’t grow true to type (or as advertised)? This is way more common than one would otherwise think.

It only takes one link in the chain of “copy my copy” to completely screw things up.

Is it grafted at least?

Raintree only sells 1 Gallon pawpaws if I remember correctly. They don’t have bareroot pawpaws I think. At 1 gallon size, the grafts should be easy to see. Once they about 3-4 years, it’s sometimes really hard to tell. Some of the bareroot pawpaws I have seen have really nice grafts that are hard to locate.

The only time I got a plant with no label was from a place called Online Orchards that sells trees on the Home Depot Website. Like others said label does not mean true to name. When I first started gardening I tried to grow peppers. There was a label for the variety I wanted at a local nursery but it grew another pepper than advertised.

Agree the lack of label doesn’t mean anything. If they wanted to deceive you they could just put the label of what you ordered on any paw paw and you wouldn’t know any better.

As has been stated, I agree that labels can go sideways at any time, mistakes can happen at any step, even between steps. But none of that is an excuse for a lack of label. All you know is that the process broke down somewhere. It’s unlikely you could speak to the individual who packaged/shipped your tree, and that person could reliably recall your order with sufficient detail and confidence. I doubt they have good documentation of their process.
If it’s important to you that you grow what you intended, I would press for a replacement. If you’re happy to grow any pawpaw, you can let it slide.

I doubt they have good documentation of their process.

But that runs both ways. If you doubt that they correctly sent the right one, what’s your confidence that they correctly labeled a random one? The trust goes hand in hand as @GeorgiaGent pointed out. It could also be a mislabel. I say this as someone who has ordered RT pawpaws before.

This isn’t apples. You are going to wait at least 6 years before you get fruit to be able to positively identify your plantings. Unless they are large block orchard plantings, I have seen a myriad of highly suspect pawpaw plantings with cultivar IDs, especially since they are sold in ones and twos. It probably occurs on the same frequency with apples. The difference is that there are no dwarf rootstocks, so you’re going to have to wait to get an ID.

If it’s important to you that you grow what you intended, I would press for a replacement. If you’re happy to grow any pawpaw, you can let it slide.

It’s not about letting it slide. It’s about being sensical.

Btw, Susquehanna and Shenandoah are probably the two most easily identifiable of all the Peterson pawpaws due to ripening time, flesh color, and taste.