Thanks for that report.Is Jim Davis related to Corwin?
I found this article from Kentucky State U.,listing a lot of older varieties,on up to some of Peterson’s.bb

Jim Davis is the one who runs Deep Run Pawpaw Orchard in Maryland and is I believe friends with Neal (links on Neal’s website) and has supplied a lot of fruit for the Pawpaw festival in years past. No idea if he is related.

I like this article because it sorts some of the cultivars based on genetic proximity. I grafted a couple of these unnamed KYSU selections. Hoping to try them in the coming years. 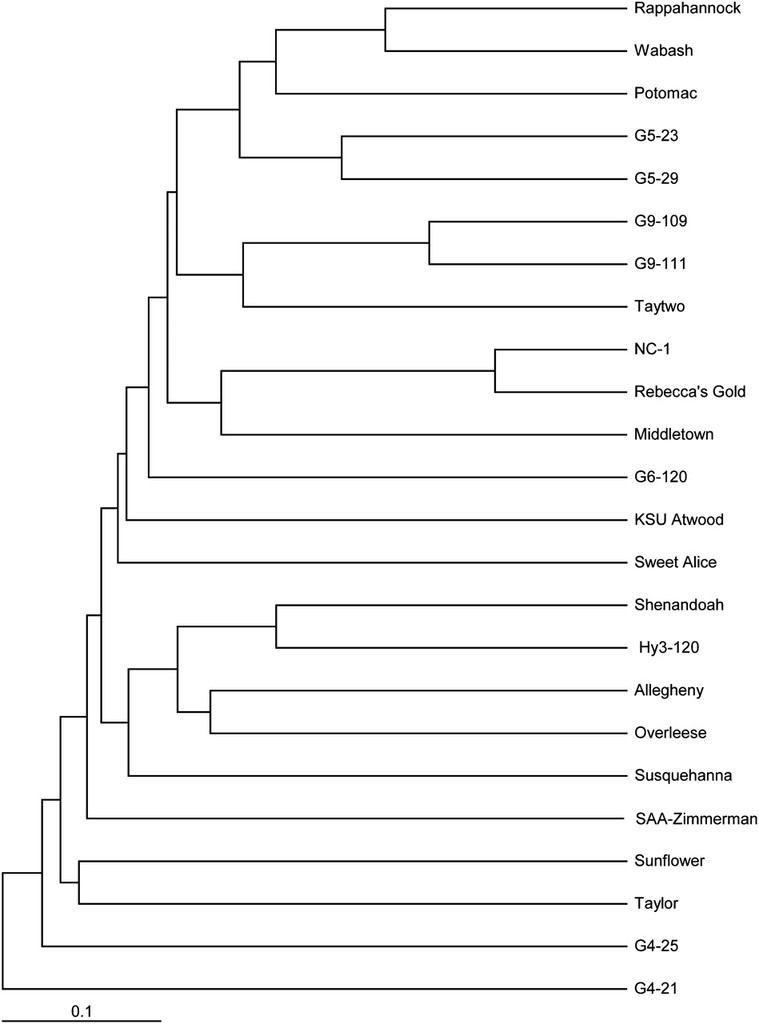 Thank you for your tasting report! If you had to pick a favorite…?

There are two unnamed seedlings here which are suspected Shenandoah x Allegheny crosses. Names are still being decided.

Lighter flavor (relative to Susquehanna). Both are fruity, but not as strong as Allegheny, with a tad more complex flavor than Shenandoah, no aftertaste. I probably enjoy those two the most. If I had to pick named cultivars, Shenandoah, Allegheny and Mango in no particular order.

Also, does anyone have any tips on mailing pawpaws? Do you guys ship still slightly hard pawpaws?

Individual bubble wrap? Layering packing material and pawpaws like lasagna? I just mailed like 4 pounds about 500 km/300mi away. Hope they hold up.

Alternatively, there’s another neighbor who can’t taste much of a difference between all of them.

I’ve tasted about 10 different named varieties, probably about 6-8 together at one tasting, and although I feel like I’m fairly discerning (but not especially picky) with differences in varieties of other fruits, I’m like your neighbor that thinks there really isn’t much difference between selected/names varieties of pawpaws. (I have eaten some wild pawpaws that are very much inferior in taste, as well as some wild pawpaws that are quite good in taste but all smaller.) The difference I notice between selected varieties of pawpaws is size and seediness, so the best pawpaw for me seems to be the biggest pawpaw with the fewest seeds.

KSU Chappelle- Eager to taste it as Cliff England (nurseryman, friend of Jerry Lehman’s) raves about it.

I bench grafted a Prima 1216 last year and is seems to have survived and done well this year (still in a container). However according to peacefulheritage.com, it ripens very late. They recommend not even trying it in the northern end of paw paw regions. Bummer. I’m not interested in pushing the ripening window at all. Does anyone have an experience with this variety? If I can’t confirm that it will ripen in time in Ohio, I’ll probably sell it or trade it. It is in a tall Stewie pot right now. I got the scionwood from someone on the North American Scion Exchange facebook page.

I have the asimina web worms here.
I control them on most little trees by hand pulling and smashing .
They can cause a lot of damage on young trees , so need control.
I have several trees that are out of reach for hand pulling them off.
And the worms mostly feed on the top ends of shoots.
So some are out of reach, and I never got around to pulling them out.
Looking at the trees now, I think the web worms just summer pruned the tree tops for me, where I could not reach, twigs I would have wanted to cut anyway just to keep the tree short enough to reach fruit by hand. It looks kind of bad, dead shoots on the top of big trees, but the percentage of damage on a big tree is insignificant overall.
So I am feeling better about being to lazy to cut them out !

If I was making generalizations, I think I could use choose two words from a bank of four to describe 95% of all the pawpaws I tried so far (light, heavy, fruity, wild). I think I prefer all those that intersect with the fruity light with some in the heavy fruity descriptor area.

I need to disclose that pawpaws would not be the first fruit in my mind if you told me that I was only allowed to grow one type of fruit. I like them in occasional doses, but there are other fruits that I would prefer if I was stranded in the middle of a temperate deciduous forest/island.

@hambone grafted that one this year along. We’ll see how it goes next year.

@ztom I grafted prima received from friend just lives just north of Cliff England. He told me it tasted bland or at least not remarkable this year for him, first year trying it. He has all the peterson, ksu, and about 20+ other varieties.

So, flavor profile question: I just had a fresh cherimoya (bear with me) and thought it was great. The only thing that made it hard to eat it in one sitting was a bit of a bitter aftertaste. Is this similar to the bitter aftertaste I’ve seen some pawpaw varieties described as having? If so, I’ll know to knock those down a few spots on my list of pawpaws to graft.

Yes, I’ve noticed the same bitter after taste with several pawpaw varieties.
The Peterson varieties are a lot better in this regard.

I emailed Tom at Red Fern Farm about when Atria, Betria, and Rigel ripen, and this was his answer:

These three ripen after the PA Golden series, Taylor, and Taytwo, and after Susquehana/Shenandoah, but before Overlease, NC1, Potomac, and Sunflower.

It is good to know about a ripening order in Iowa.

However, I have learned that sometimes same fruit in vastly different climates may have a different ripening order.

Based on pawpaws ripened at the Pawpaw lady farm in Hardwick, MA, Shenandoah and Susquehanna ripen in time where we are.

I agree, it’s all relative. But that’s a better bead on their ripening time than I’ve found before. I think I have more GDD in town here than Hardwick does, and I have at least 2 weeks more of frost-free weather in the fall compared to surrounding areas. I’m still figuring out what I want to try, but I’m leaning towards some of the ultra-early varieties like Summer Delight, KY Champion, and Halvin. I think Caspian belongs in that list too, but Cliff’s description isn’t as clear on it being early.

Edit: I Looked it up, and last two years Nashua got an estimated 200-300 GDD more from May 1 -Oct 15 than Hardwick did. Your area was even a bit more.

Hardwick is in zone 5b I think and higher elevation than my area.

Maybe, I should check those varieties out too if scionwood can be purchased.

Cliff doesn’t have them on his scion list, but I’ll probably ask him if I can’t find any for trade.

With my weather here in Vancouver wa. I’m expecting frost on ground on Sunday Monday and Tuesday. Down into the thirties tonight. My Ksu Atwood and Potomac have stalled ripening, day time mid fifty’s. Some are kinda soft feeling by not yet fully ripe. Should I just pick them put them on shelf and hope they finish ripening or are they a lost cause? Have yet to try a Potomac. 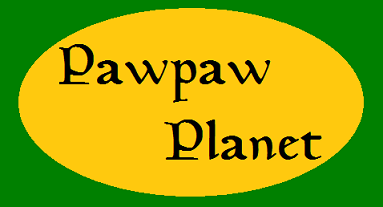 I’m told that SD is an early ripener in same window as Shenandoah. I did graft it this year and it took, so I may find out next year. The ones I’m really interested in are the freestone ones that Cliff has.