Picked these off pawpaw trees I planted 15 years ago in a butterfly garden I created at a local non-profit. Perfumed the car driving home. If you haven’t eaten one, you’re in for a treat. So good to eat. I constantly talk up pawpaws, how to grow them but hardly anyone around here grows them. Many people I encounter don’t even know that a pawpaw is a tree with edible fruit. Some think pawpaw is a bird or a flower, they have no idea what it is. Boy have we lost touch with our woods

The photo shows if you click on the blue “pawpaws”. Not sure why photo doesn’t automatically display.

Good for you. Better eat em fast; they do not keep. I’ve been planning to hunt for them this wkd.

That’s quite a haul.
Mine started dropping about a week ago.
I’ve got a half-dozen young trees that I planted in a low spot alongside my driveway - all seedlings of named varieties, but I have also grafted several named selections, like Mango, Rebecca’s Gold, Sunflower, etc., in to them over the years. Getting a nice crop this year… I’m just picking up 3 or 4, morning and evening, as they fall off the tree
Gave some to a co-worker, who made some pawpaw butter, from a recipe she found online - very tasty.

Ordinarily, I can eat one pawpaw, and that’s enough to sate my appetite for them for a year or two… this is about the first time I’ve ever had access to named-varieties (even though I long ago lost the IDs on the grafts)… they’re better than the local natives. I’ve eaten a couple a day for the last few days and I’m not yet disgusted with them.

Lucky- For me Mango taste blows away the straight species. You can probably ID your Mango if one of your trees is noticeably taller, faster growing than the others. And your Sunflower probably fruits a bit later than the others.

I’ve eaten a couple a day for the last few days and I’m not yet disgusted with them.

It only took one and I’ve had enough at least until I get one that isn’t over ripe.

Hambone, what variety are you growing? So far I have only eaten the wild ones that I have found growing near the Potomac River. Like others on this thread a couple of those is enough for a while especially if they are overripe. I’m hoping the grafted Sunflower I got recently will be a different experience. I have a wooded area adjacent to my orchard that has a stand of wild paws paws growing in it and at least on of those trees has fruit. If I plant my Sunflower within 100 yards of these would that be close enough for pollination?

@SteveMD The pawpaws I picked yesterday in photo are from four straight species trees I planted in a butterfly garden about 16 years ago. They taste fine but my Mango pawpaws taste better. Will be a couple years before I taste Sunflower and a couple Peterson varieties. For pollination you want your trees very close- maybe 15 feet, some people plant them even closer because pollination can be a big problem.

My pawpaw are still unripe i have yesterday pressed with finger few fruits and they are all hard on touch.
Last year they where ripe 15.09.2015 so it’s no long time to wait for ripe fruits

Sunflower is the one variety I’ve heard of that reputedly will fruit without cross-pollination.

Grafting a second variety into the same tree could be an option for pollination, though.

Some think pawpaw is a bird or a flower, they have no idea what it is. Boy have we lost touch with our woods

kind of sad, right? I mean, there aren’t many fruits or produce which could be conferred genuine ‘americana’ status-- pawpaws, certain cucurbits, red mulbs, and american persimmons/pecans/walnuts should be in most people’s vocabulary.
just about everything else we eat and grow in usa have been introduced from asia and mexico/central/so america.

Exactly. I call it “GroceryStore-itis”. When big grocery stores took off, things changed radically. I think some people now stay out of the woods in late summer due to poison ivy, heat, ticks, chiggers, fear of creatures of the dark lagoon, etc.

Picked some pawpaws today along the Potomac River in Dargan, Maryland with my wife and son. 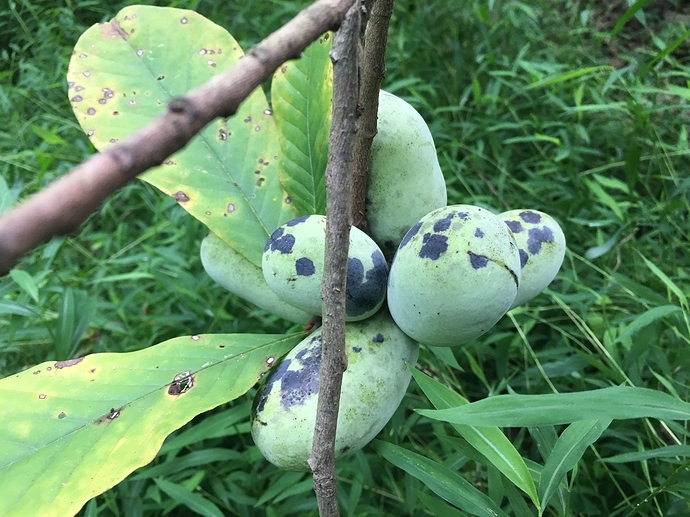 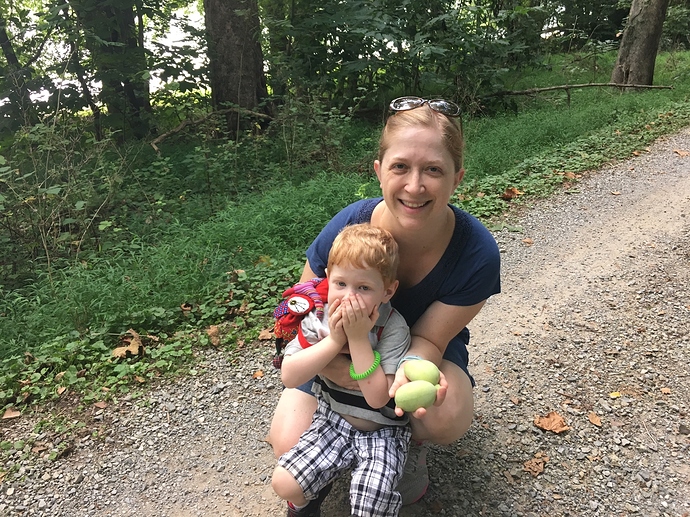 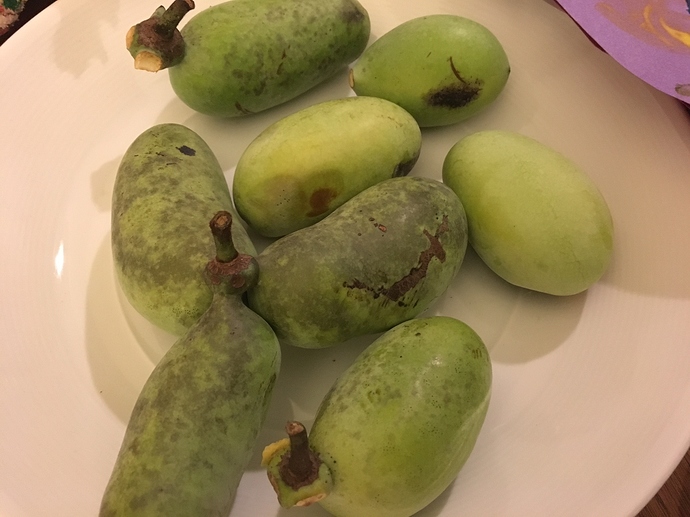 unbeknownst to the plant nursery manager

wow, the nursery manager does not even know what it is?! 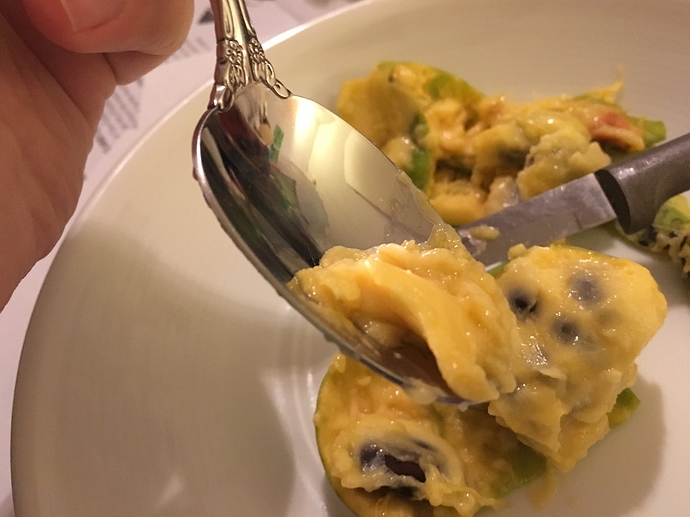 @Matt_in_Maryland, how do they taste?