I planted a bare root PF-25 peach about a month ago. It is now slowly leaving out, and I’ve noticed that one of the branches that I assumed would be a scaffold is dead. It overall appears fine, but it seems like the strongest growth won’t develop into a good vase shape.

I can get a pic later, but am I best off to just let it do it’s thing this summer, and worry about shaping and pruning it next season?

The first year I generally prune off the leader to the height of the tallest expected scaffold I want. I also prune off big scaffolds (anything bigger than 1/3 of the trunk diameter). I also prune stuff with too tight a crotch angle.

You don’t want that stuff anyway for a vase tree and I’ve found tree development is faster to remove that stuff early so energy can be directed into stuff you want to keep.

Before you prune too hard, make sure the tree has some live buds where you want scaffolds. Sometimes purchased peach trees don’t have any live buds down low.

Let me snap a picture today, maybe with a tape measure next to it so you can see how high everything is.

Pretty much all of the existing scaffolds are too low, but the leader itself is not currently budding. There are a couple of buds a little ways down, but I’m not sure if they’ll take over dominance or not. 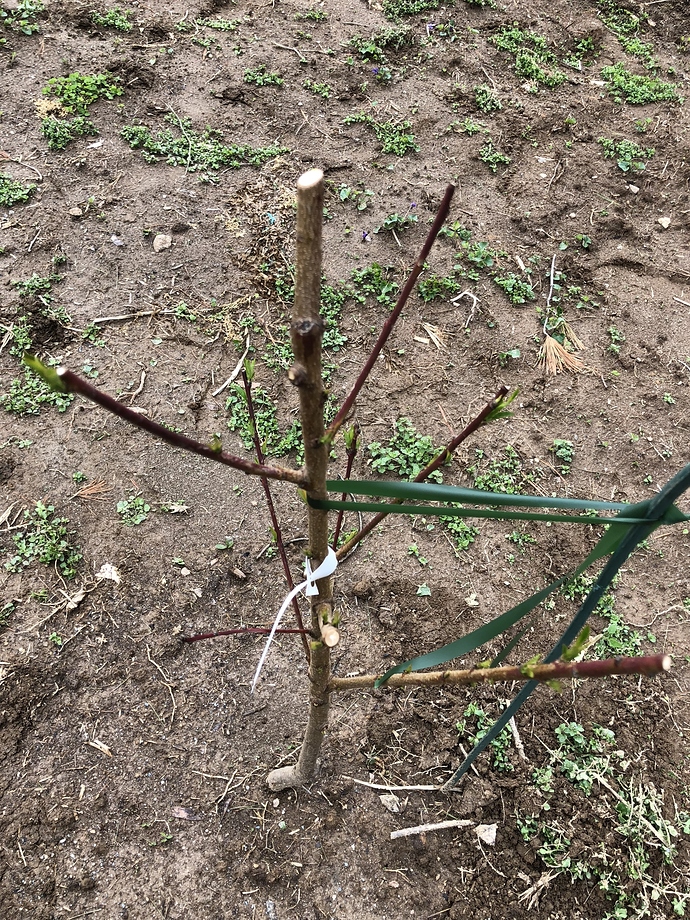 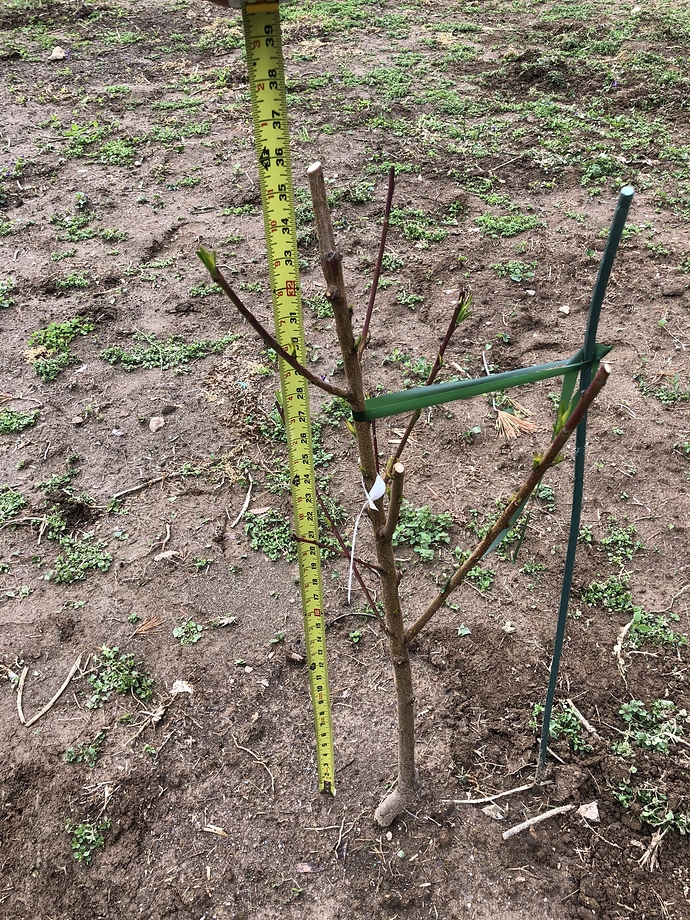 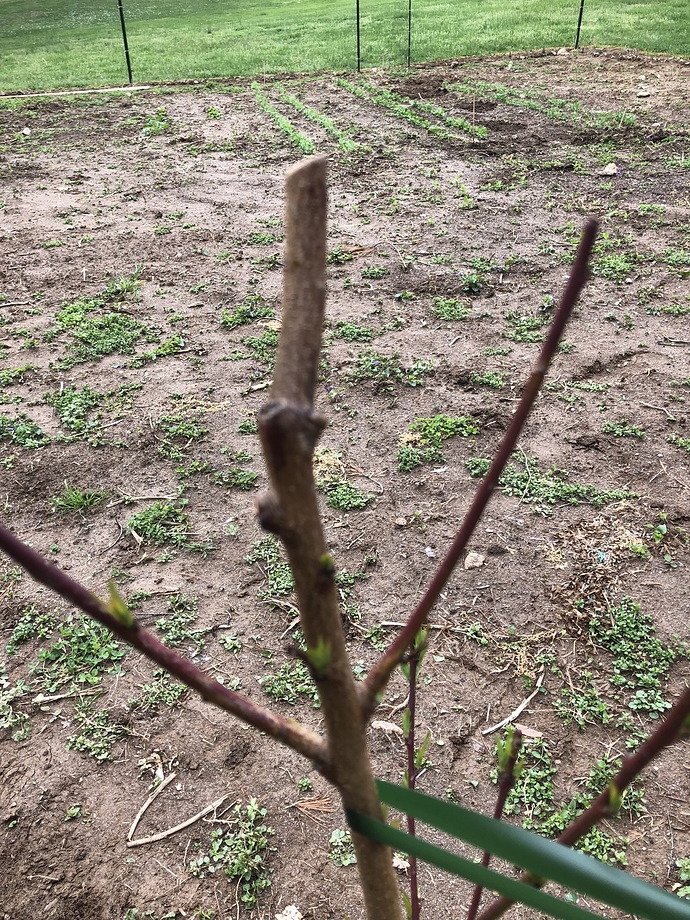 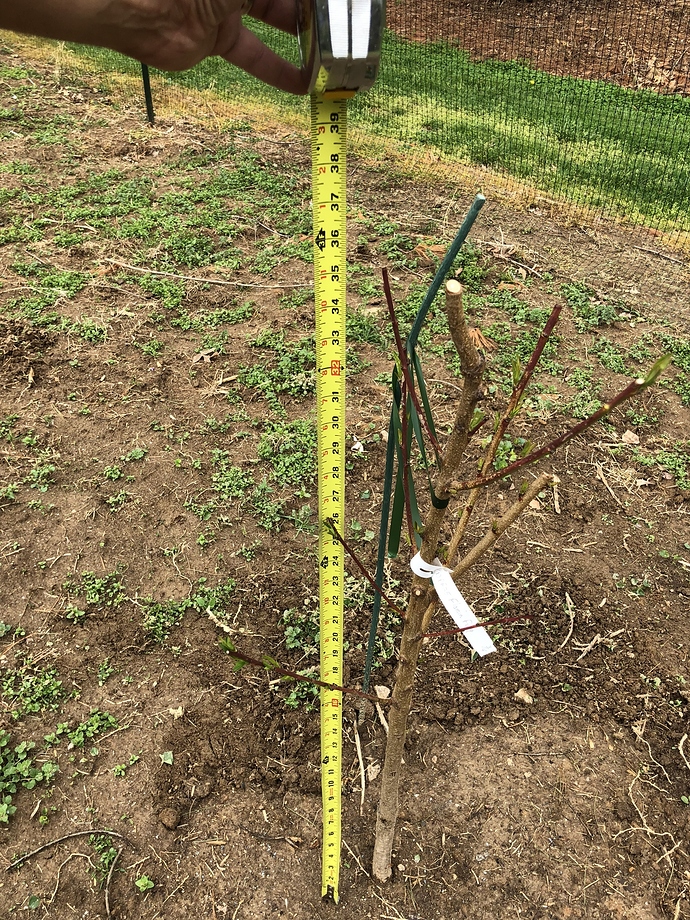 As far as I can tell, you’ve got some nice potential selections of scaffolds. I generally choose my scaffolds in between 1 to 2 feet. You don’t have to do it that way, but that works for me. Any lower than 1’ and it’s hard for me to get mowing/spraying equipment underneath. Any higher than 2’ is generally unnecessary - generally .

In the second picture, I’d probably remove the big stub scaffold facing the camera, and second biggest scaffold a little lower pointing toward the right. I’d choose my scaffolds from the remaining shoots. I generally like 3 scaffolds, 4 max.