My tree scaffolds all start too low for any kind of baffle to be effective, so I’ve been running electric fencing around my trees. Seems to be somewhat worth the effort, as I’ve been able to keep coon and squirrels away for the most part.

I had decided to run the wire closer to the tree trunks this year, and trail cam pictures show the coons getting zapped as well as standing on their hind legs getting the low hanging fruit outside the electric fence. (Memo to self: make the darn fence go out beyond the branches next year…) 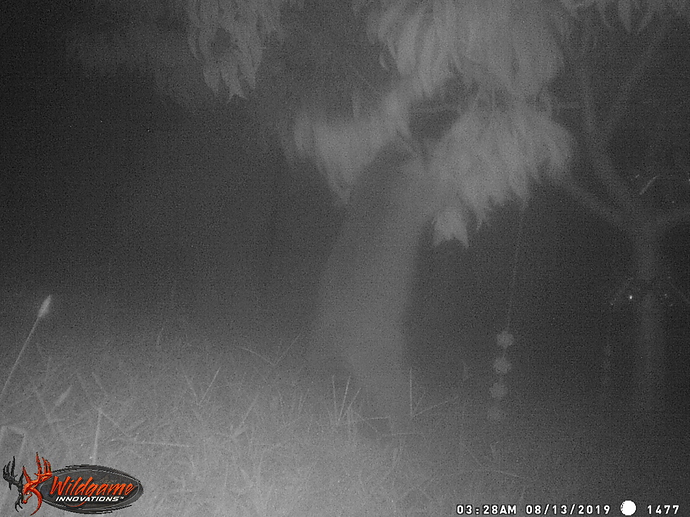 But today I found some Intrepid Peaches on the ground partially eaten. It occurred to me that I found a PF17 peach the other day with what I thought looked like talon marks from the wise old Owl…, as he tried to grip the peach. 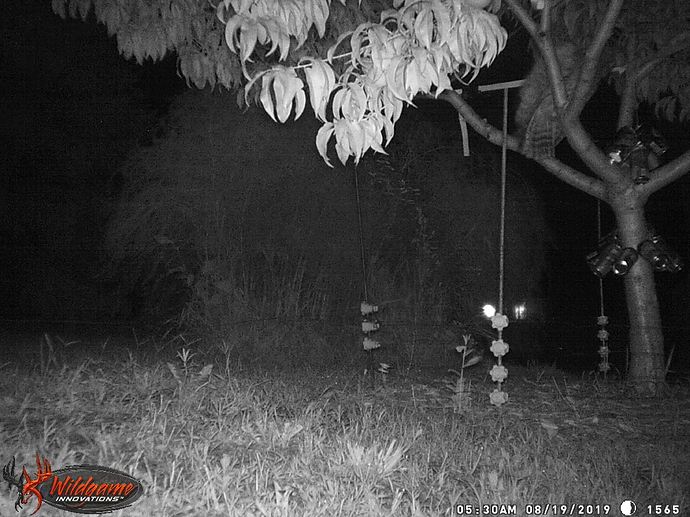 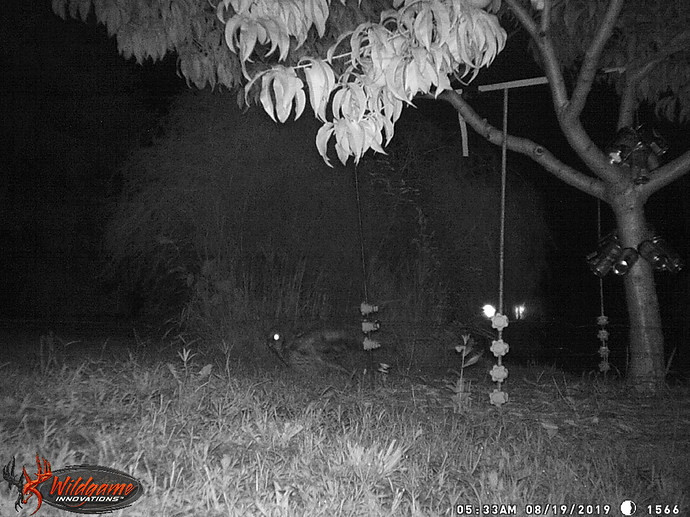 So I decided to take a few inside even though they’re a few days away. 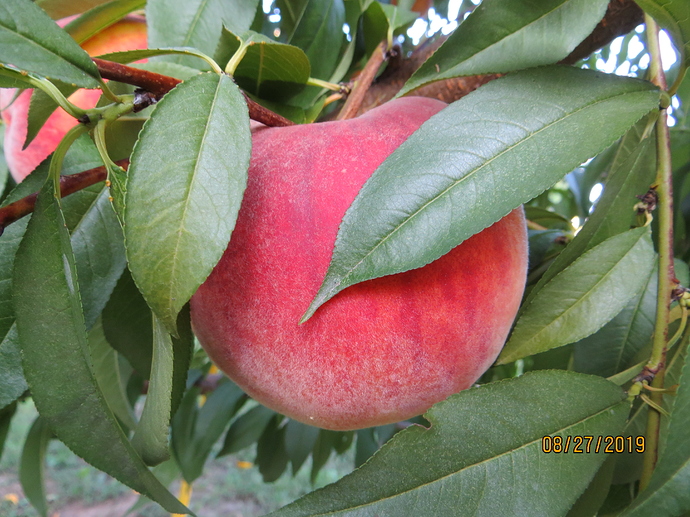 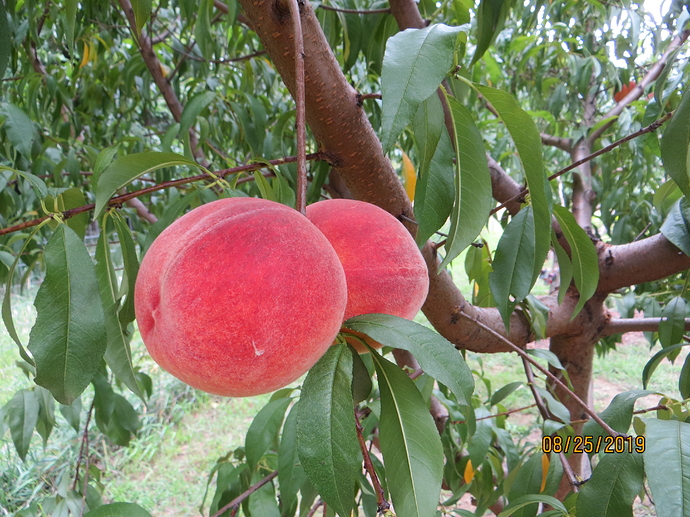 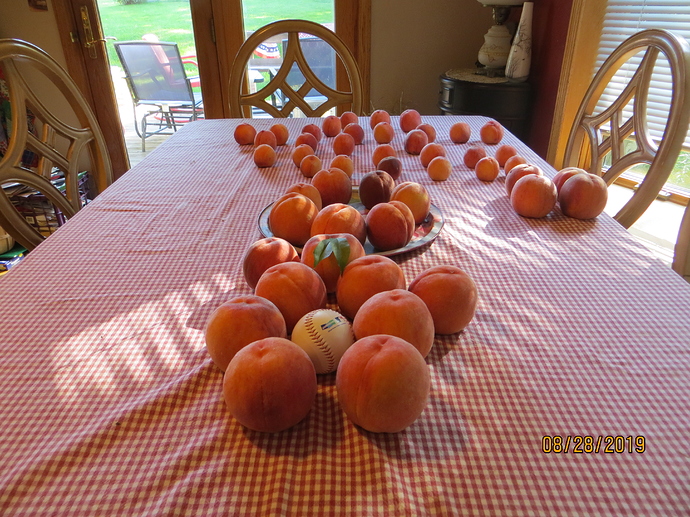 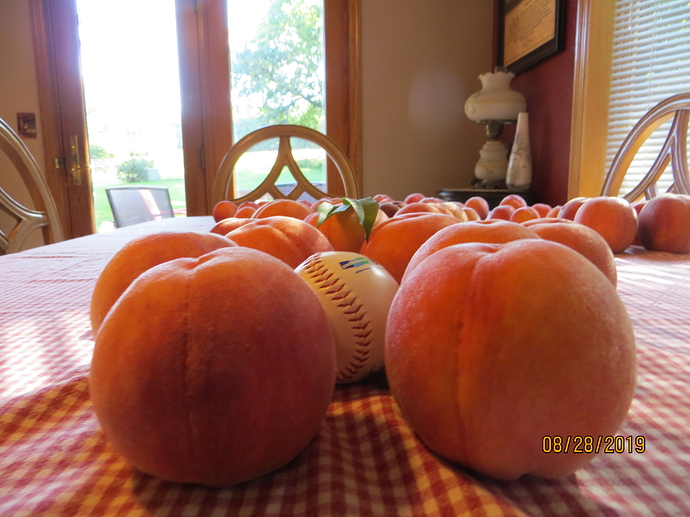 The far ones on the table are the last of the Redhaven, mostly smaller shaded out ones that aren’t as sweet as the bigger ones. I’m still freezing them up - they’re better than store bought.

Anyway, I have no answer for the owl, short of letting him ruin a few (3 Intrepid on the ground this morning and one Madison) and I hate having to harvest before I really want to - relying on them to finish up on the counter. GRRRR!!!

But hey, at least we had some peaches after a pretty cold winter

Jerry,
I learn something new everyday. I thought we had to worry only about day time birds. Not anymore!!!

I’ve gotten say, I like owls. Some look cute, others look majestic. They also take care of rats and other small animals for us. If it were my trees, I would let owls eat some fruit.

It’s just that he’s knocking Madison off I think just getting in his perch position… they’re not near ready and no marks on the ones on the ground.

In the case of the three Intrepid on the ground, he nearly ate one all gone, and yet he chose the biggest one that my grandson had his eye on… and just mutilated about 1/2 of it. Kinda just feeling bad of my li’l 10 year old grandson - we’d walked over there the other day and he’d told me then that he wanted to “pick the biggest one”.

Well, Mr Owl beat him to it. (probably a teaching moment in there if I think on it long enough

I should have built a personal cage for the biggest one (I did that last year on a few out of chicken wire) but just never got around to it. (trying to get some CRP ground mowed before the marestail takes over!)

He’s coming over in a little bit and we’ll pick a few bigger ones before the Owl gets 'em - even if we have to pick under cover of the night with flashlights!

Maybe put some tootsie pops out there?

Well he made it over tonight and was able to get a few good sized ones. He was happy anyway! 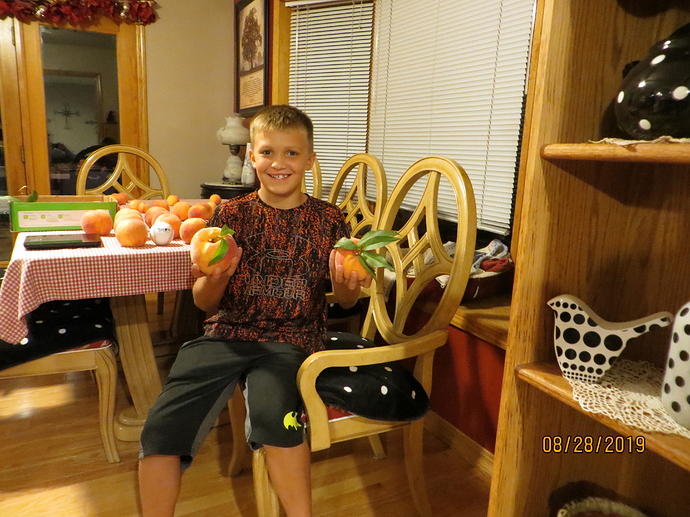 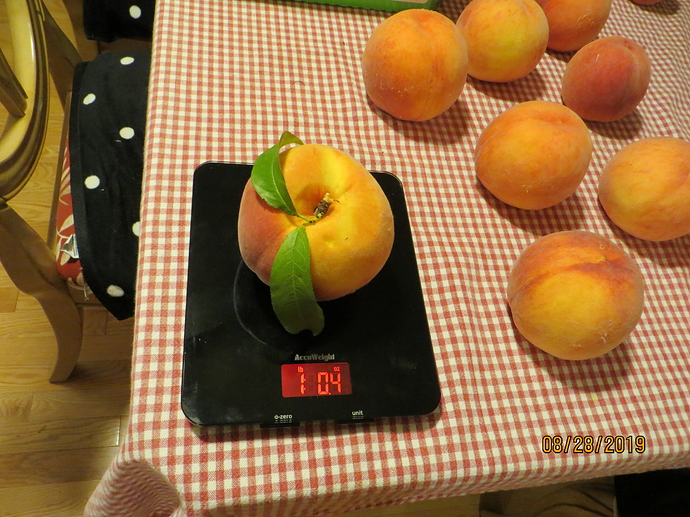