Pear tree - Is this fireblight?

we have a pear tree in our yard that has always been problematic. It has been riddled with diseases (pear trellis rust, as well as black spots on leaves and fruit, premature fruit and leaf drop, poor growth, etc). I’ve tried to get it to a better state in the last two years by mulching it, spraying with a universal fungizide and applying a glue ring to reduce ants/aphids.

It has put on a lot of growth this year but several of the new shoots are drooping and the leaves are starting to wilt. I’m worried that this looks a lot like fireblight, which we haven’t had in our area up until now. Some of the affected shoots are close to the main stem. What do you think? 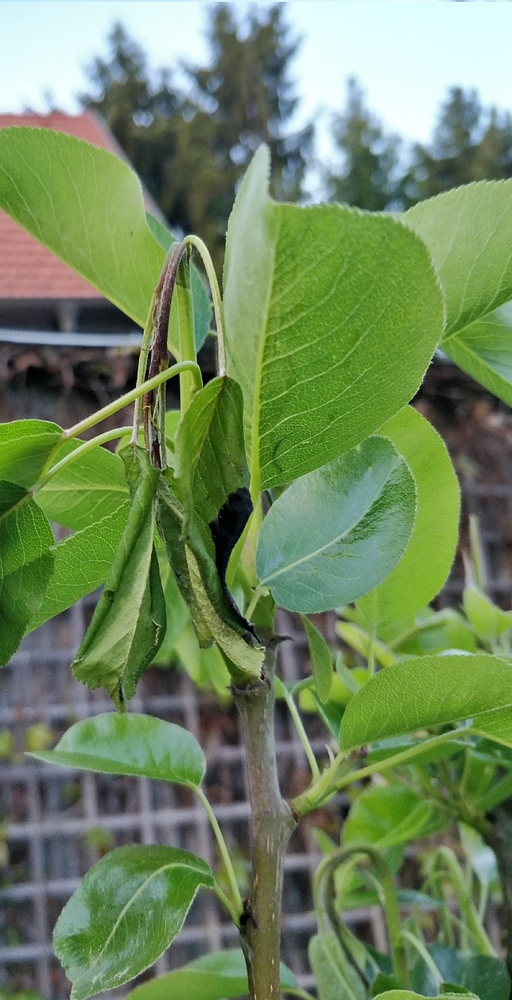 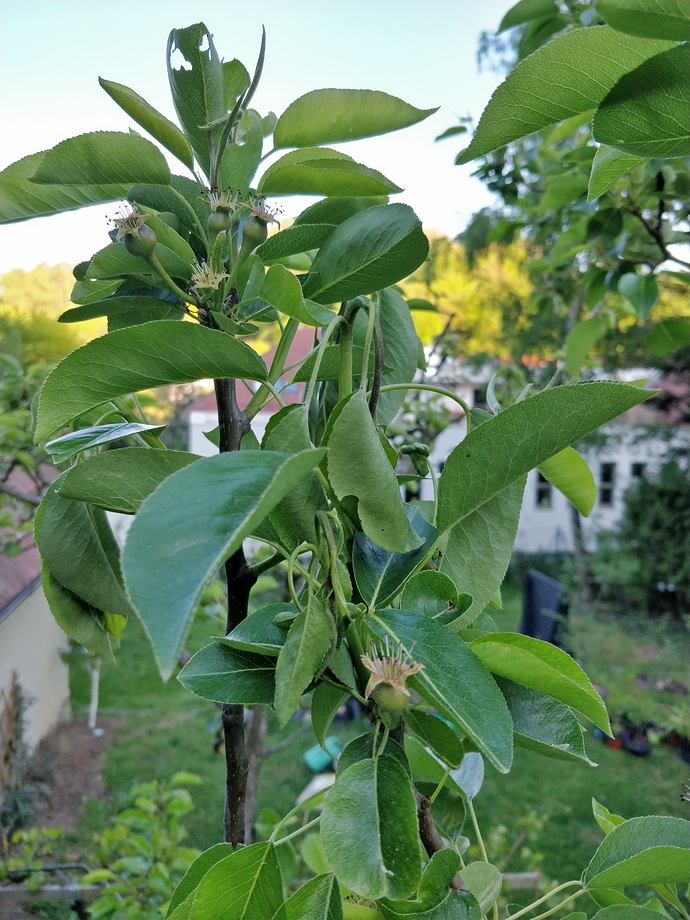 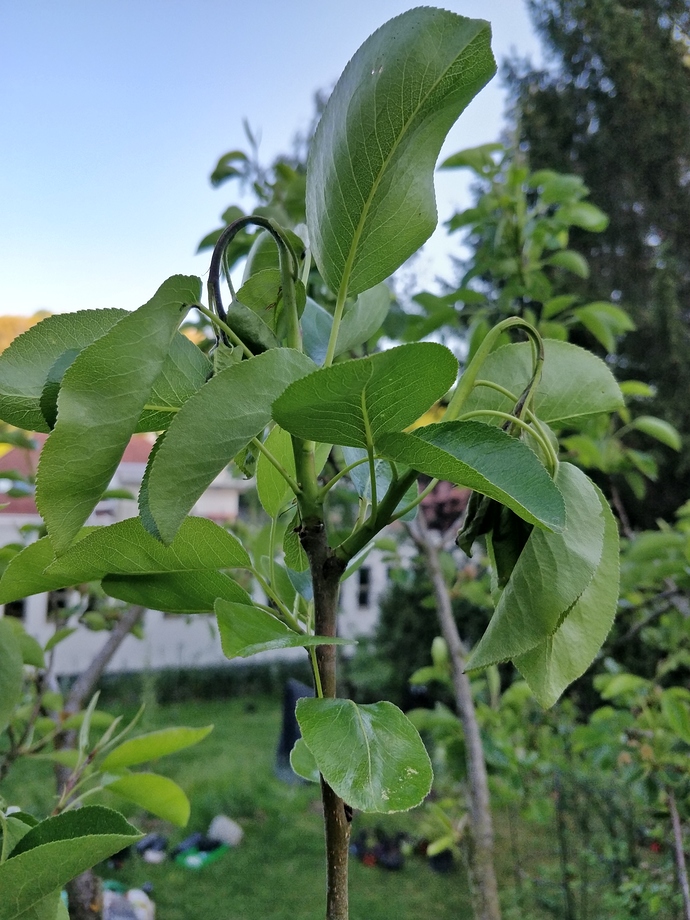 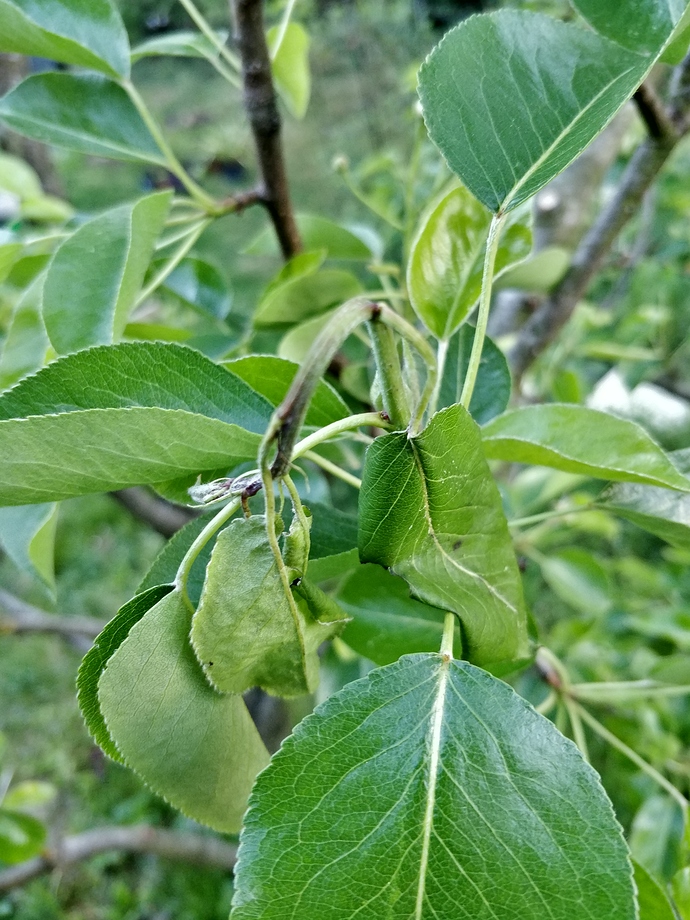 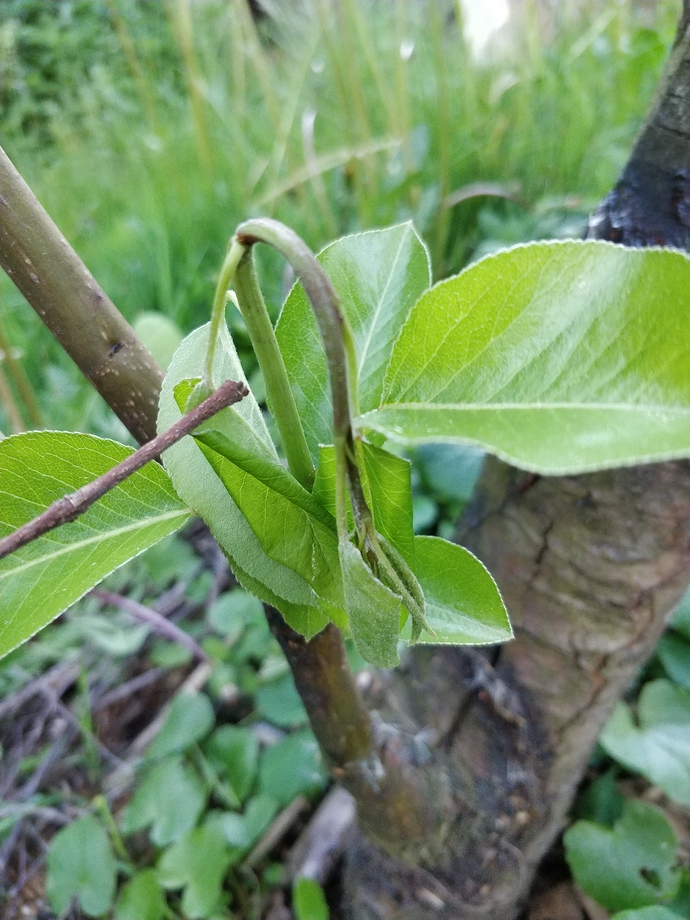 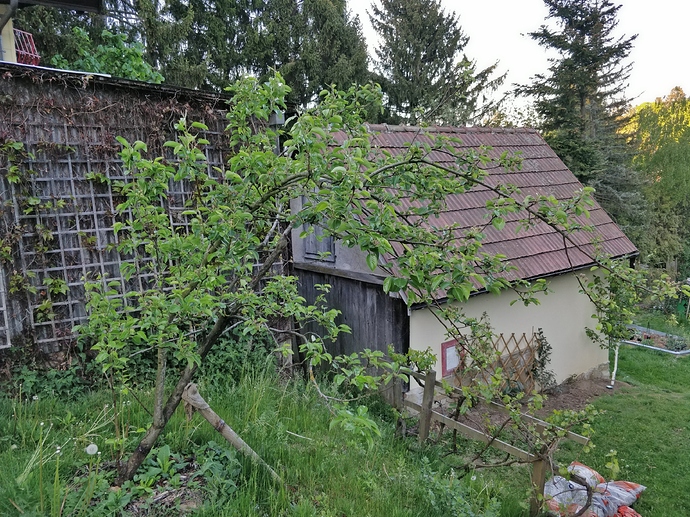 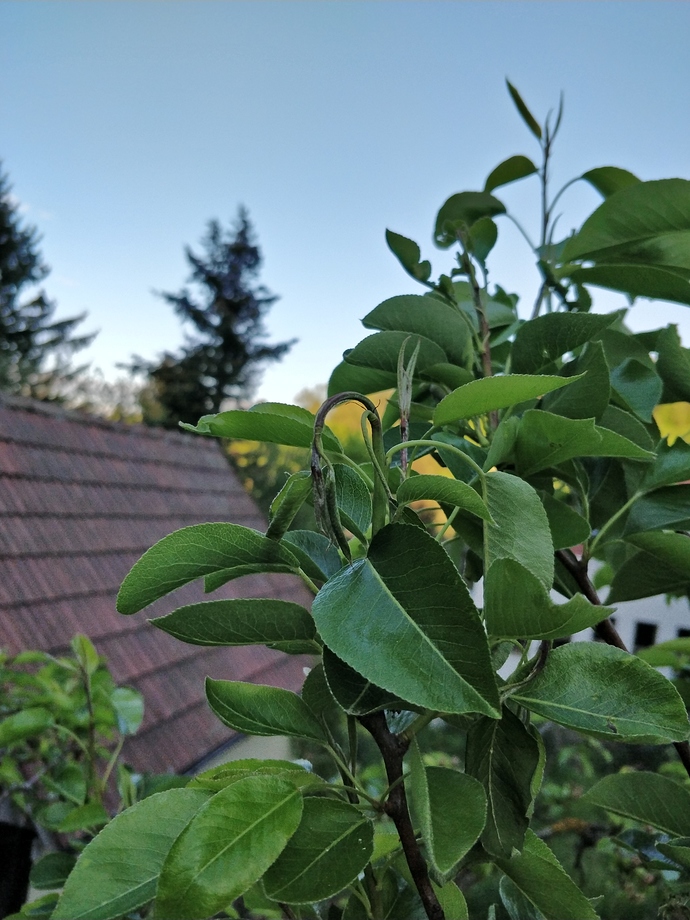 Yes, this is fireblight. It’s caused by a bacteria so fungicide won’t prevent it. The dying shoots need to be all broken off and disposed of. Do you know what variety it is? Our wet spring caused some fireblight on one of my trees.

I don’t know the variety for sure, my father who planted it thinks it’s a Williams pear. It produces yellow pears without any tinge that are mealy and soft when you let them ripen on the tree. They also have no shelf life. Not very good if you ask me

But I thought this could be due to bad state the tree is in.

That looks like the beginning of fire blight. From your description, this pear seems to have little value except for a sentimental one as you dad planted it.

As a general rule, blight prone fruit trees should be removed. You may want to look for replacing it with good eating pear.

Fireblight, writing as someone with a lot of unfortunate experience asking that same question. The answer is almost always yes.

But, it hadn’t had fireblight in past? (Not until you fertilized it.) So it sounded in the post.

No, we haven’t had any fireblight up until now. This tree is at least 8 years old, possibly 10, according to my father.

It looks like FB to me and it is probably a tree with low resistance. The more important question is what course of action to take. My opinion is to remove the tree and replace with a more resistant variety. It is a long shot but there might be an option to graft to the rootstock with a resistant variety.