I often do things with my grands without thinking the process over. My six year old granddaughter thought it would be a good idea to grow peanuts. Because my grands almost always get what they want from Pop we went to Publix and you guessed it. Right on the shelf was a bag of raw Jumbo peanuts. That afternoon we ate a big portion of them and at the last minute decided to save some to plant. A few months later we have plants blooming. I’m not sure what comes next other than sometime later we dig/pull up the plants. My peanut experience is limited to stopping on the trip down to the Plains to watch a Auburn football game. Who would have thought that boiled peanuts would taste so good. 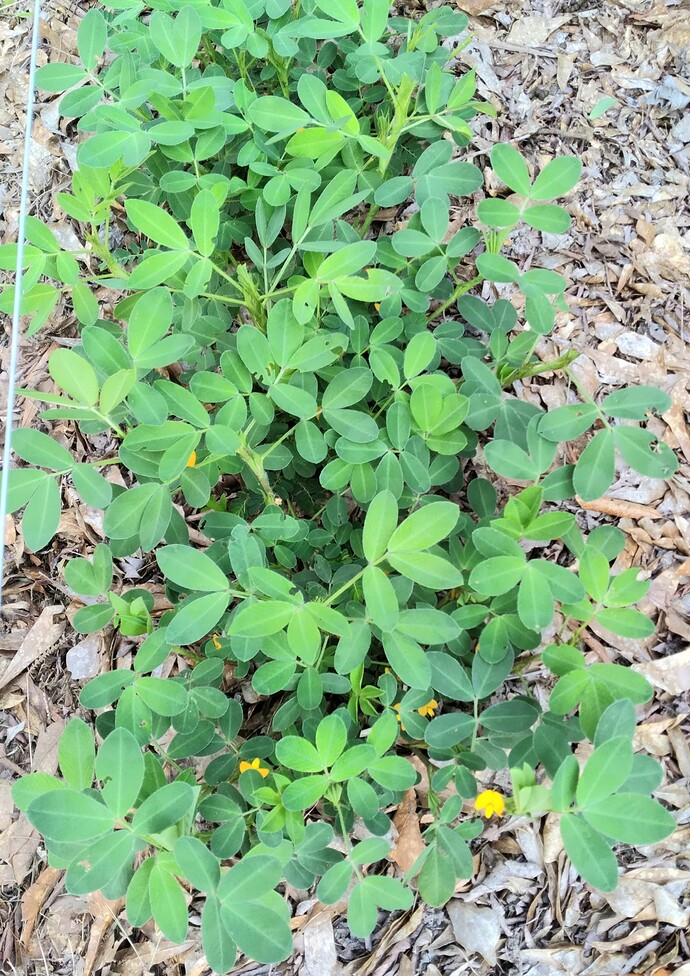 Jumbo peanuts are one of 4 types with several varieties that can be grown. They tend to sprawl fairly close to the ground with a thick central clump. Blooms set sequentially with an initial crown set followed by blooms down the runners. The initial set almost always mature before the flowers on the runners. When a peanut blooms, the flower is on a short peduncle. If pollinated, the peduncle elongates and “pegs” into the ground so the peanut can mature.

Harvesting peanuts gets down to recognizing when most of the crown set are mature along with as many of the runner nuts as possible but before the crown set nuts start to germinate in the shells. This is usually sometime between early September and mid-October. Jumbo’s tend to be later maturing so you will probably have peanuts ready to harvest in October. What do you look for? Watch carefully at the crown to see if any sprouts are growing. If they are, some of the crown set nuts have germinated. This does NOT mean you have to harvest them immediately, but it is a strong sign they need to be harvested within a couple of weeks. Sometimes they germinate because of heavy rain which does not necessarily correspond with maturity of the nuts out on the runners.

Harvest with a digging fork to get all of the nuts. Often a few nuts will be left in the soil and can be retrieved by hand. Rats are notorious for digging into the crown of the peanut plant and stealing the crown set nuts. It is best to harvest immediately if rats become a problem.